The moral sense, or conscience, is as much a part of man as his leg or arm. It is given to all human beings in a stronger or weaker degree, as force of members is given them in a greater or less degree. It may be strengthened by exercise, as may any particular limb of the body. This sense is submitted, indeed, in some degree, to the guidance of reason; but it is a small stock which is required for this: even a less one than what we call common sense. State a moral case to a ploughman and a professor. The former will decide it as well, and often better than the latter, because he has not been led astray by artificial rules. 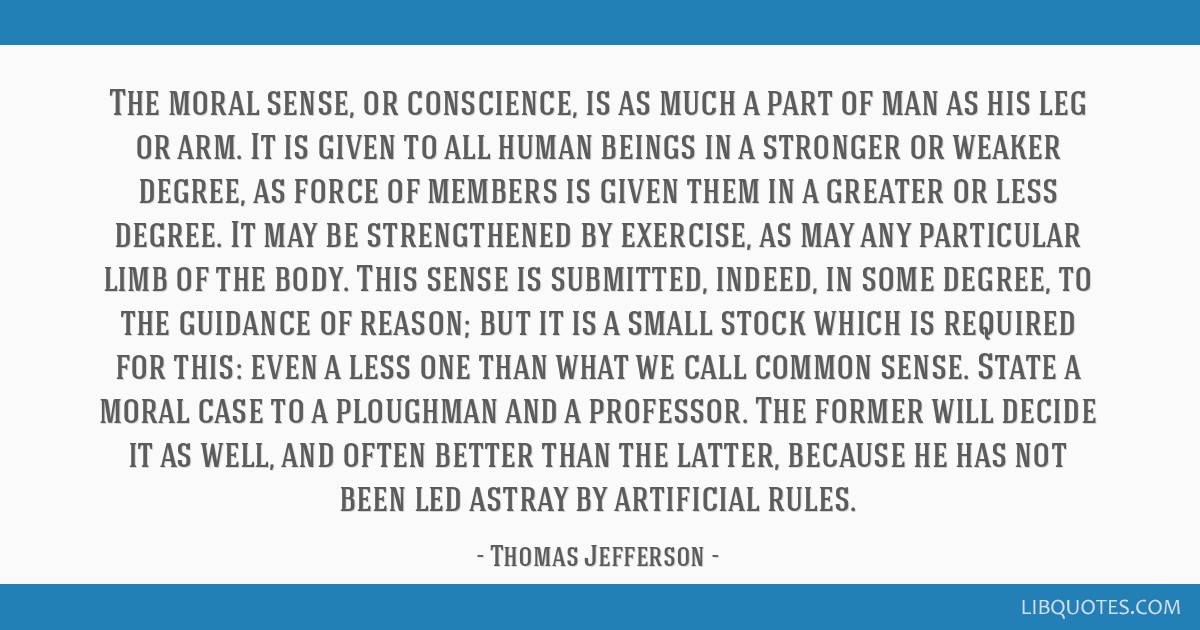 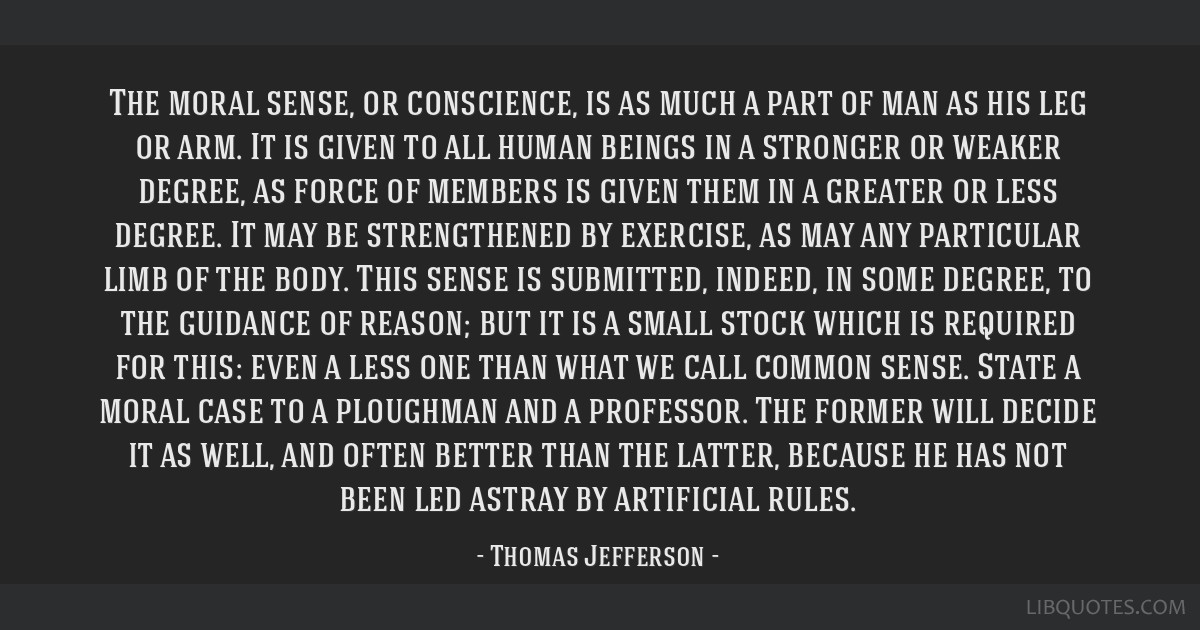 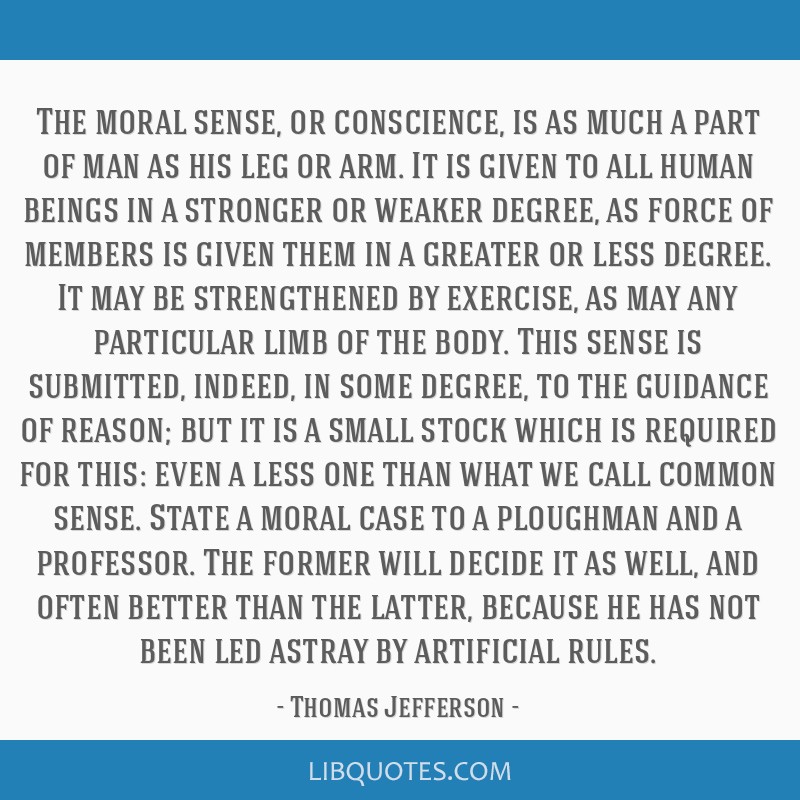 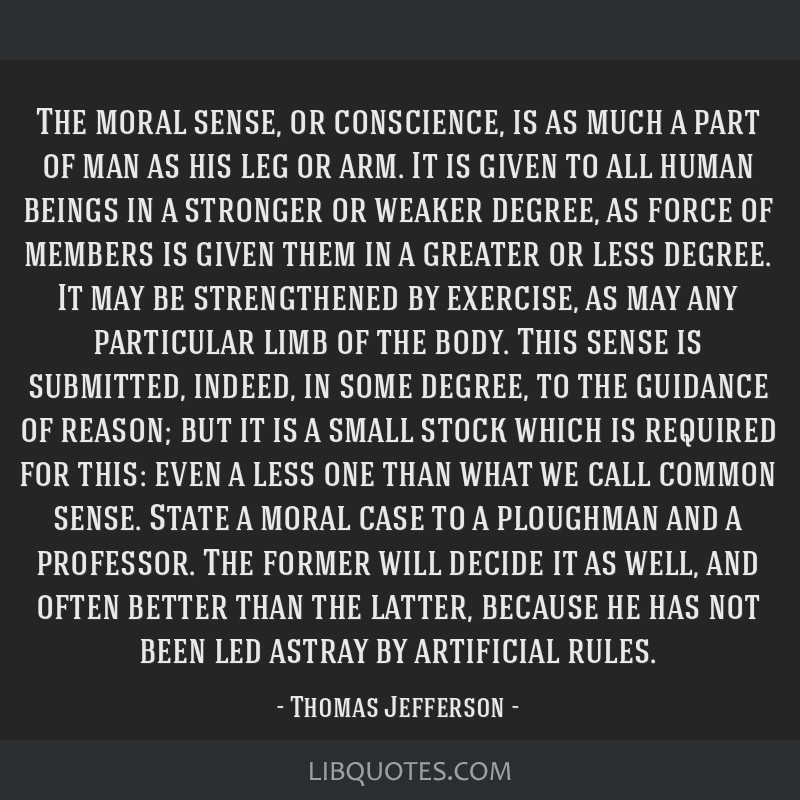