Merchants have no country. The mere spot they stand on does not constitute so strong an attachment as that from which they draw their gains. In every country and in every age, the priest has been hostile to liberty. He is always in alliance with the despot, abetting his abuses in return for protection to his own. It is easier to acquire them, and to effect this, they have perverted the best religion ever preached to man into mystery and jargon, unintelligible to all mankind, and therefore the safer engine for their purposes. With the lawyers it is a new thing. They have, in the mother country, been generally the primest supporters of the free principles of their constitution. But there, too, they have changed. 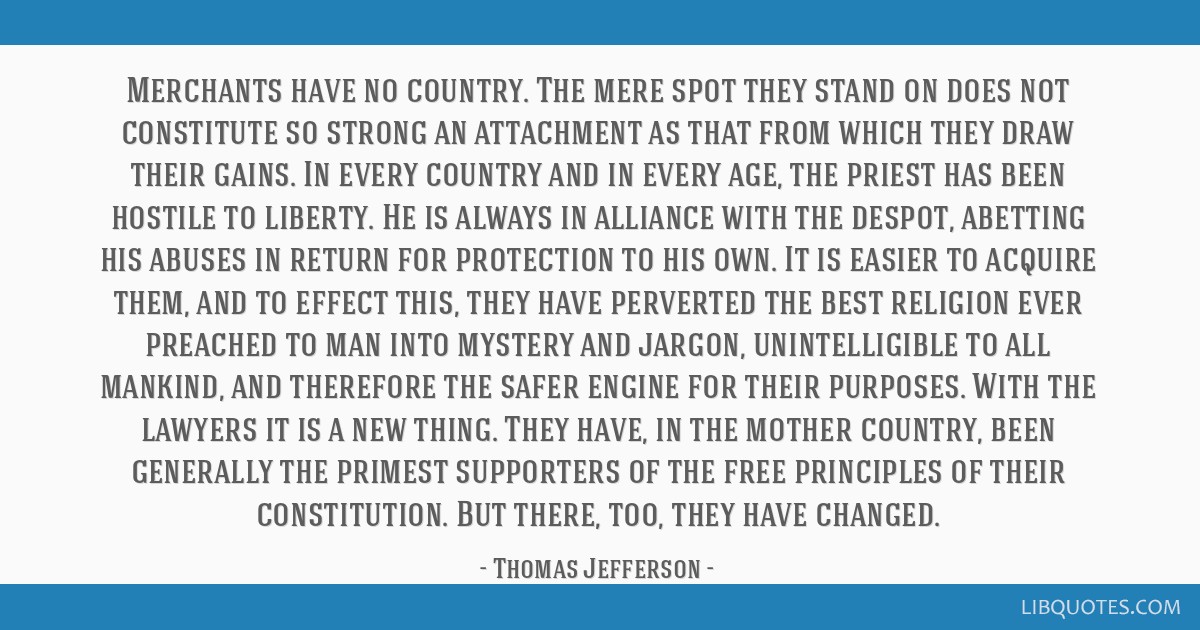 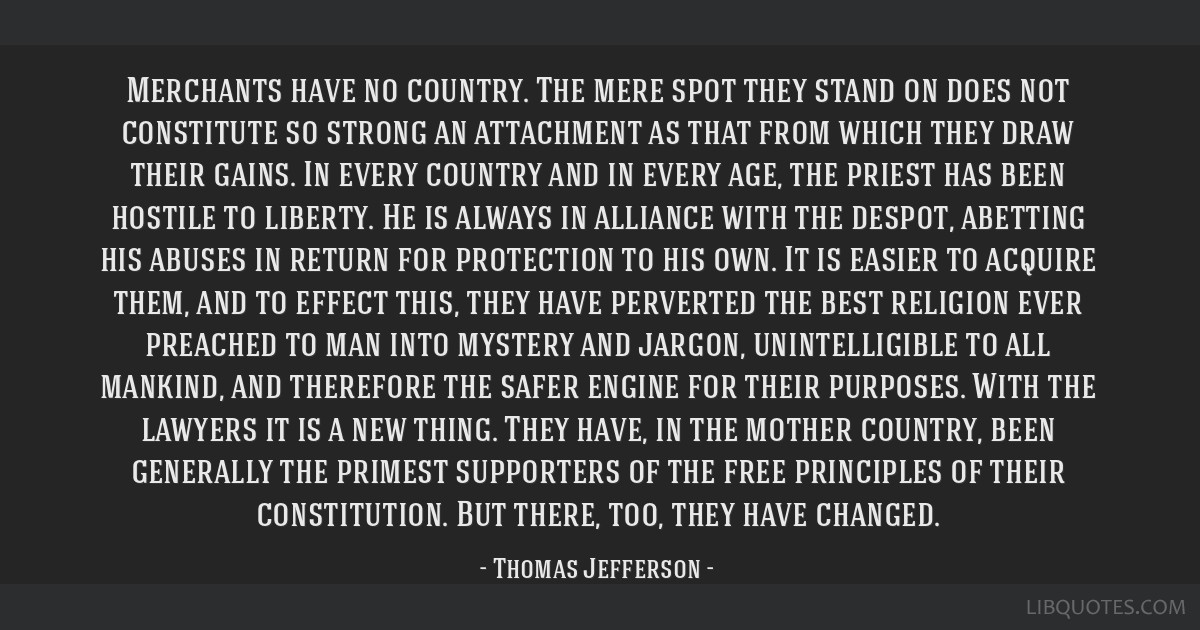 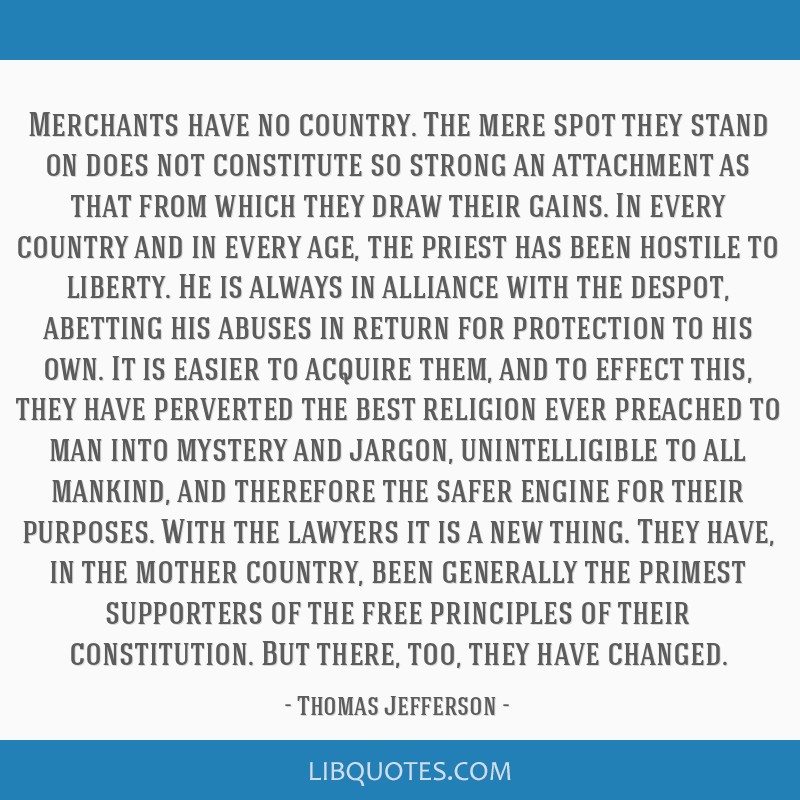 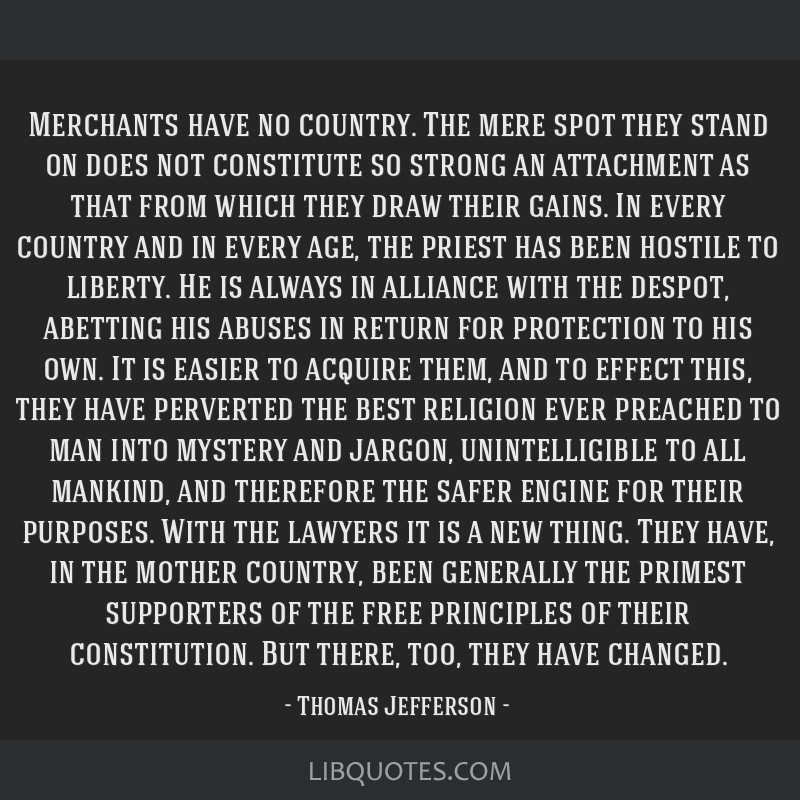