In 1980s the African National Congress was still setting the pace, being the first major political formation in South Africa to commit itself firmly to a Bill of Rights, which we published in November 1990. These milestones give concrete expression to what South Africa can become. They speak of a constitutional, democratic, political order in which, regardless of colour, gender, religion, political opinion or sexual orientation, the law will provide for the equal protection of all citizens.
They project a democracy in which the government, whomever that government may be, will be bound by a higher set of rules, embodied in a constitution, and will not be able govern the country as it pleases. 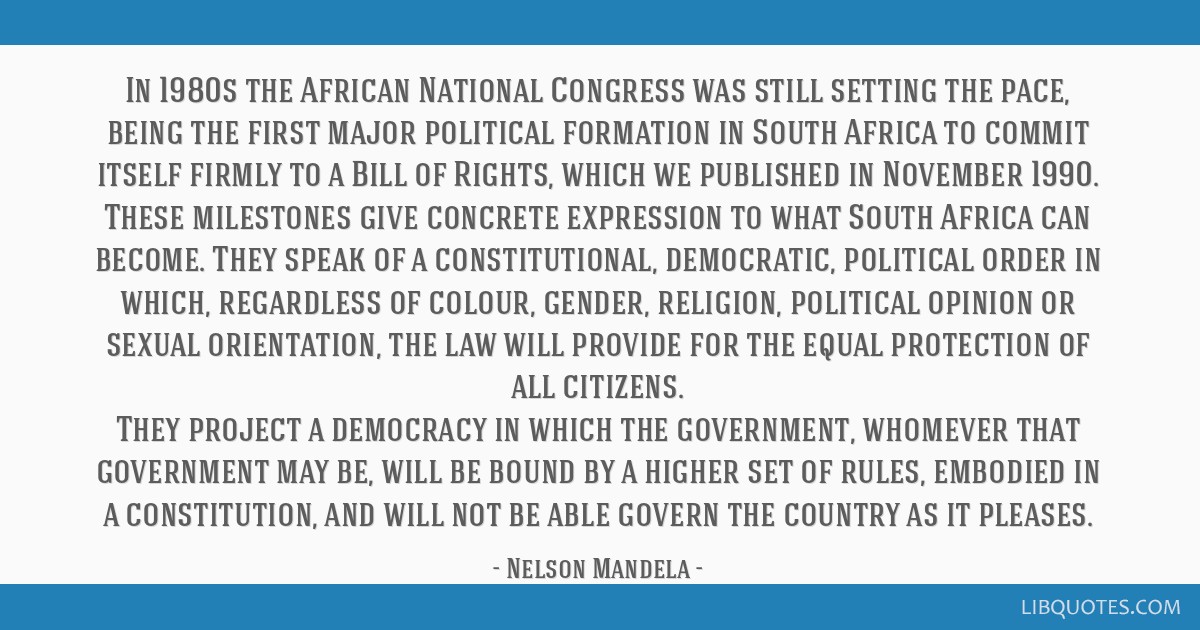 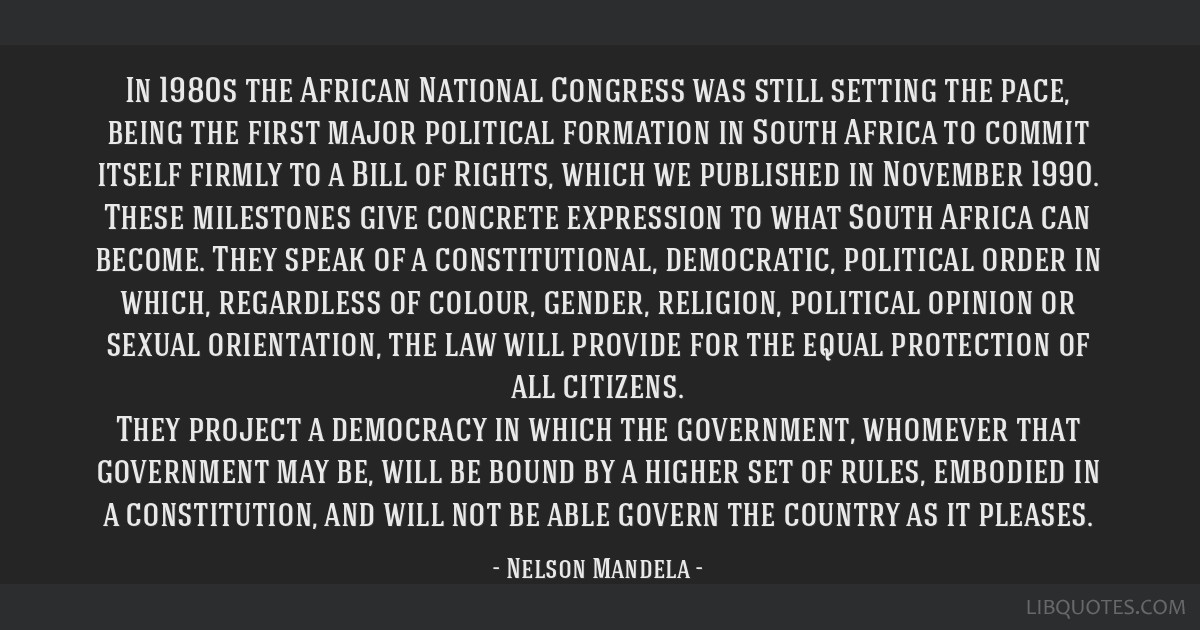 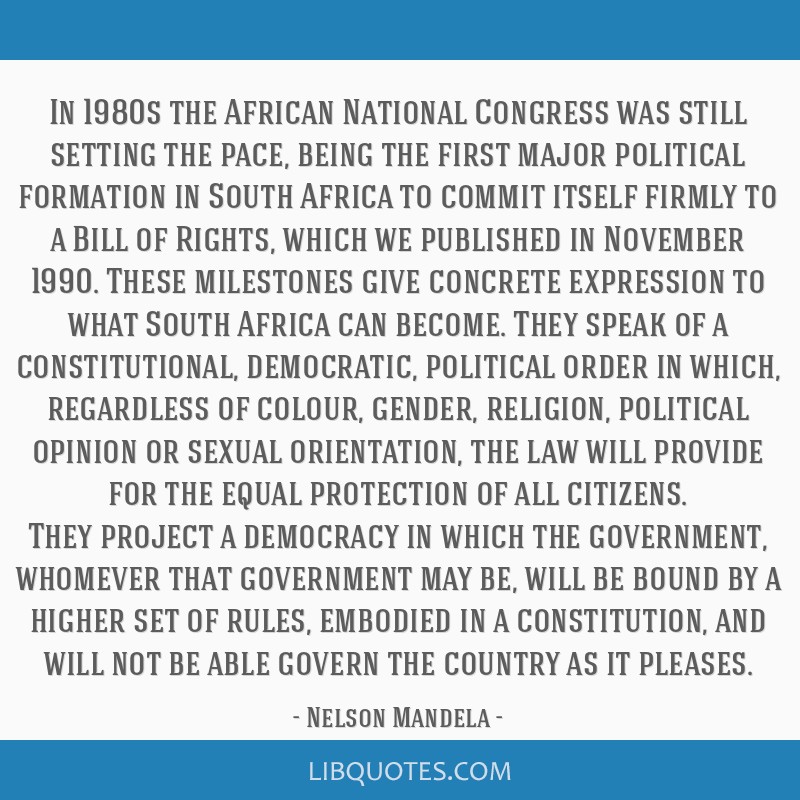 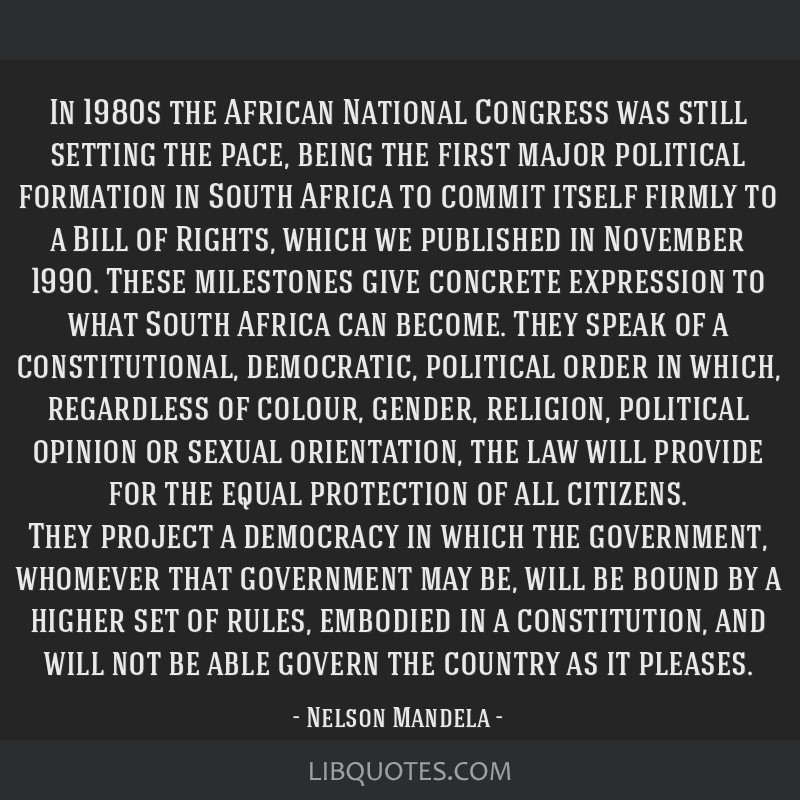