The Gandhian influence dominated freedom struggles on the African continent right up to the 1960s because of the power it generated and the unity it forged among the apparently powerless. Nonviolence was the official stance of all major African coalitions, and the South African A. N. C. remained implacably opposed to violence for most of its existence. 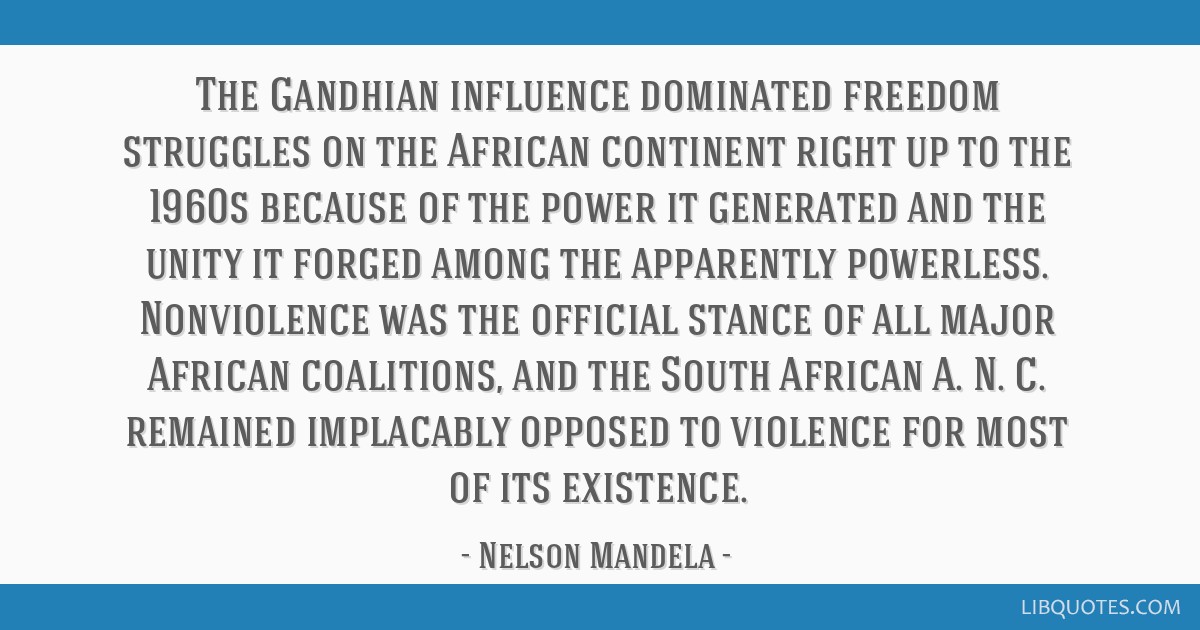 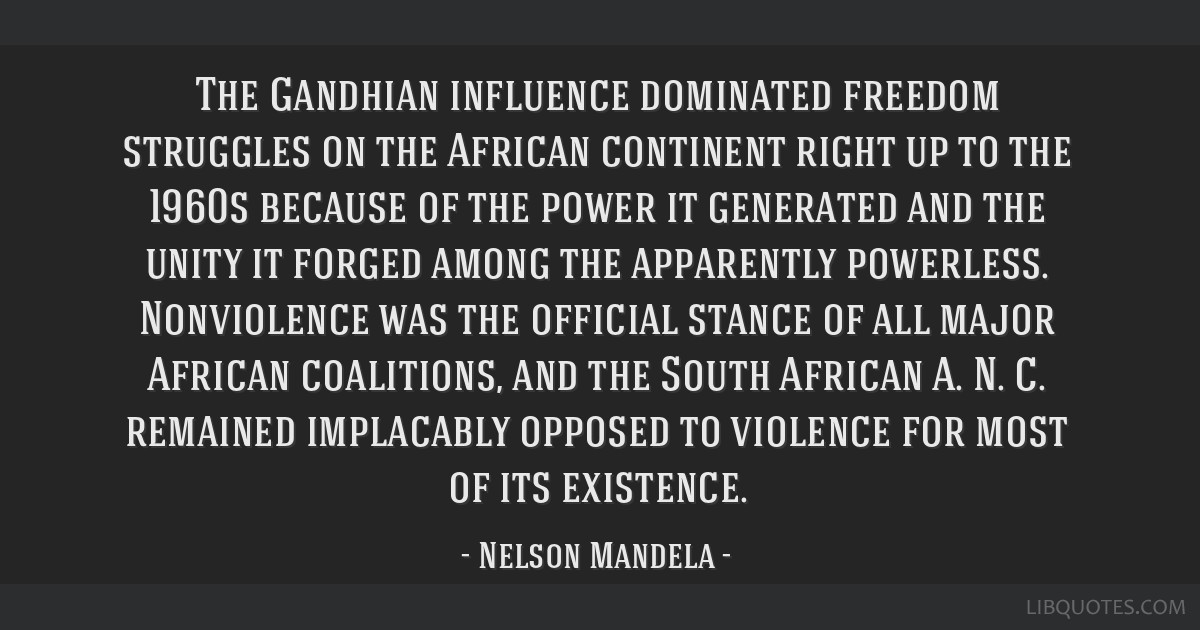 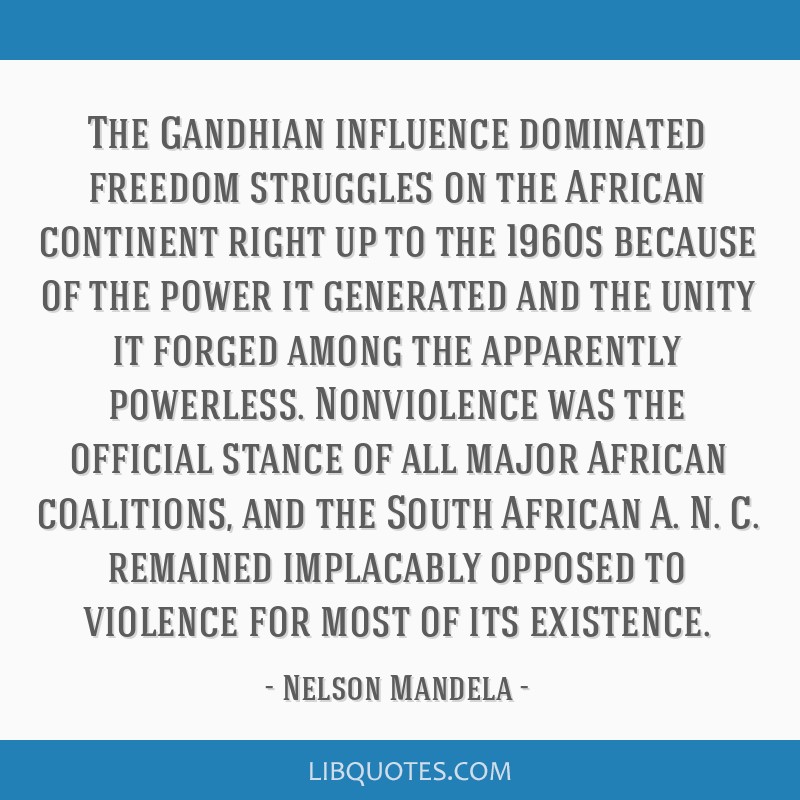 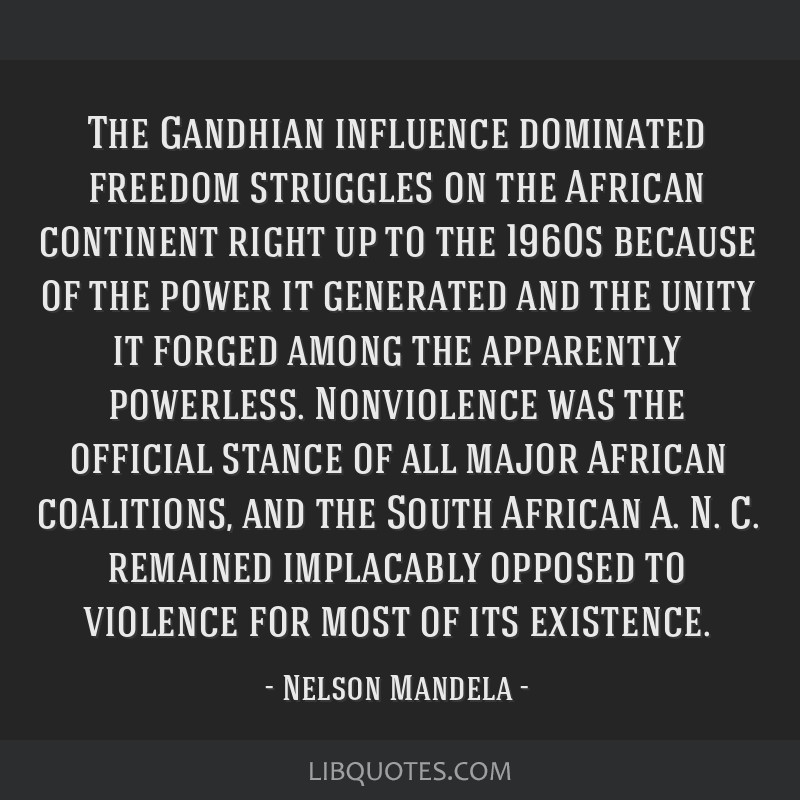