They also elect a capitan de guerra, a kind of commander-in-chief of the warriors, whose office it is to defend their homes and their interests both in the field and in the council chamber. Though not very warlike, these Pueblos are generally valiant, and well skilled in the strategies of Indian warfare; and although they have been branded with cruelty and ferocity, yet they can hardly be said to surpass the Mexicans in this respect: both, in times of war, pay but little regard either to age or sex. 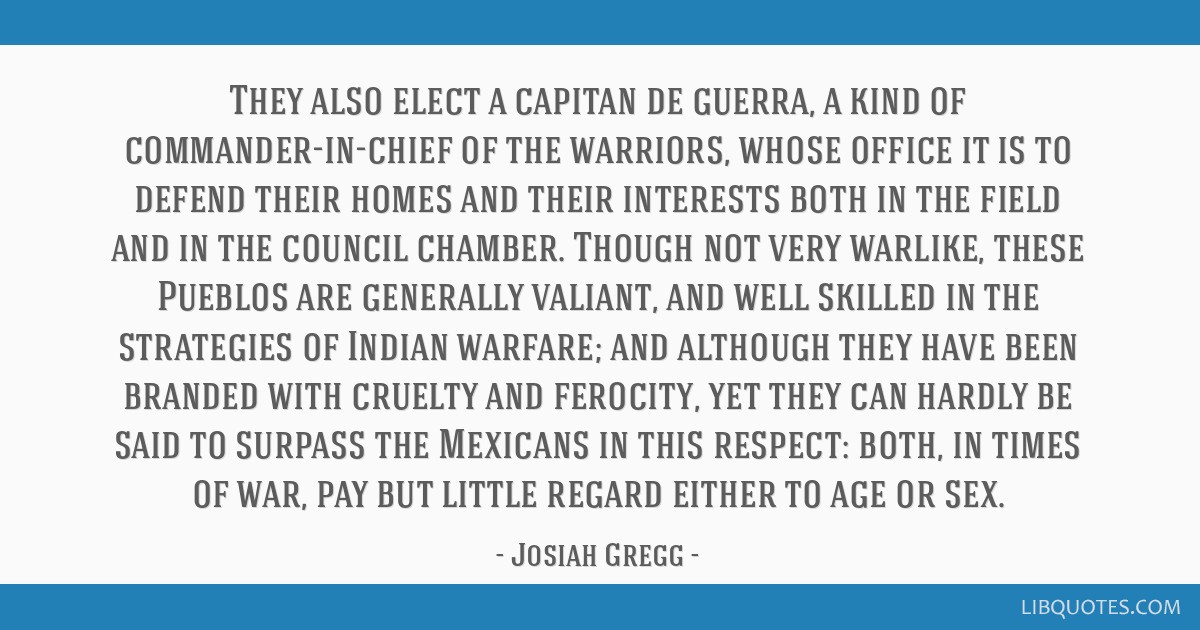 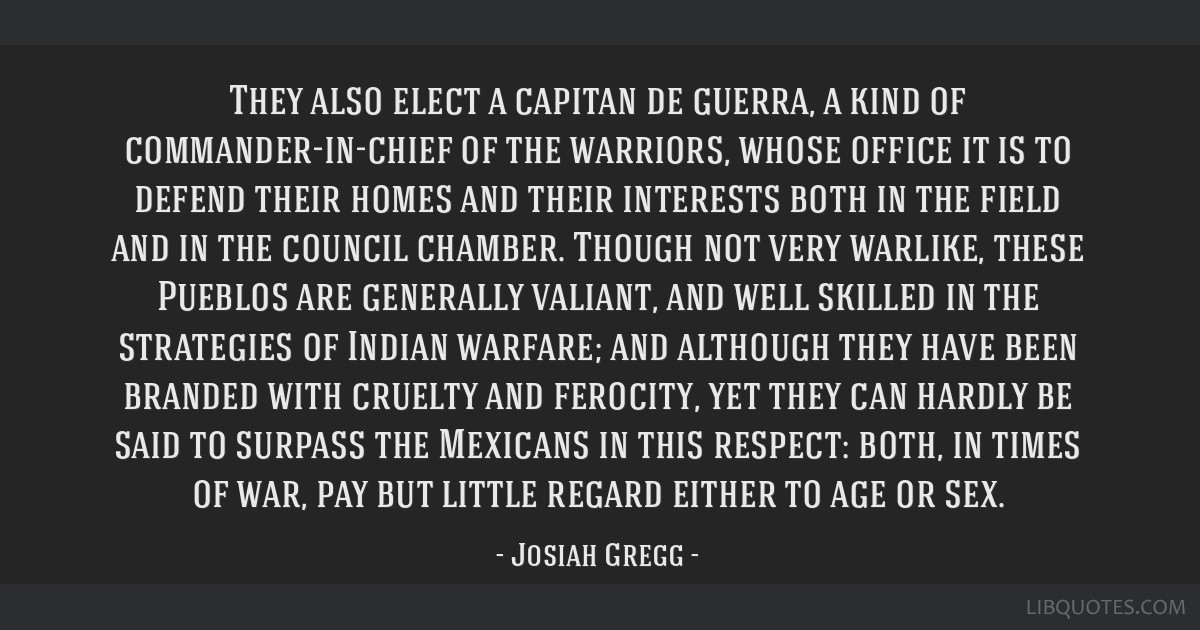 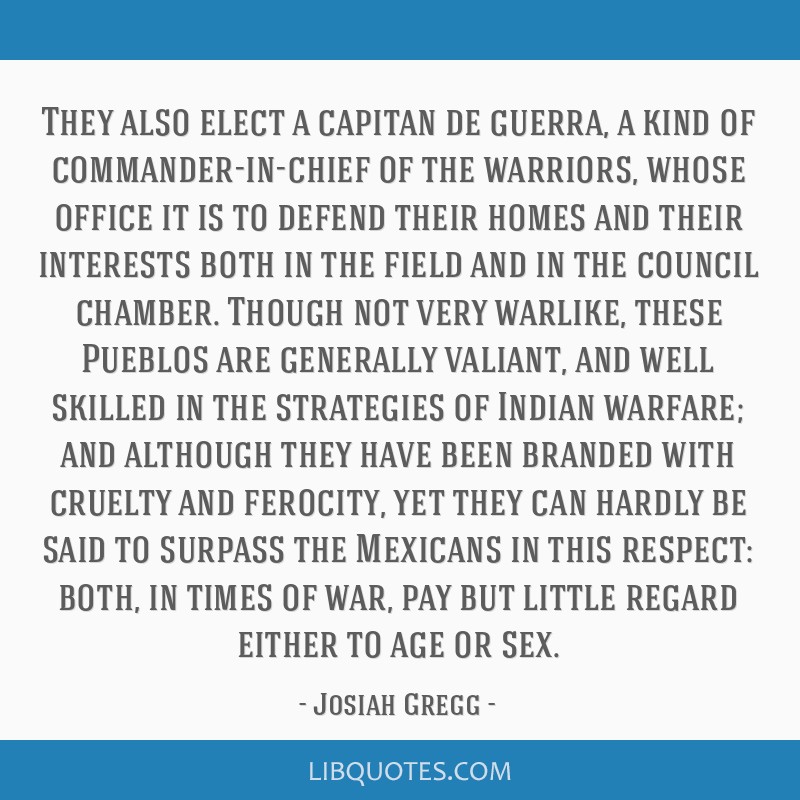 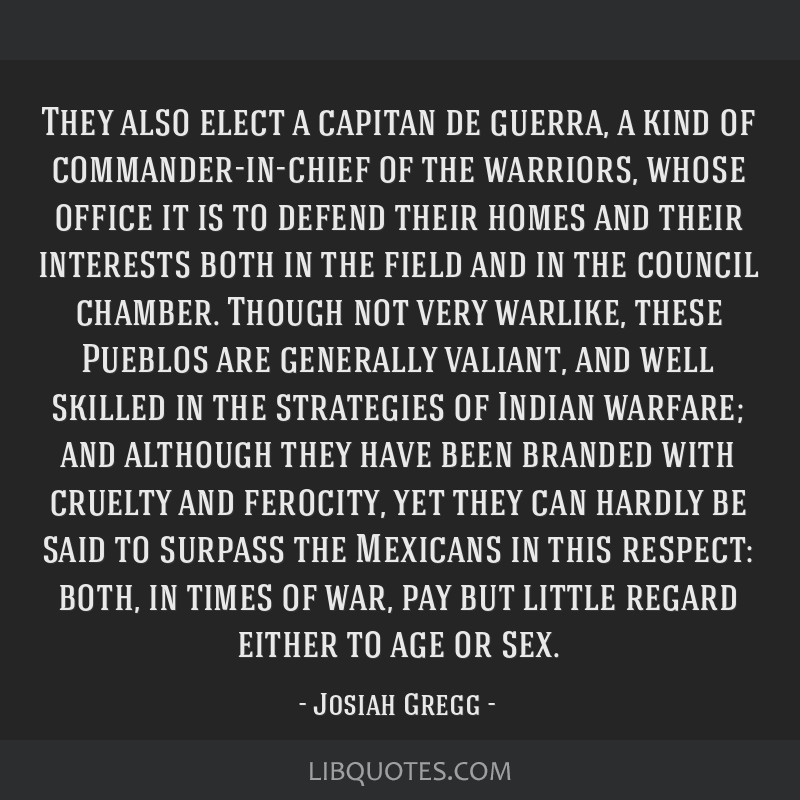