These occurrences took place in the month of October, 1833, and I reached Independence from Santa Fé while the excitement was raging at its highest. The Mormons had rallied some ten miles west of the town, where their strongest settlements were located.... a skirmish actually took place shortly after, in which a respectable lawyer of Independence, who had been an active agent against the Mormons, was killed. In short, the whole country was in a state of dreadful fermentation. 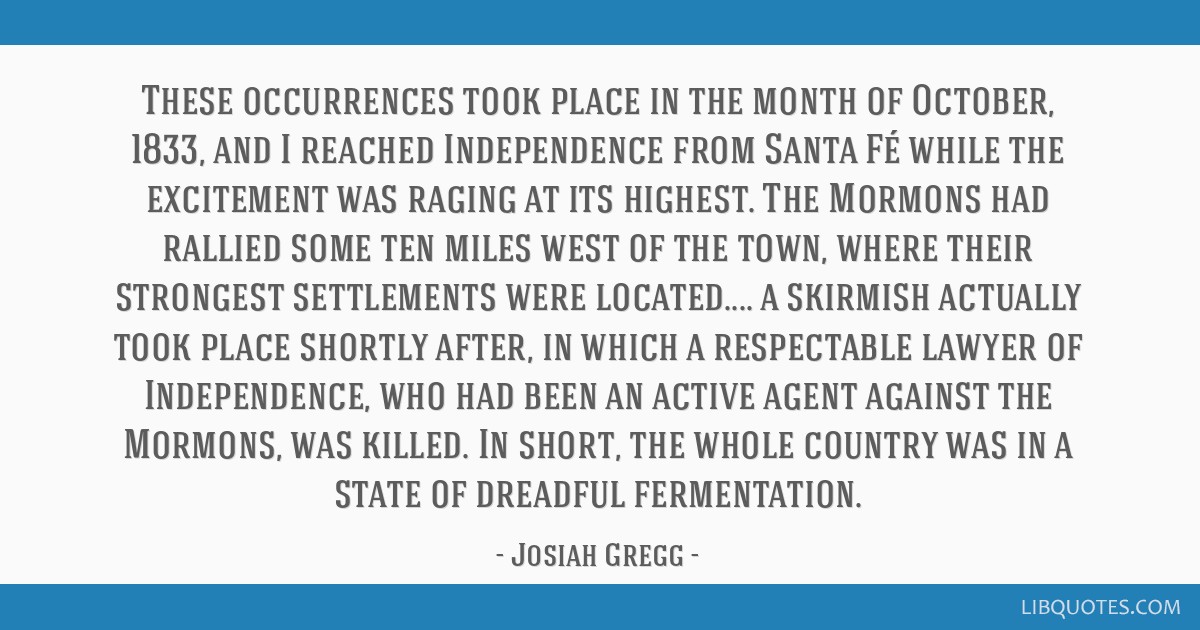 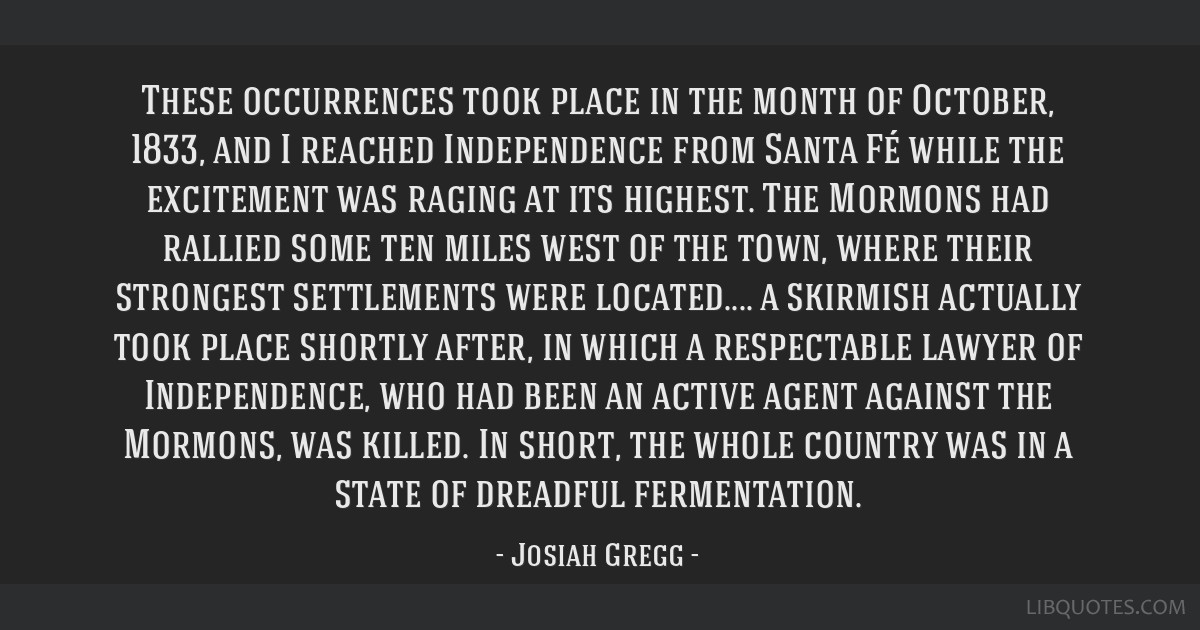 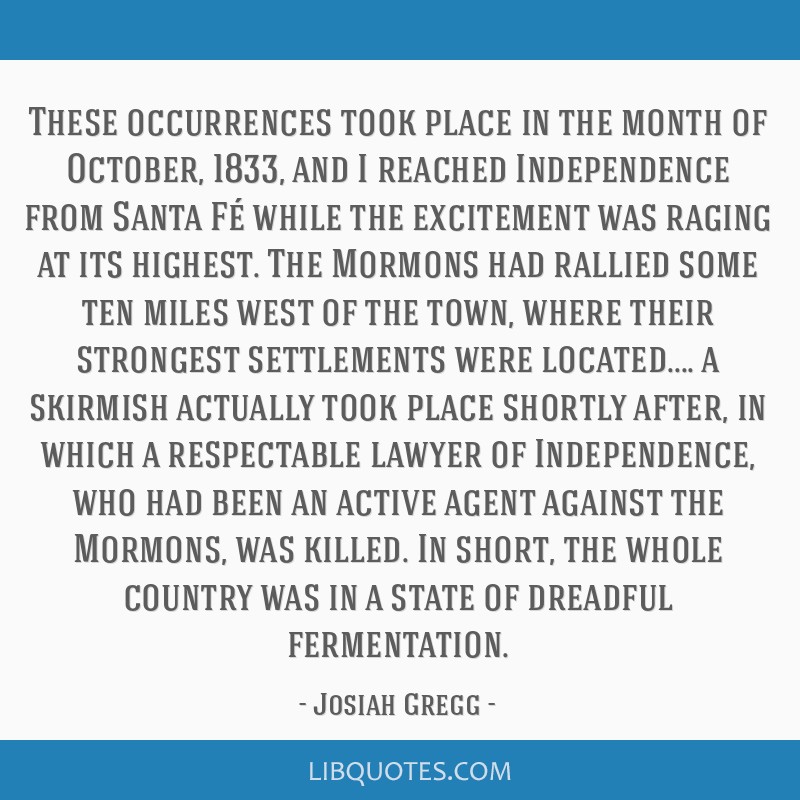 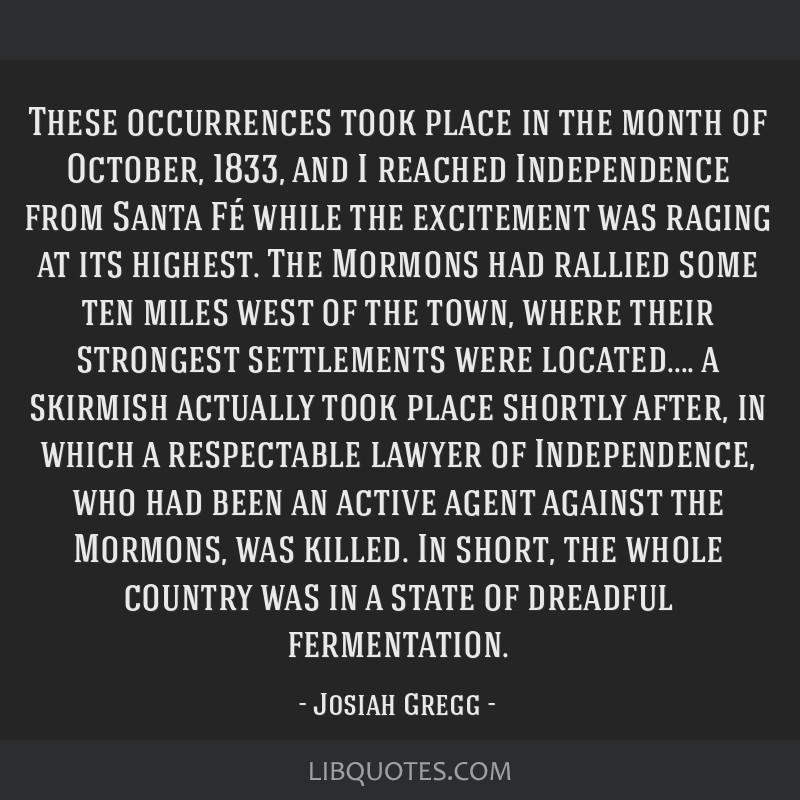