Each Pueblo is under the control of a cacique or gobernadorcillo, chosen from among their own sages, and commissioned by the governor of New Mexico. The cacique, when any public business is to be transacted, collects together the principal chiefs of the Pueblo in an estufa, or cell, usually under ground, and there lays before them the subjects of debate, which are generally settled by the opinion of the majority. No Mexican is admitted to these councils, nor do the subjects of discussion ever transpire beyond the precincts of the cavern. The council has also charge of the interior police and tranquility of the village.

Commerce of the Prairies, Chapter 14 - The Pueblos 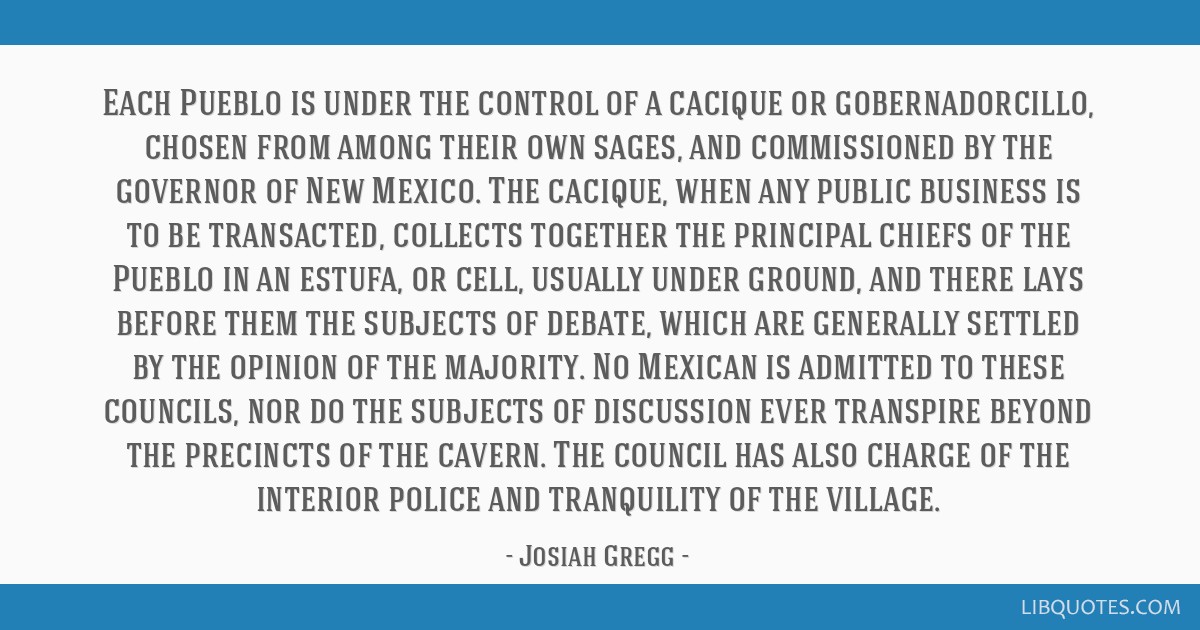 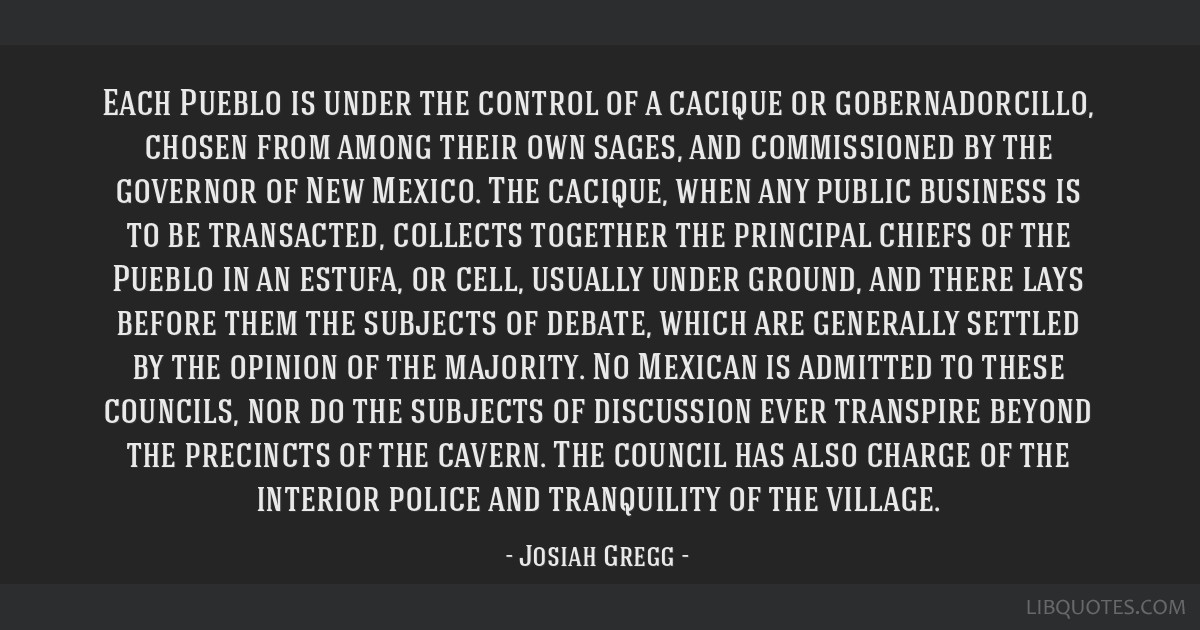 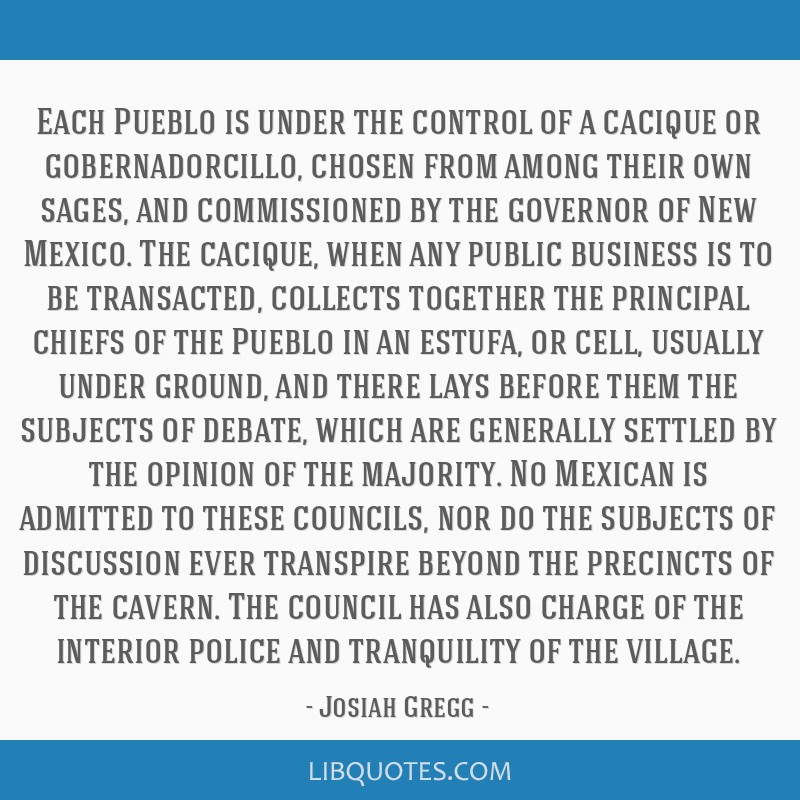 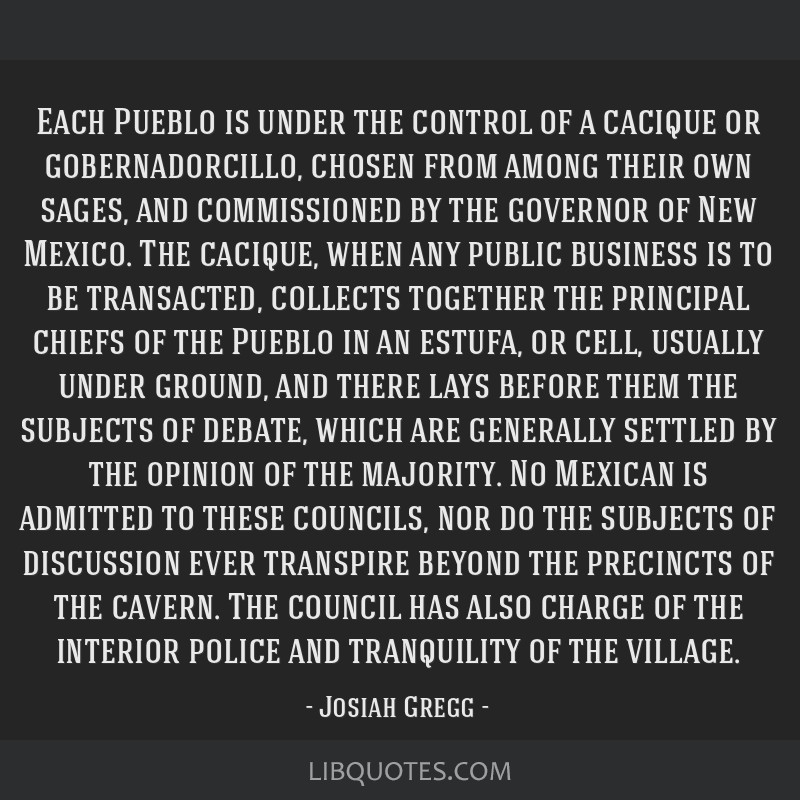