On the 25th of February we set out from Santa Fé; but owing to some delays, we did not leave San Miguel till the 1st of March. As the pasturage was yet insufficient for our animals, we here provided ourselves with over six hundred bushels of corn, to feed them on the way. This time our caravan consisted of twenty-eight wagons, two small cannons, and forty-seven men, including sixteen Mexicans and a Comanche Indian who acted in the capacity of guide.... We had... nearly three hundred sheep and goats. The sheep were brought along partially to supply us with meat in case of emergency: the surplusage, however, could not fail to command a fair price in the United States. 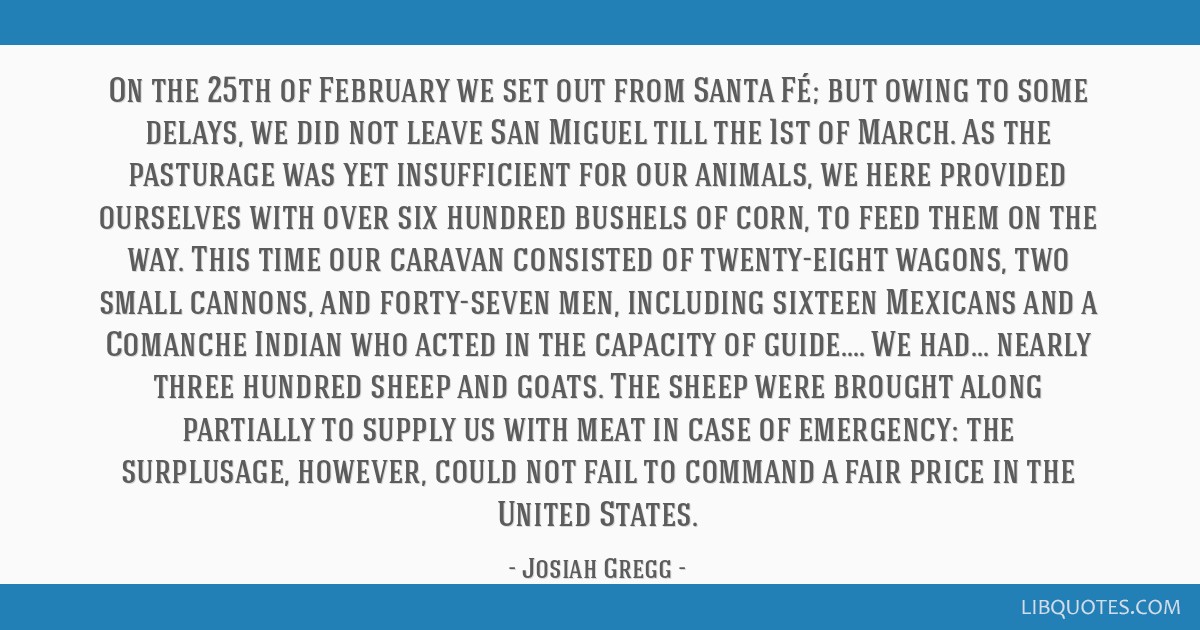 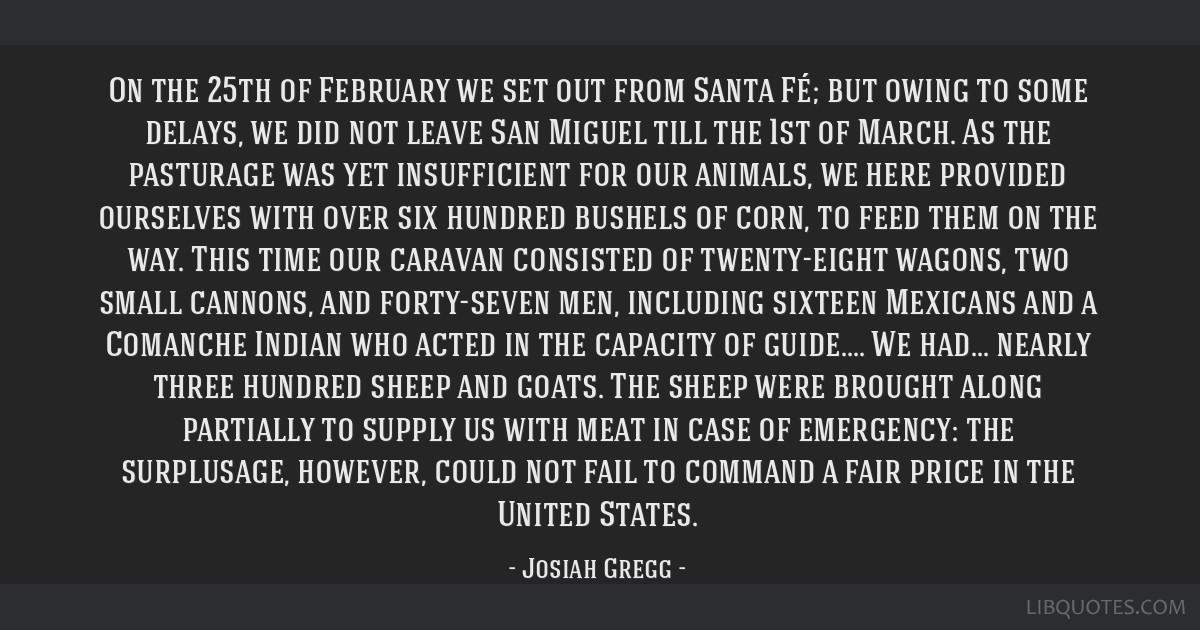 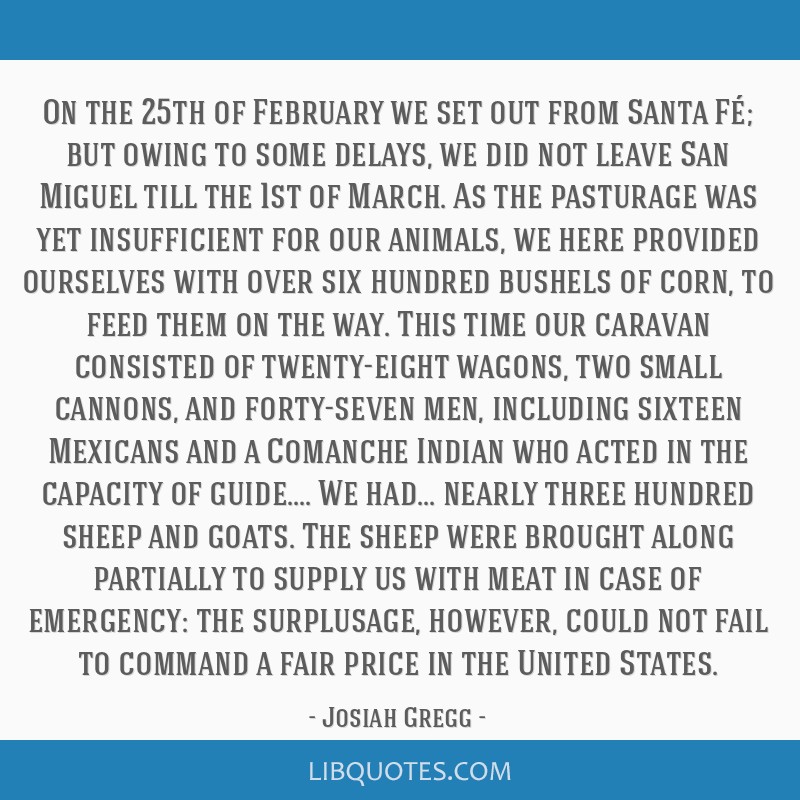 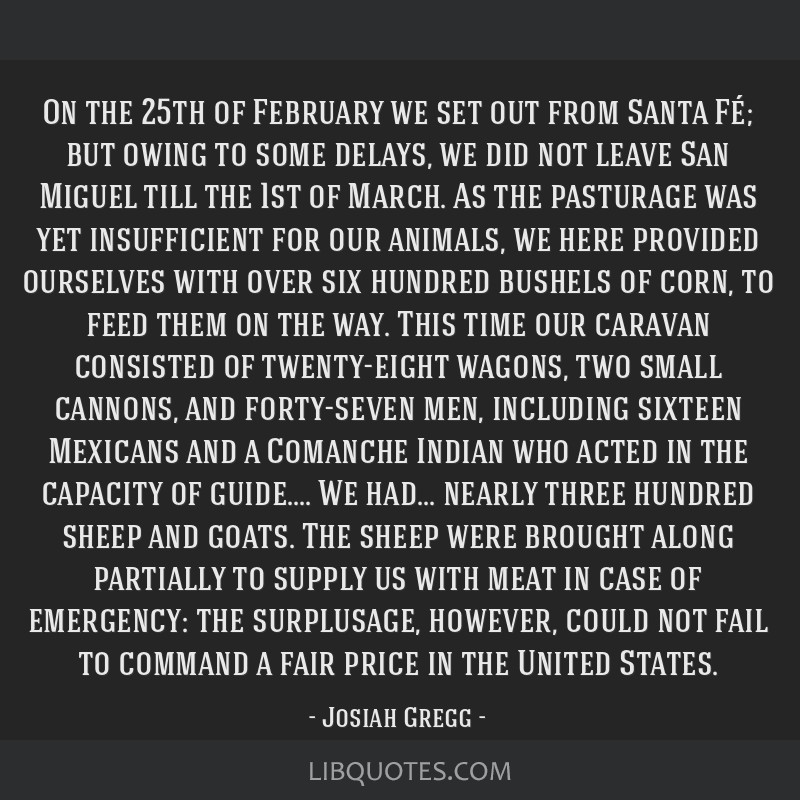