While the aborigines of the New World have been noted above almost every other uncivilized nation in history, for their vindictiveness and cruelty towards their enemies, there are, in these attributes, wide differences apparent among them. The Indians along the Pacific coast, as well as in most of Mexico, were always more mild and peaceable than those of the United States. Hence it is, in fact, that the Spaniards did not meet with that formidable resistance to their conquests which they encountered among the fiery tribes of Florida, or that relentless and desperate hostility which the Anglo-Americans experienced in the first settlement of most parts of the United States. 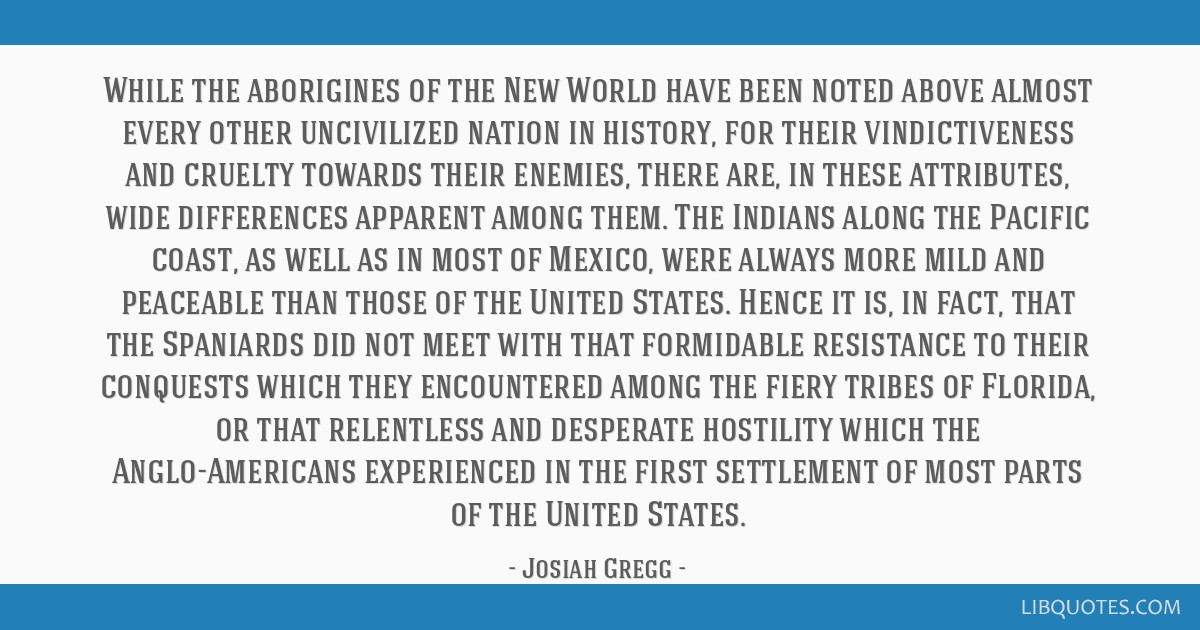 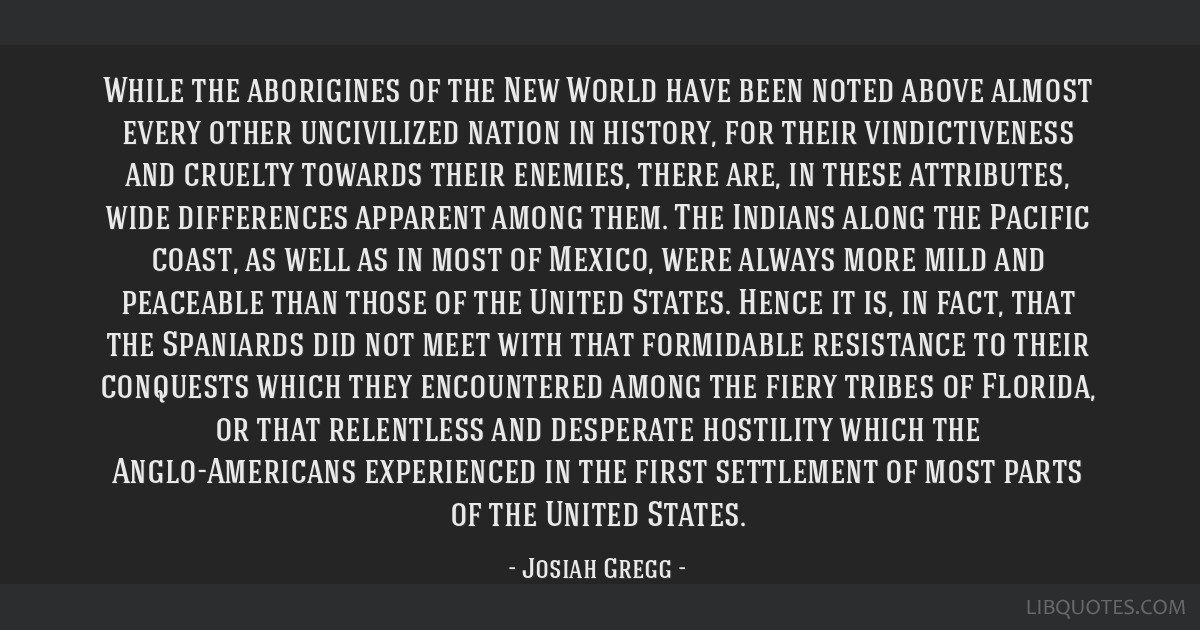 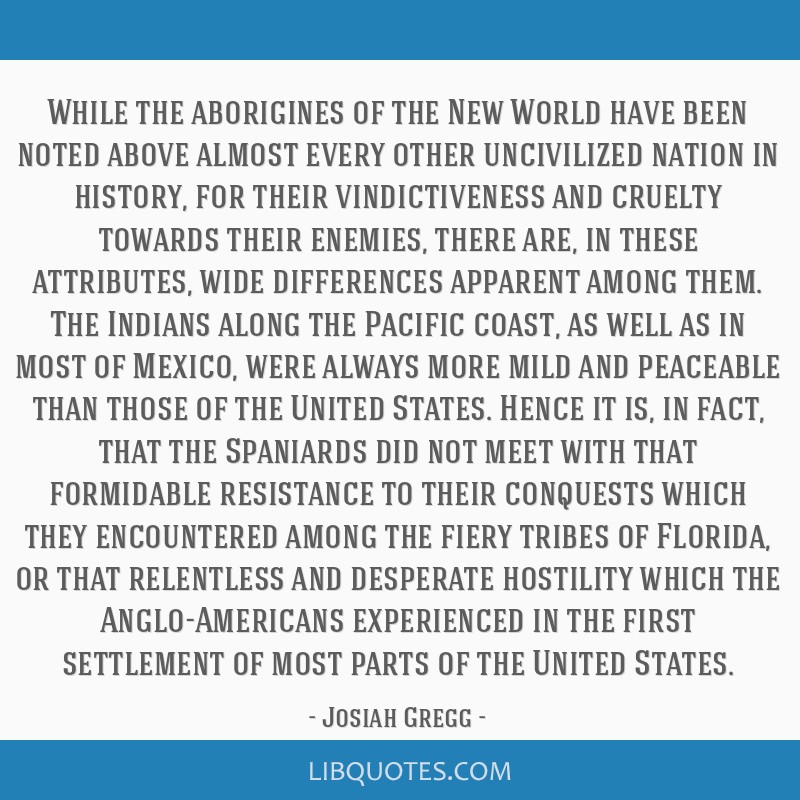 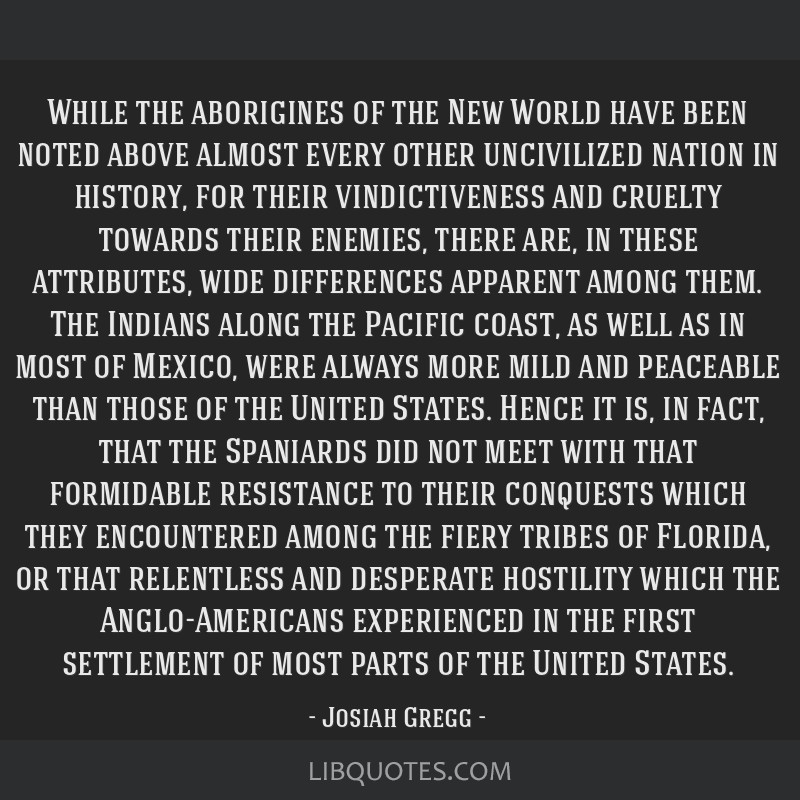