The city of Zacatecas... is celebrated for its mining interests. Like all other Mexican towns of the same class, it originated in small, insignificant settlements on the hillsides, in the immediate vicinity of the mines, until it gradually grew up to be a large and wealthy city, with a population of some 30,000 inhabitants.... Many of the streets are handsomely paved, and two of the squares are finely ornamented with curiously carved jetsd'eau [water fountains], which are supplied with water raised by mule power, from wells among the adjacent hills. From these the city is chiefly furnished with water. 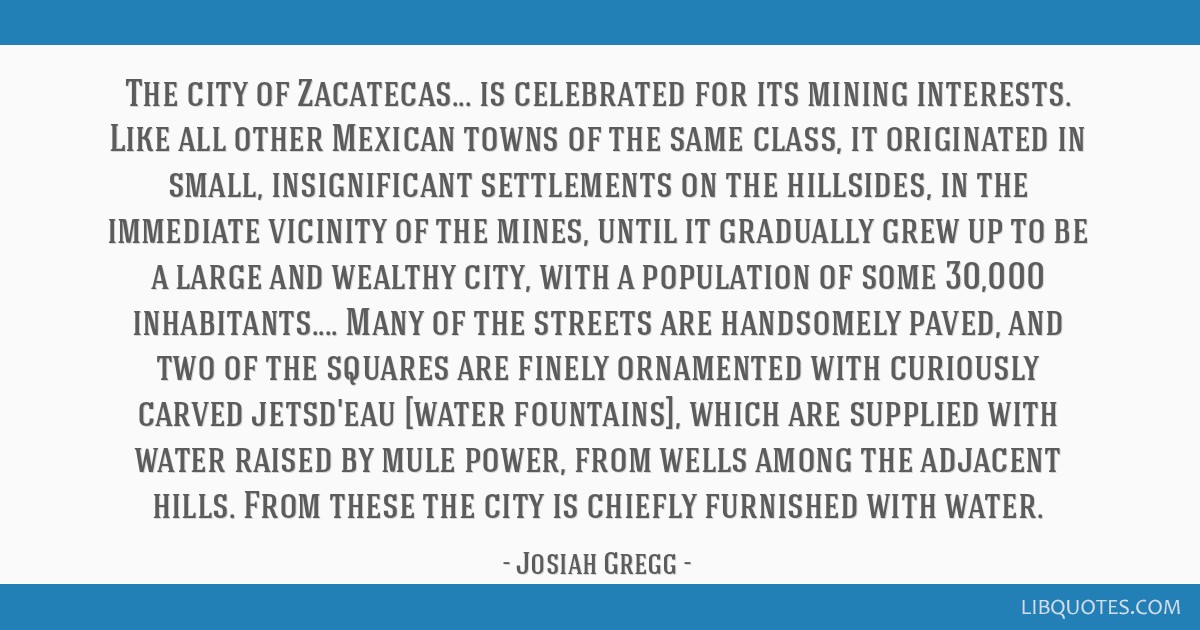 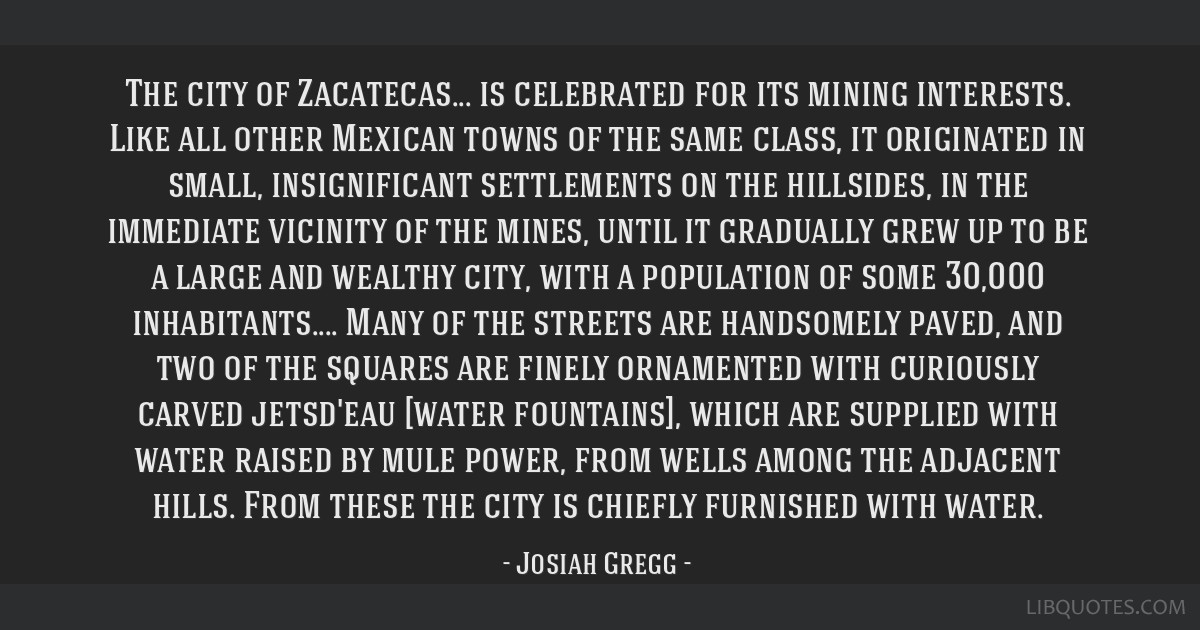 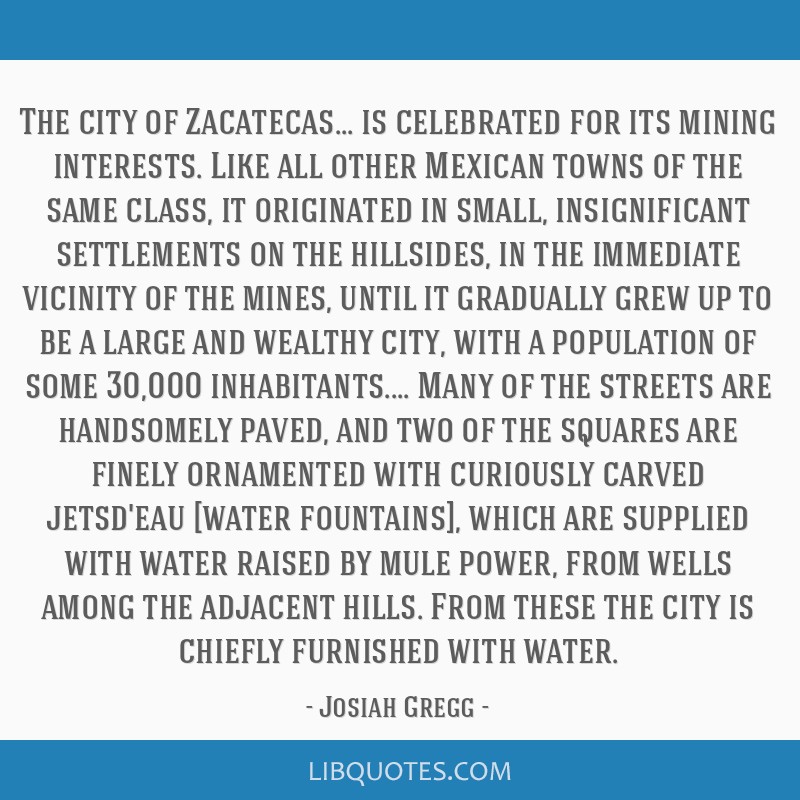 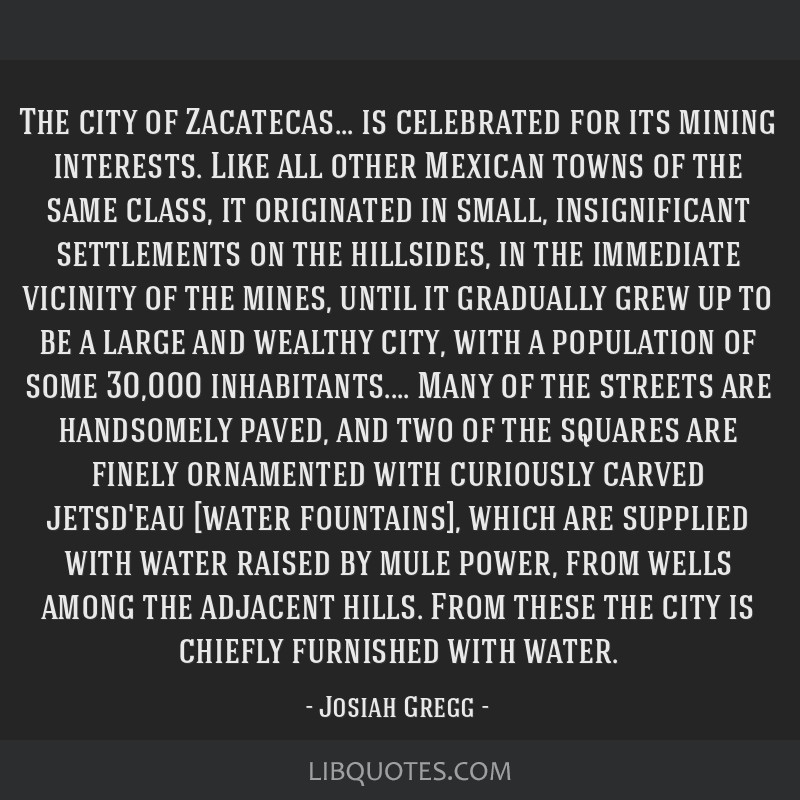