Durango is also celebrated as being the head-quarters, as it were, of the whole scorpion family. During the spring, especially, so much are the houses infested by these poisonous insects, that many people are obliged to have resort to a kind of mosquito-bar, in order to keep them out of their beds at night. As an expedient to deliver the city from this terrible pest, a society has actually been formed, which pays a reward of a cuartilla (three cents) for every alacran (or scorpion) that is brought to them. Stimulated by the desire of gain, the idle boys of the city are always on the look-out: so that, in the course of a year, immense numbers of this public enemy are captured and slaughtered. 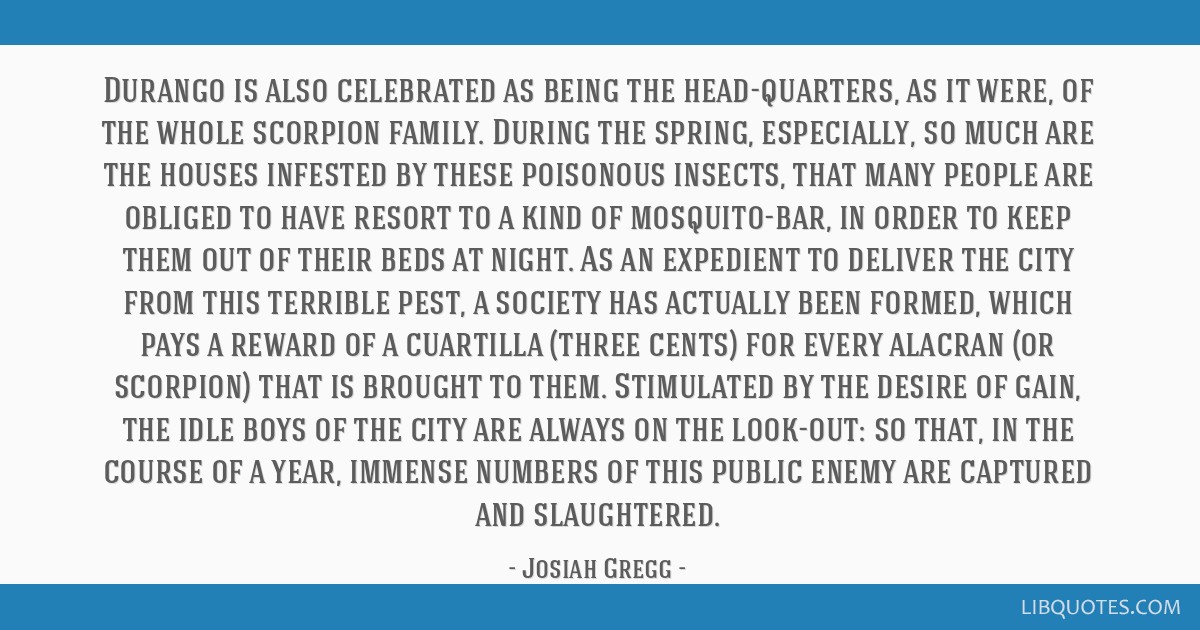 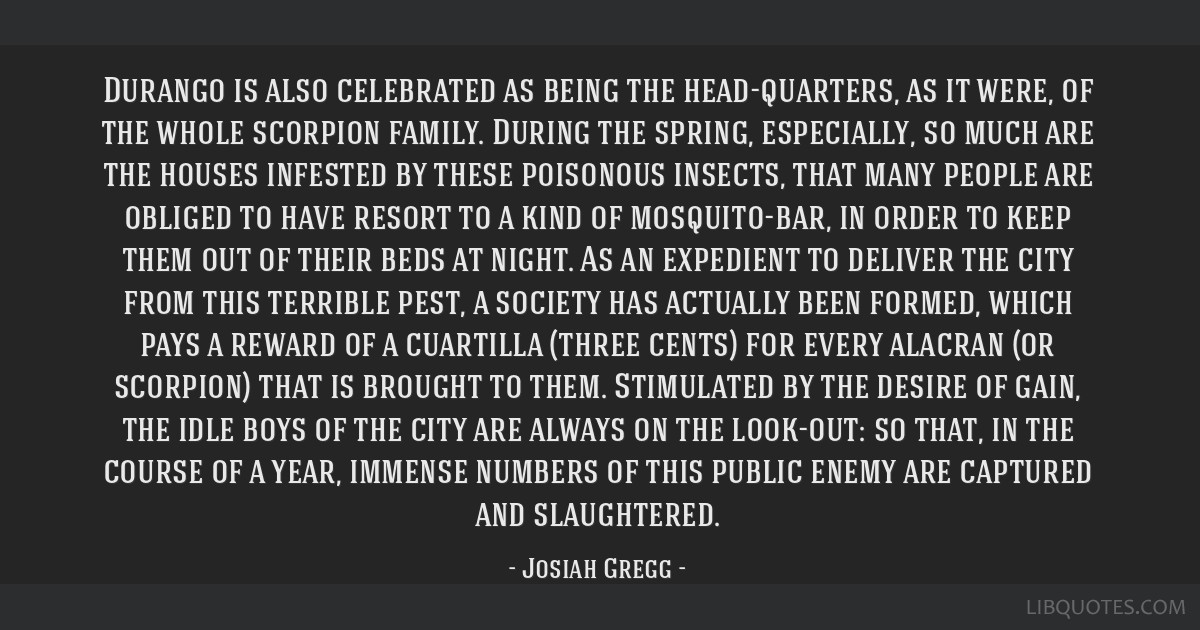 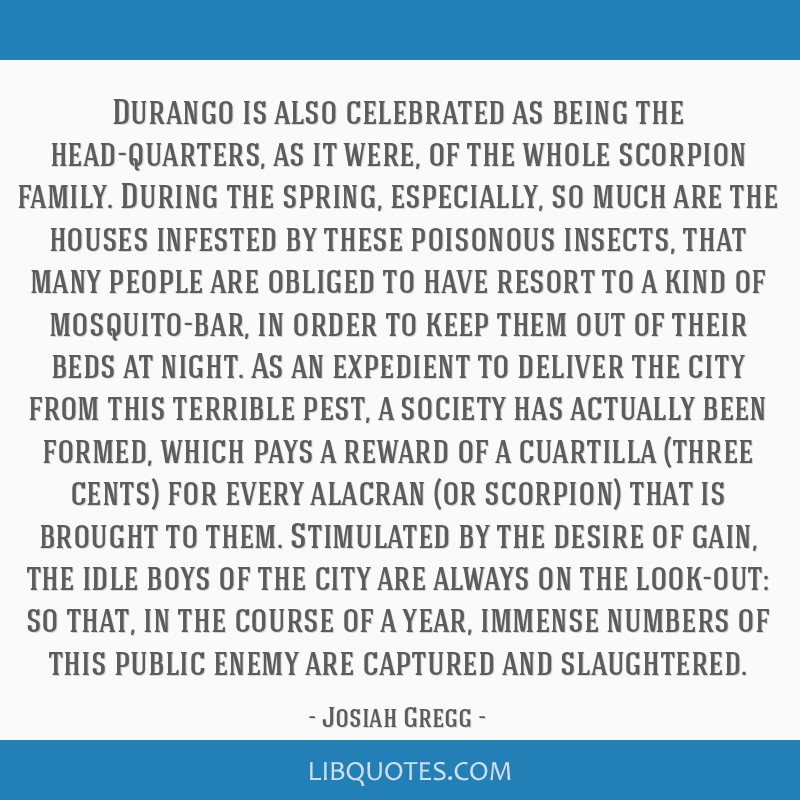 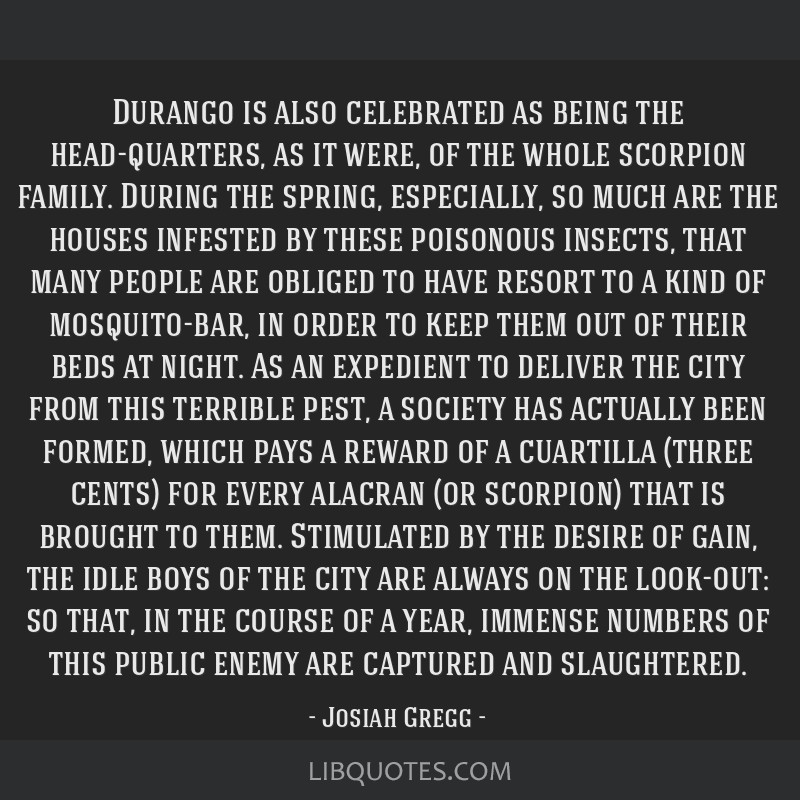