Some of the northern Indians, particularly the Assinaboins, are said to practice still a distinct mode of taking the buffalo. A staunch pound is erected at some convenient point, and, after a course of mystic rites by their medicine men, they start upon the enterprise. A gang of buffalo is frightened towards the pen, while an Indian, covered with one of their woolly skins, runs at a distance ahead. Being seen by the animals, they mistake him for one of their kind, and follow him into the pen. Once secured in the enclosure, they leisurely dispatch them with their arrows, as they are said to believe it would offend the Great Spirit and render future hunts unpropitious to use fire arms in killing their imprisoned game. 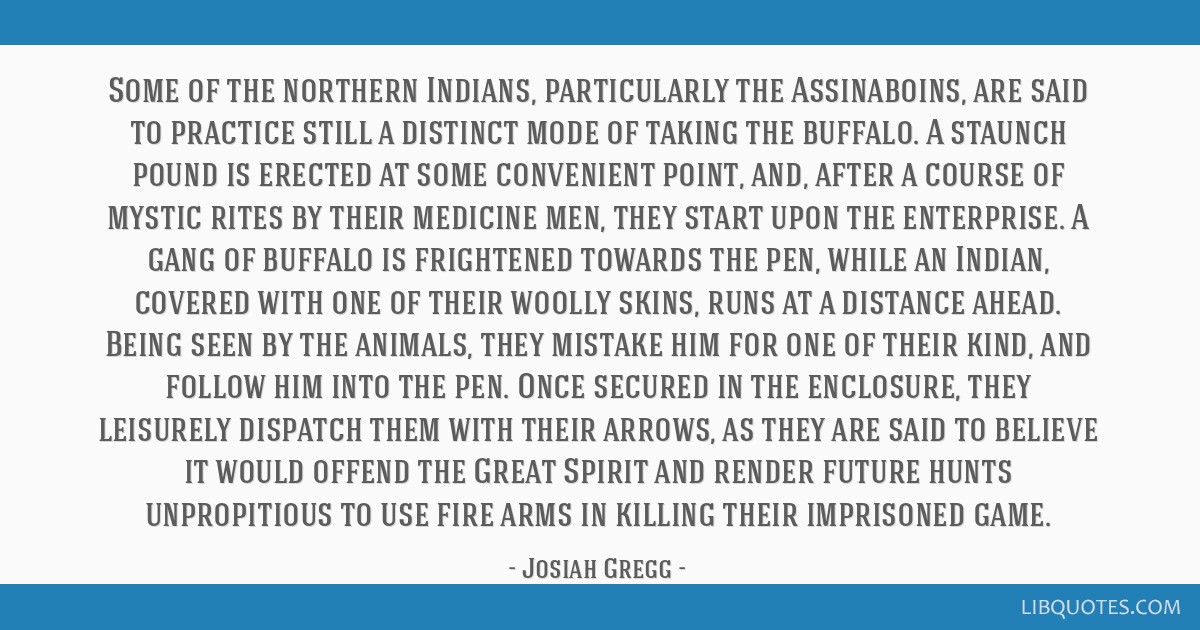 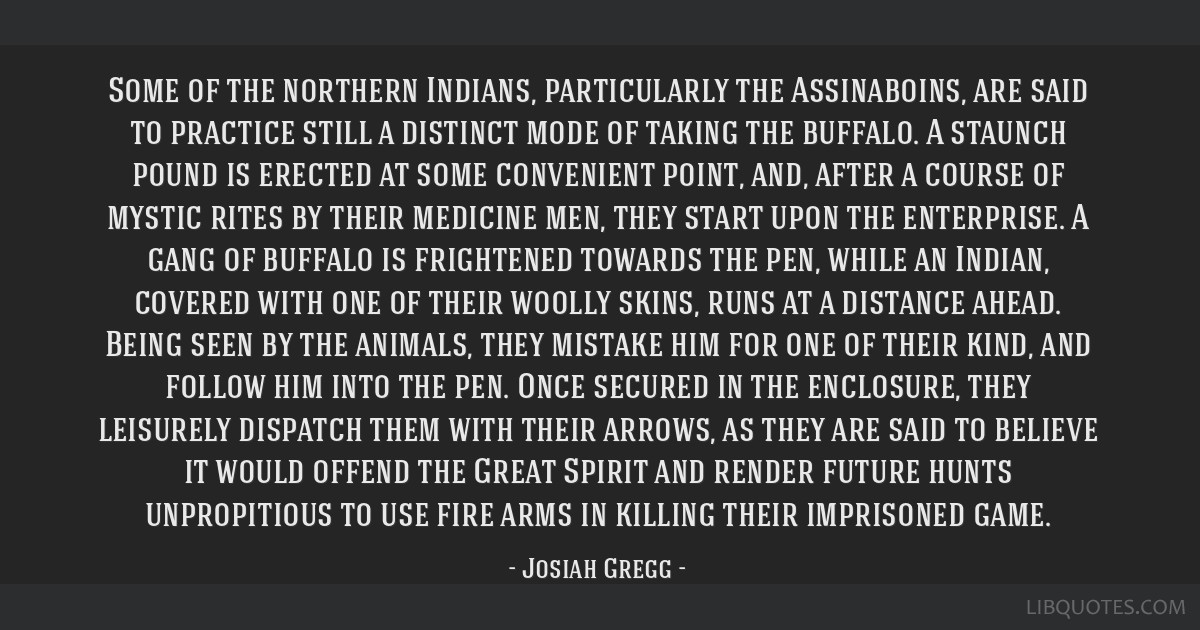 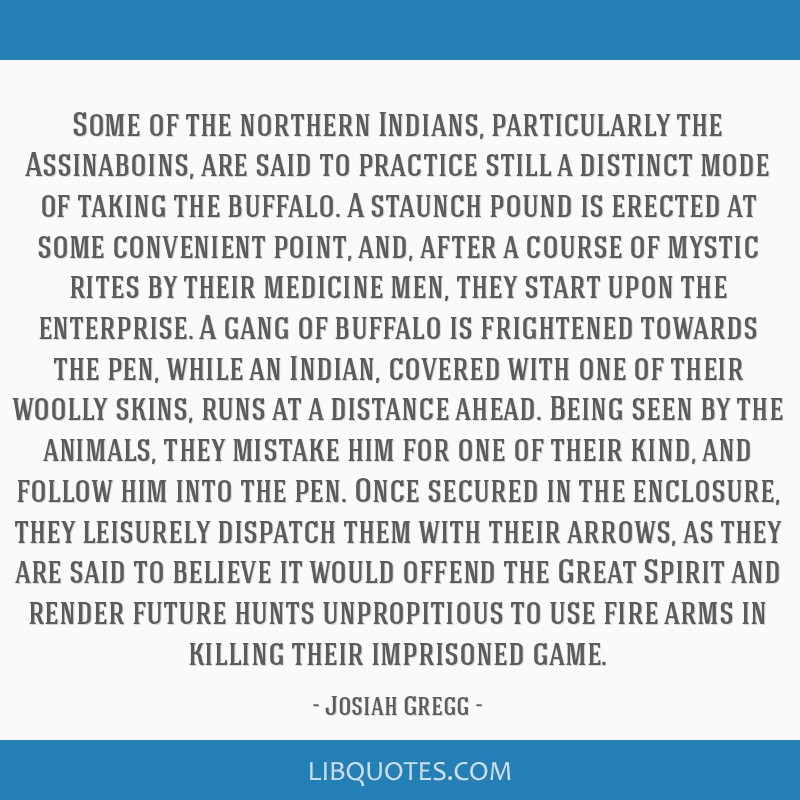 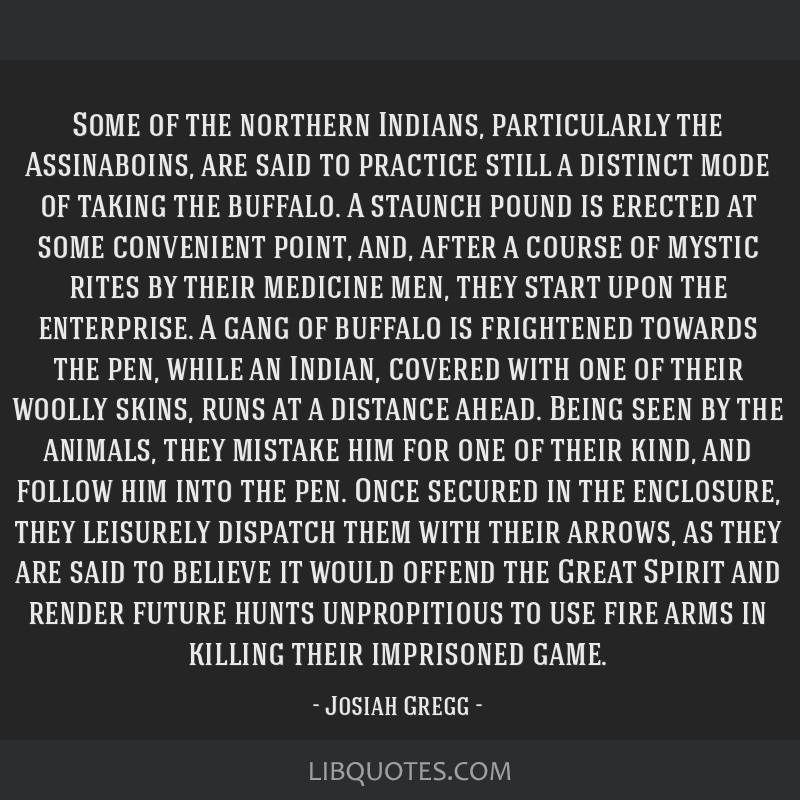