Three years later in the contest for Kansas, the administration headed by James Buchanan tried to railroad through a constitution called the Lecompton Constitution, which would have made Kansas a slave state, but on the basis of a phony vote. Douglas stuck to his popular-sovereignty doctrine, which meant that the people of the territory, in a fair vote, would decide for or against slavery. That was the way in which he replaced the Missouri Compromise restriction. It opened slavery, but it said that the decision in each territory would be made by the people in that territory on the basis of their preferences. 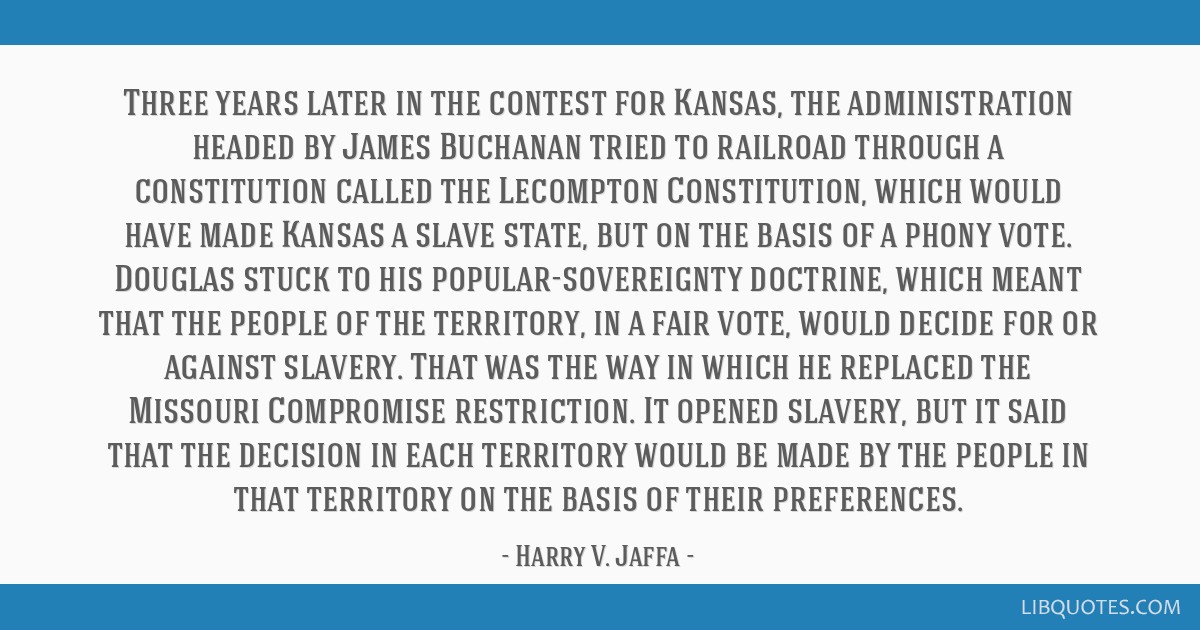 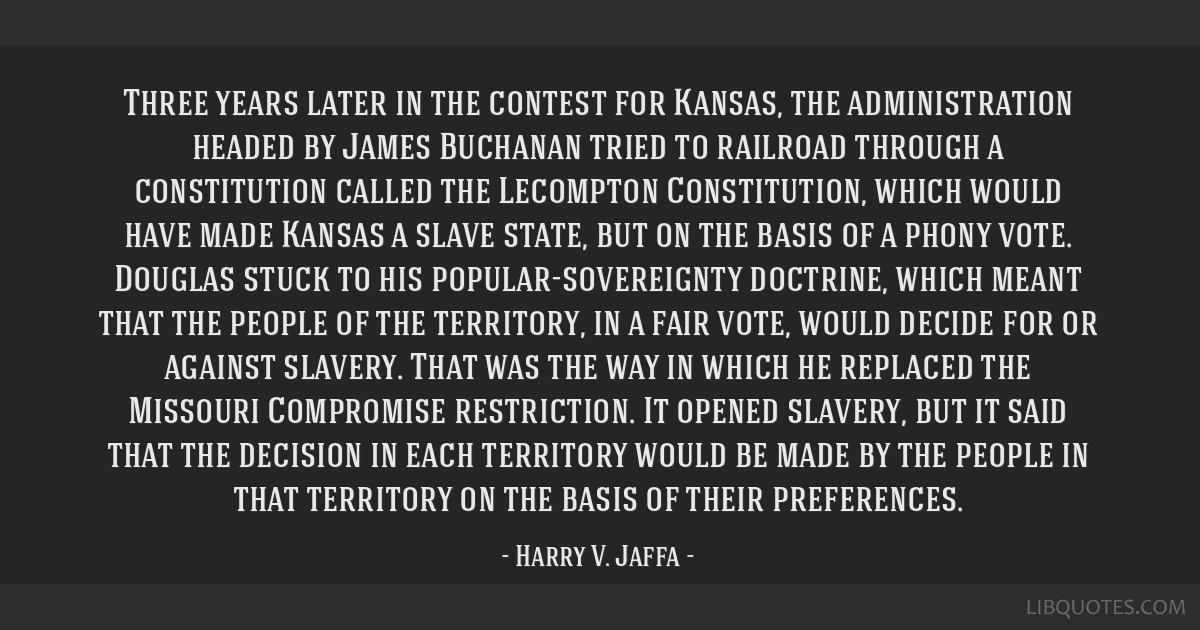 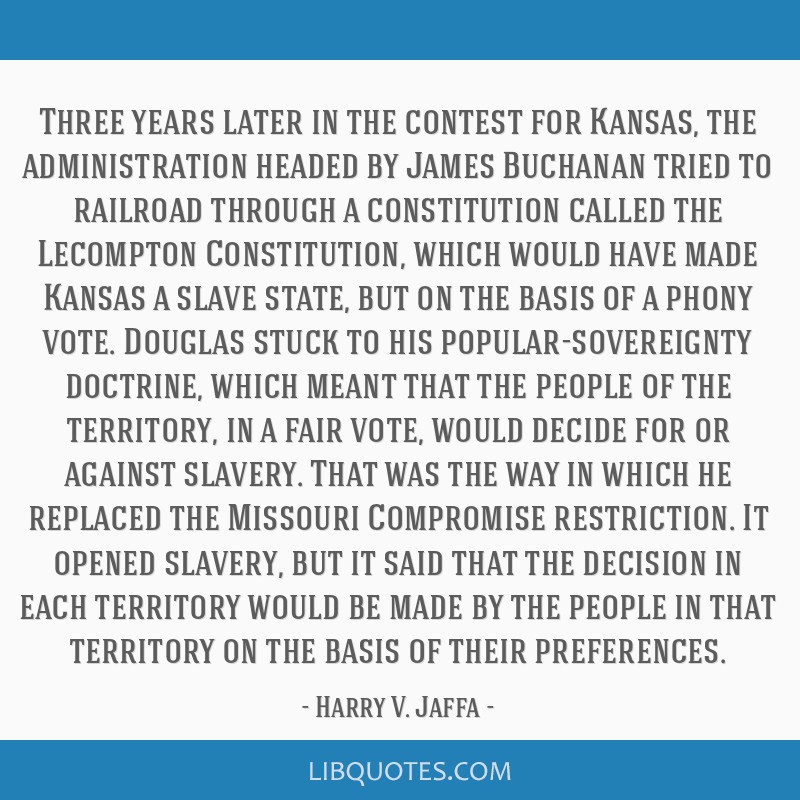 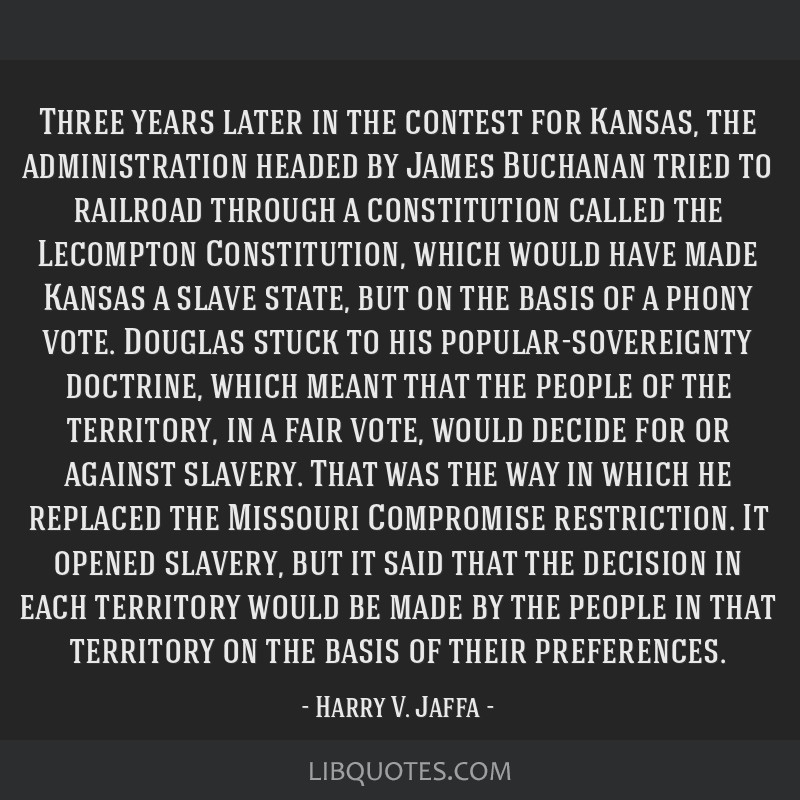