In other words, Lincoln's belief was that slavery could be ended peacefully through the action of the states themselves. It couldn't be done through direct intervention by the Federal government, but it could be done within the states themselves. And after all of the states north of the Mason-Dixon line had adopted plans for emancipation—slavery was lawful in every one of the 13 colonies, and the 13 states which declared their independence. 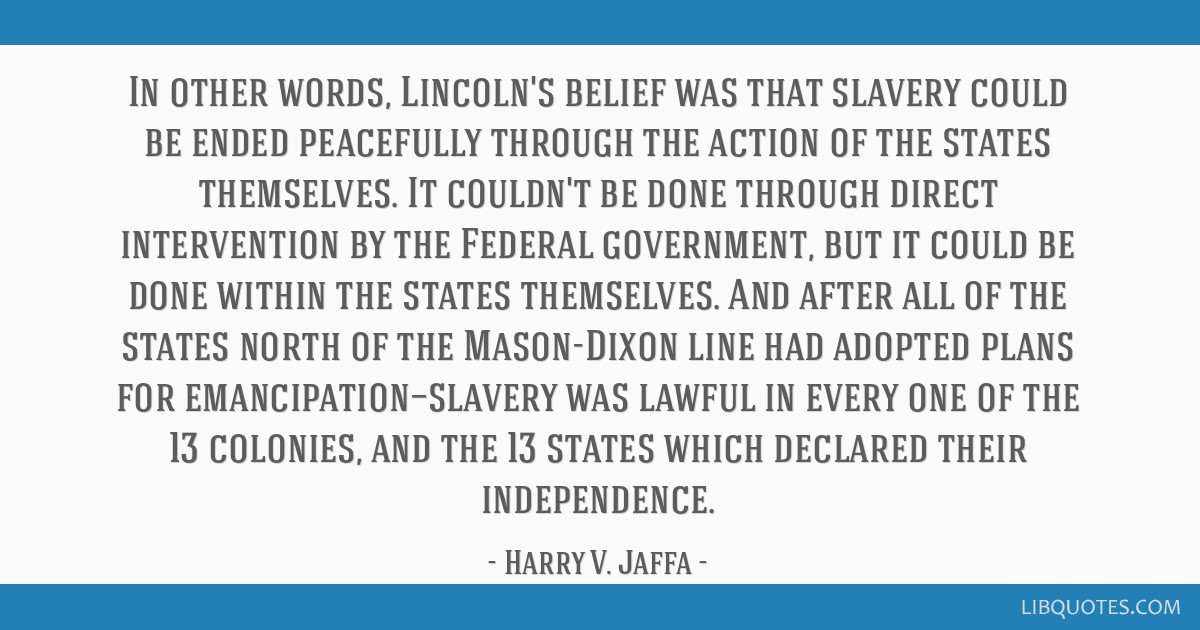 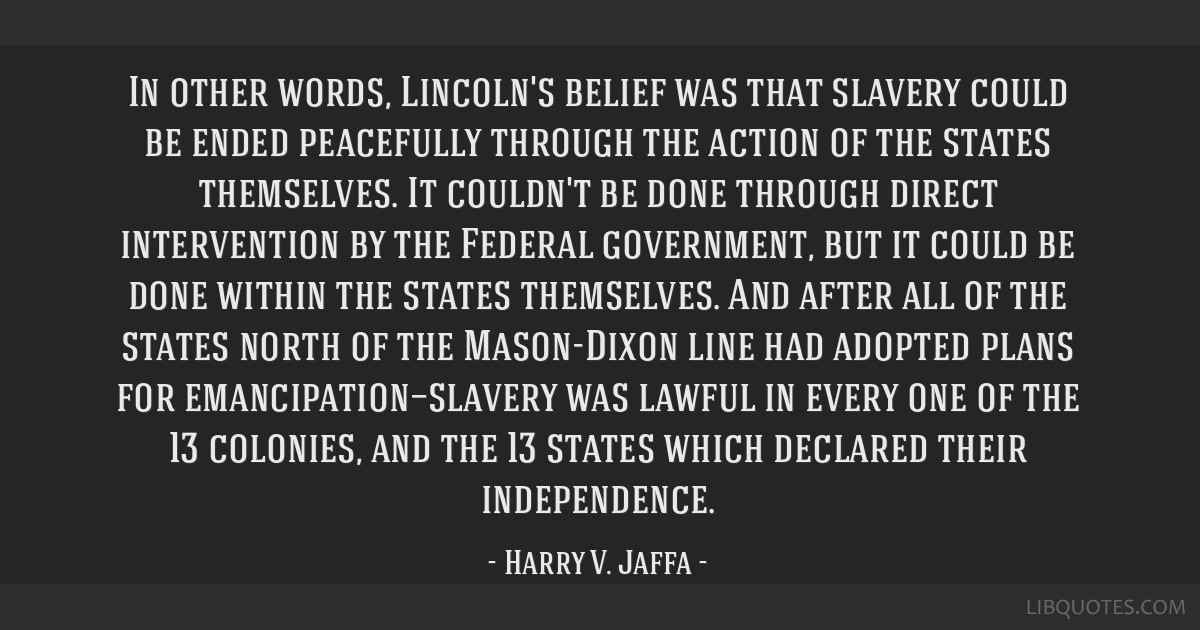 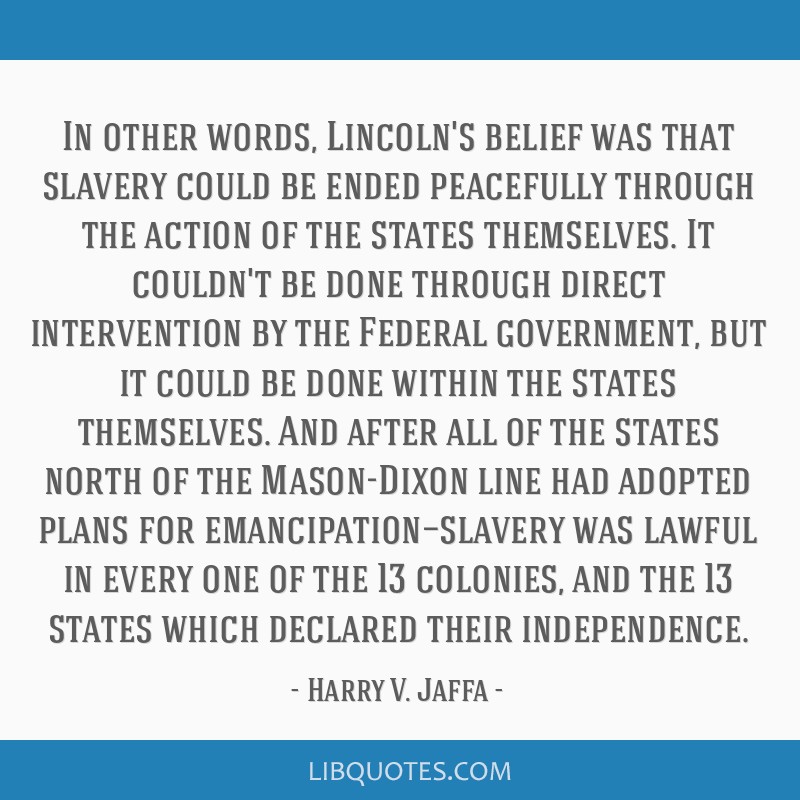 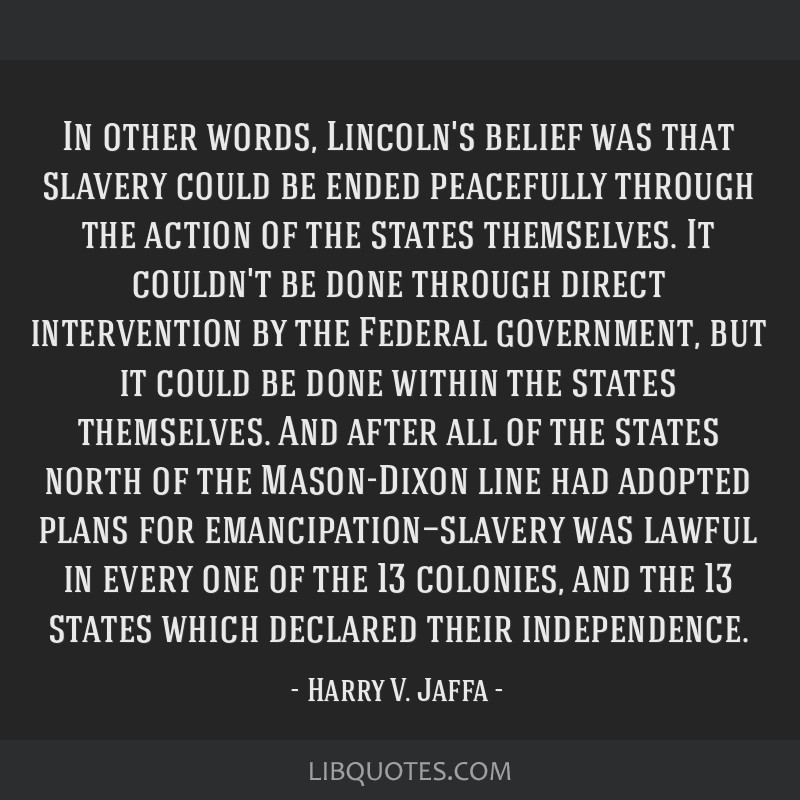