By the principles of the Declaration of Independence, majority rule in a free society is not an end in itself, nor is it a source of the purposes served by free government. Majority rule exists to secure the rights with which all human persons are "endowed by their Creator." The recognition of the origin of these rights, in God and nature, comes before any action of any majority. Only as we all recognize that "the just powers of government" exist to secure the equal rights possessed by every human being, whether in the majority or minority, can tyranny be prevented. 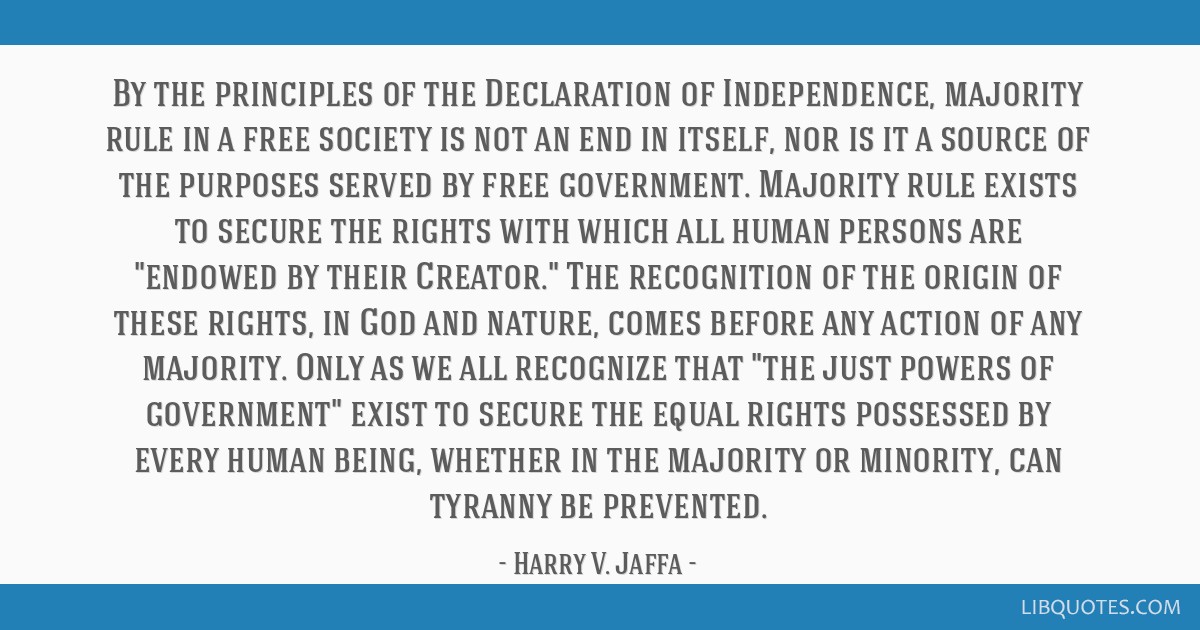 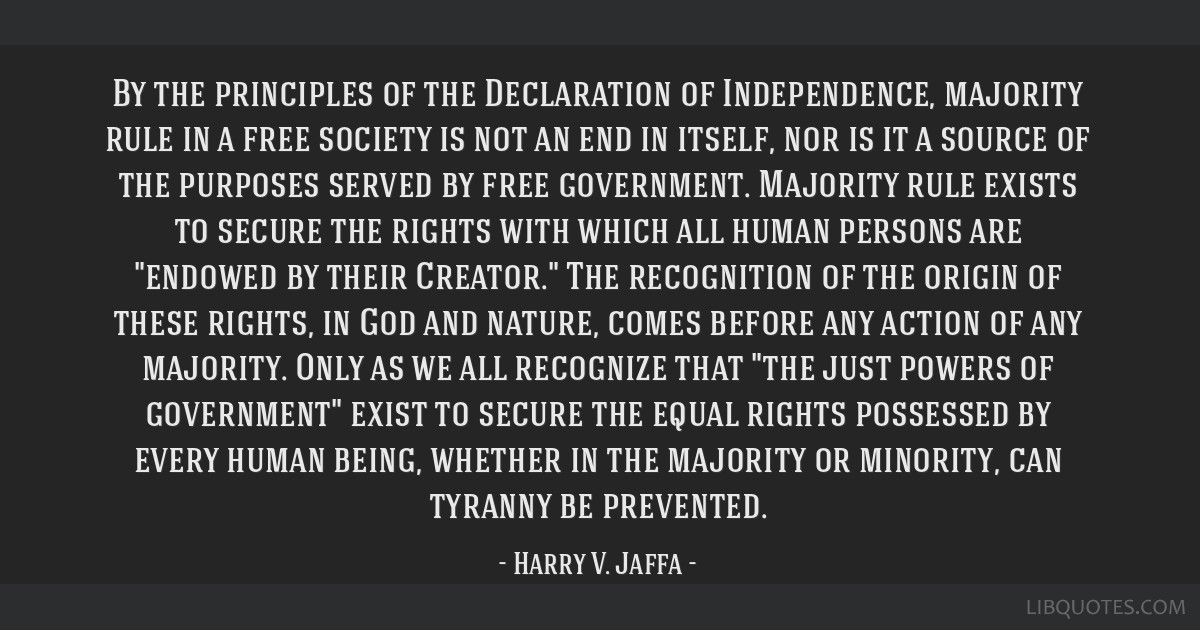 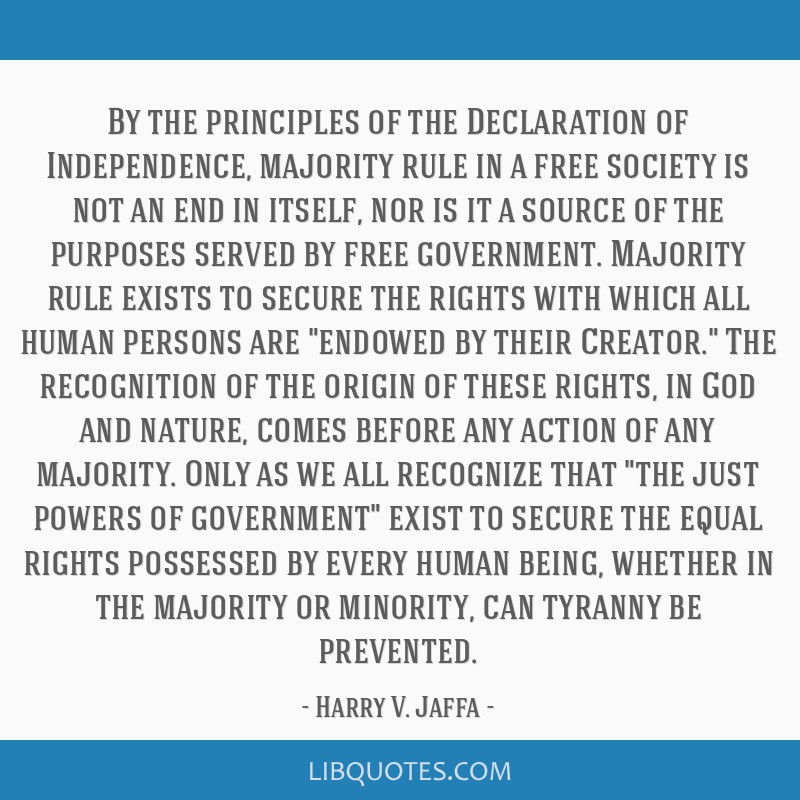 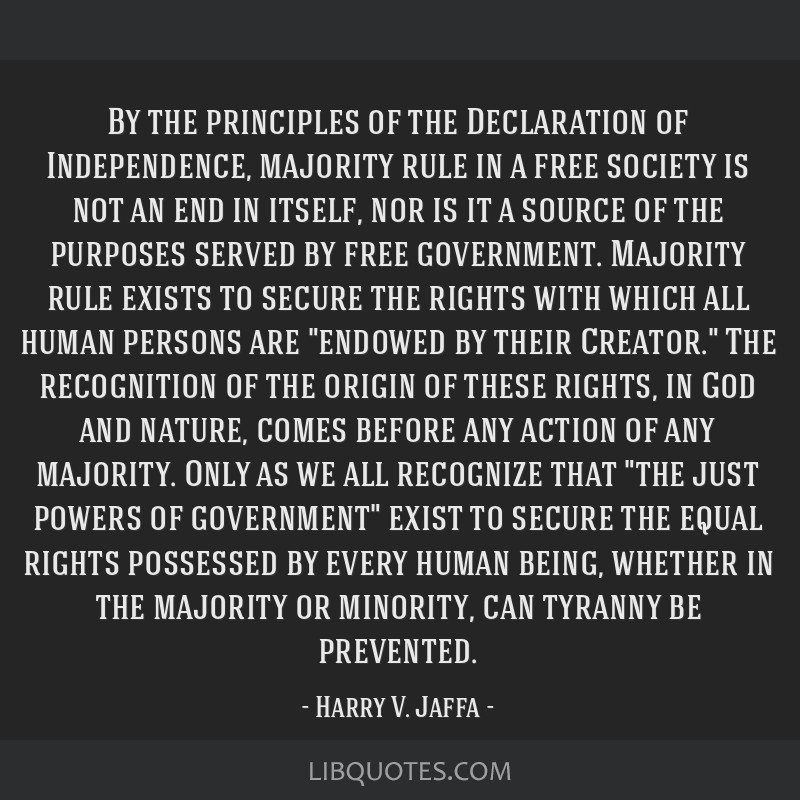