The President's proclamation is a mighty blow against the legal positivism that infects our legal establishment, and the moral relativism that pervades our society. But this can only be the beginning of a far greater struggle than that against the physical danger of terrorism. It means taking up once again the burden Lincoln bore, in reasserting the truth of the Declaration, against the "positive good" theory of slavery, and against the still more deadly theory that majorities, and not the difference between right and wrong, should decide the future of slavery. 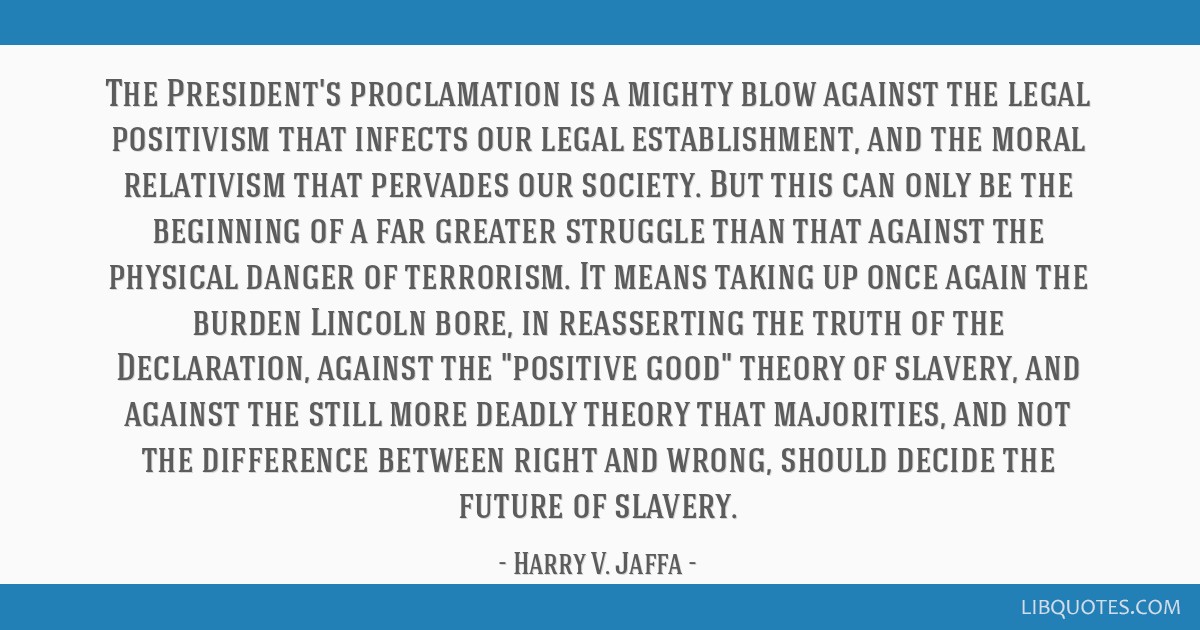 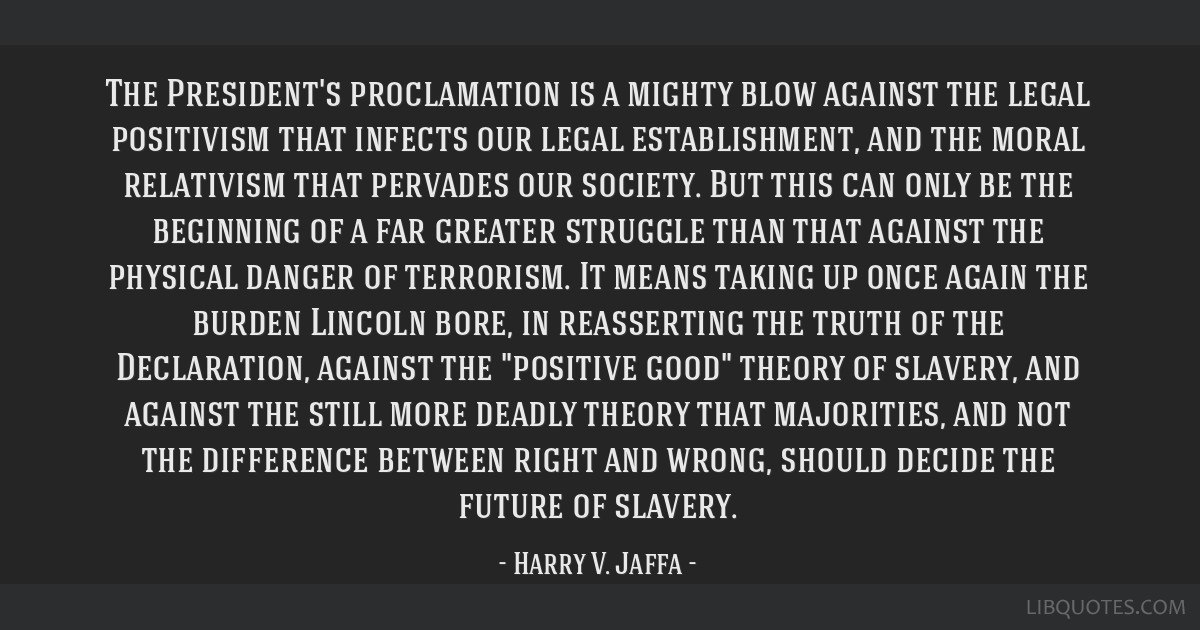 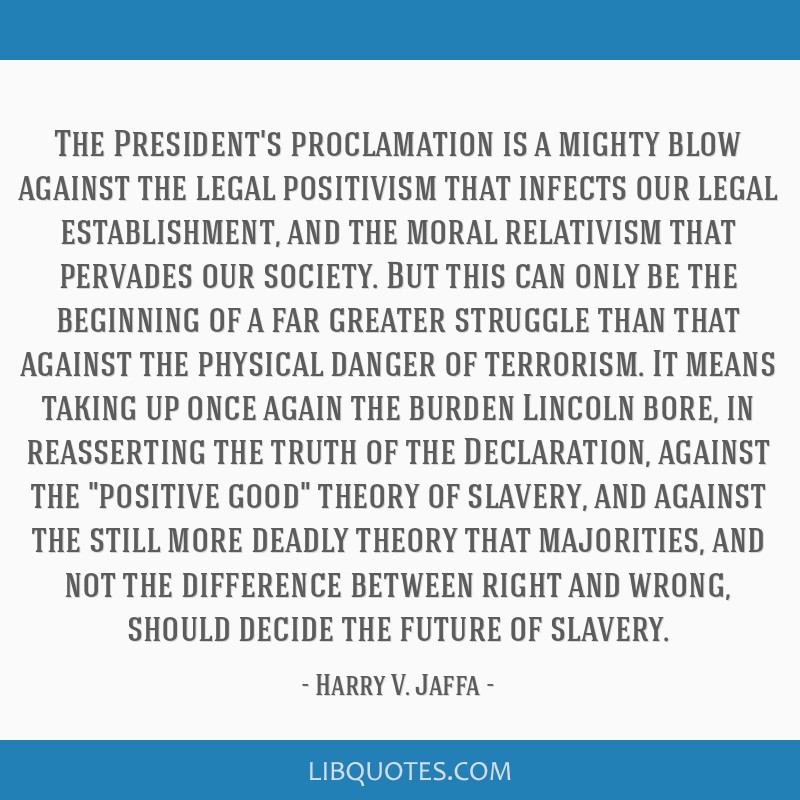 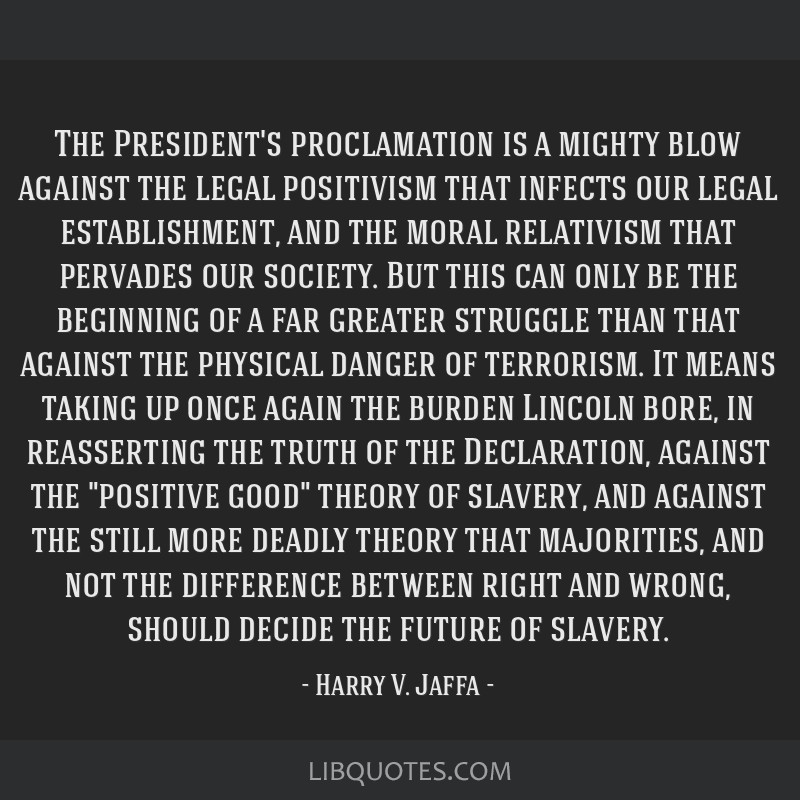