Well, it's not clear how persuasive this argument was in Illinois, but it was persuasive in Mississippi and Alabama and Florida and South Carolina, which said, 'Well, Lincoln's right. This man Douglas is denying us our Constitutional rights'. And as a result of that, it was Lincoln's cleverness in the debates which split the Democratic convention in 1860, and this is what in fact elected Abraham Lincoln. But it was the rebellion against Douglas, not against Lincoln, which precipitated the whole secessionist movement. 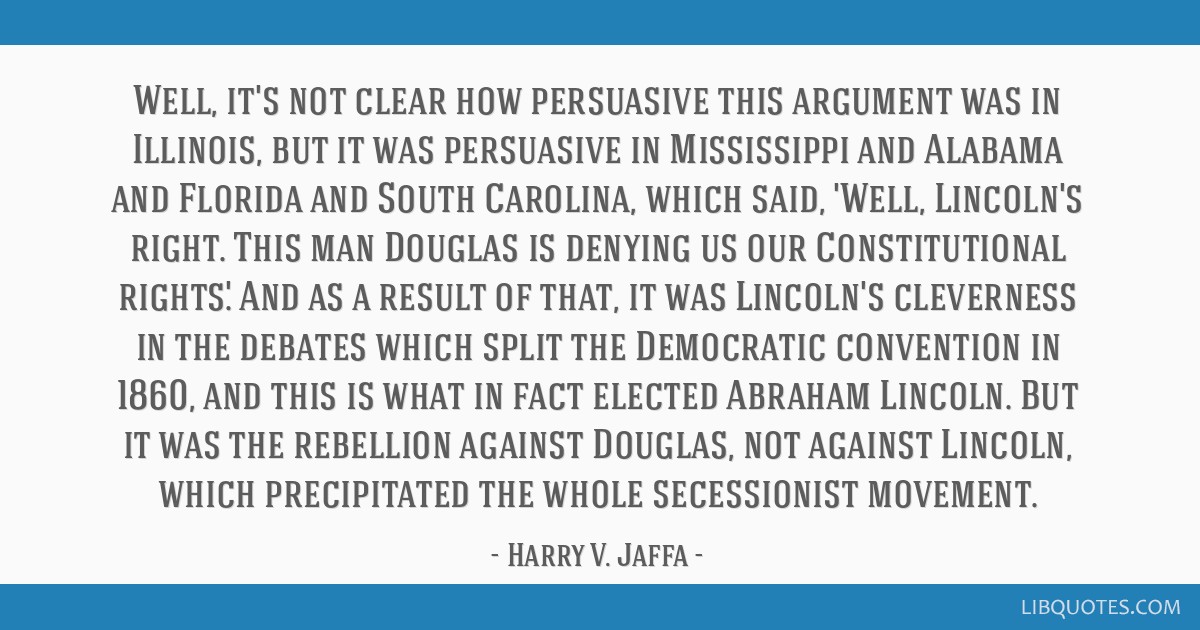 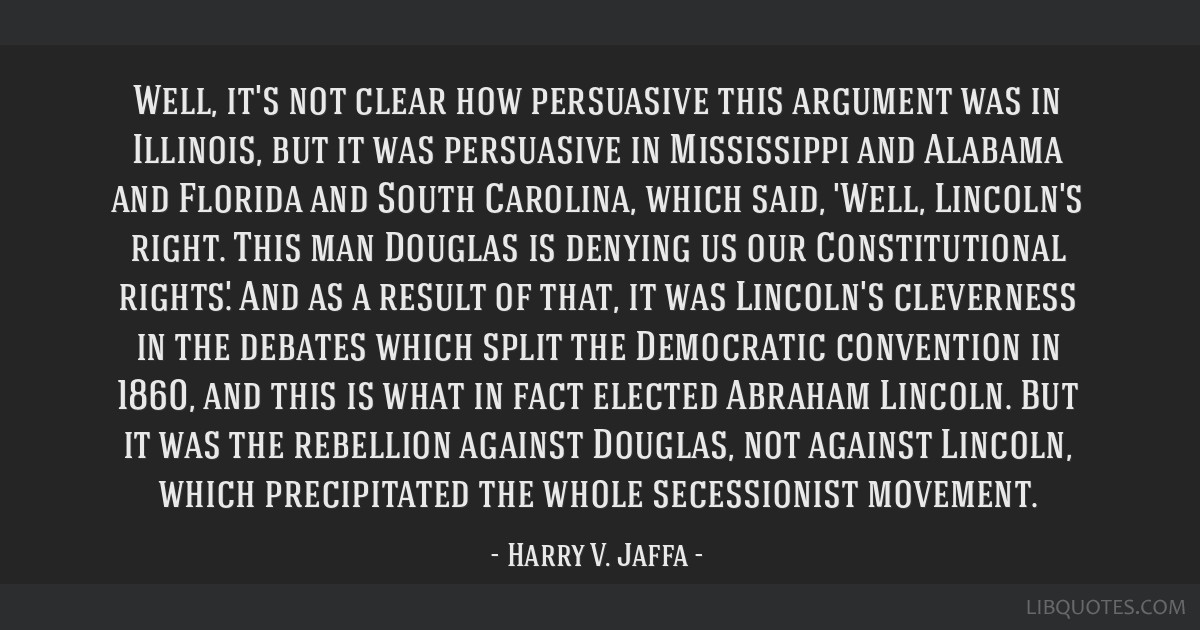 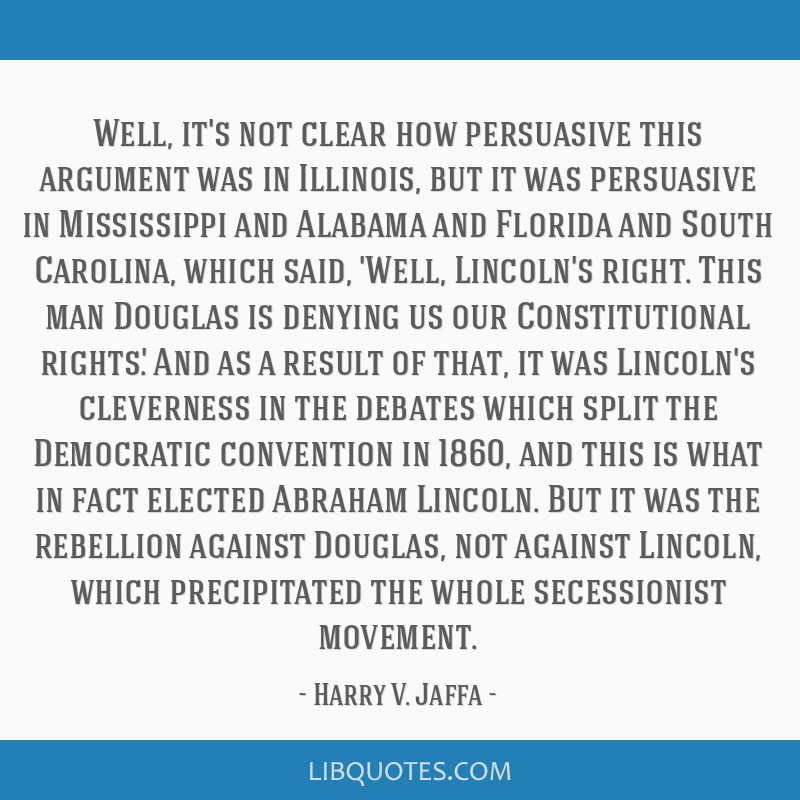 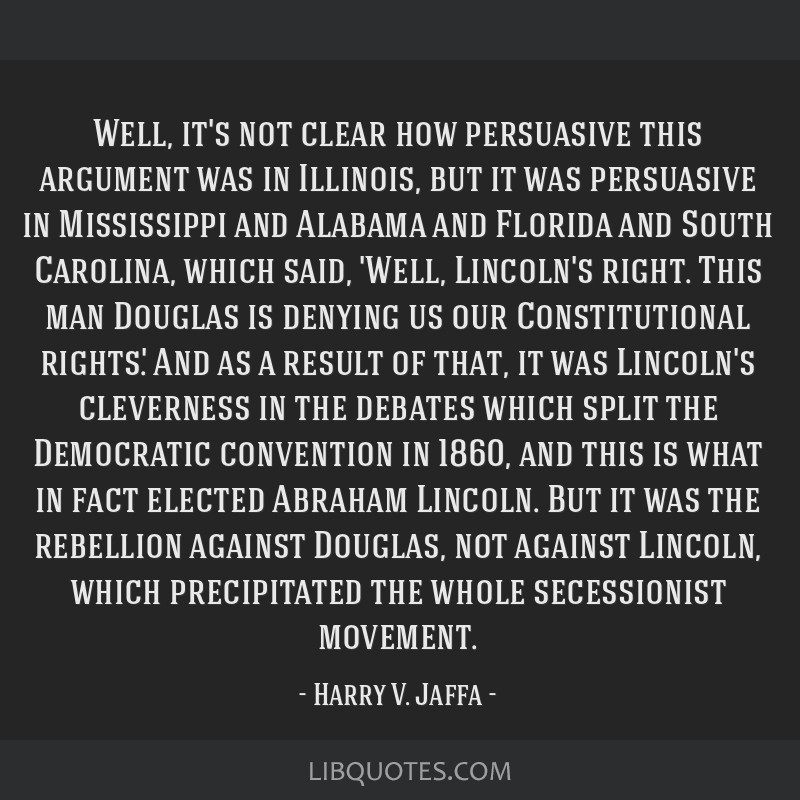