Nobody who has lived through the rise of the violent anti-Semitism which led to Hitler can refuse Mrs. Thatcher admiration for her courageous and outspoken warning. When I grew up in Vienna the established Jewish families were a generally respected group and all decent people would frown upon the occasional anti-Jewish outbursts of a few popular politicians. It was the sudden influx of large numbers of Galician and Polish Jews [during World War I] … which in a short period changed the attitude. They were too visibly different to be readily absorbed.

Letter to The Times after Thatcher claimed that British people were afraid of being "swamped" by people of a different culture. (11 February 1978) 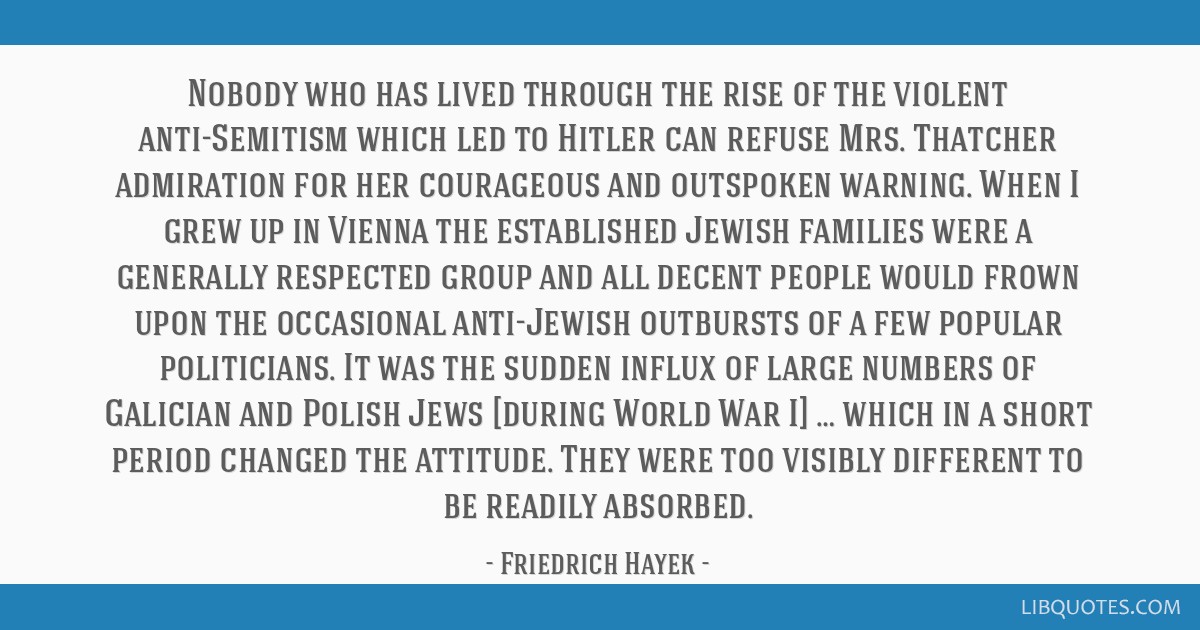 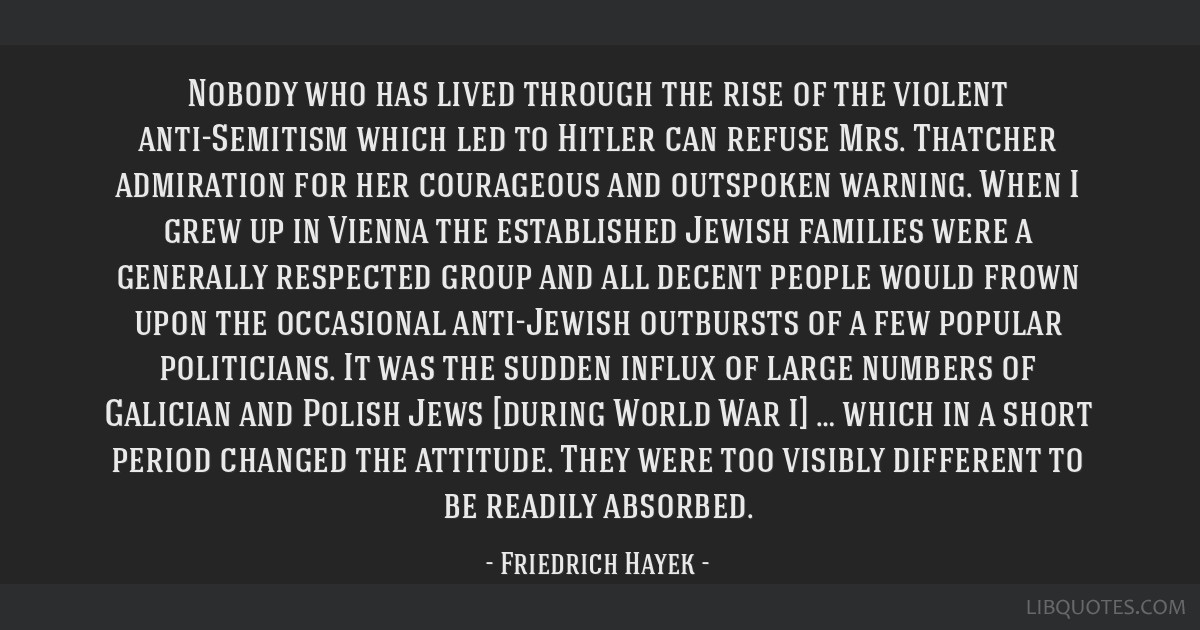 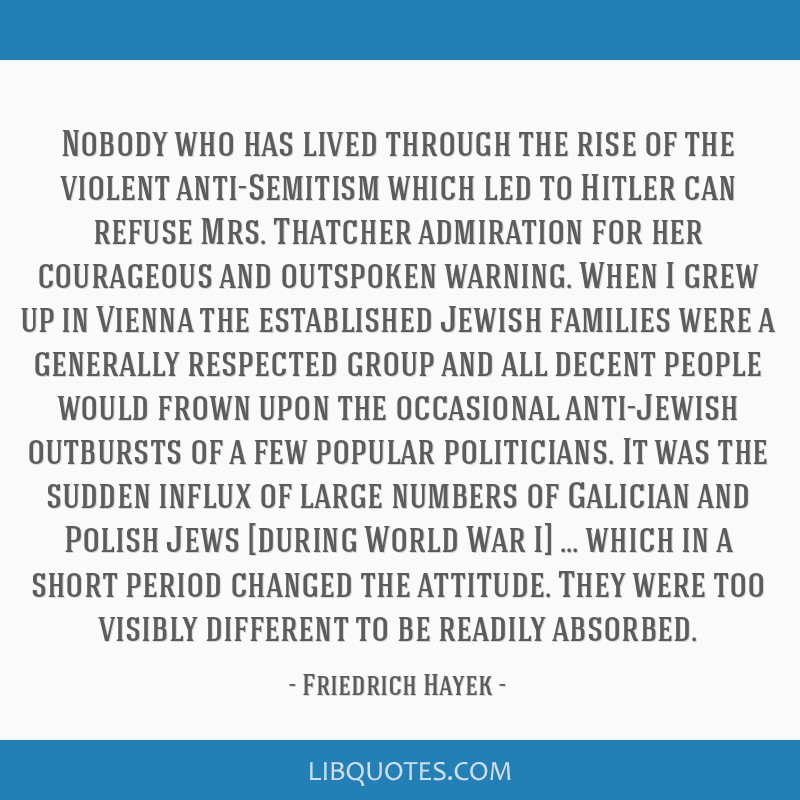 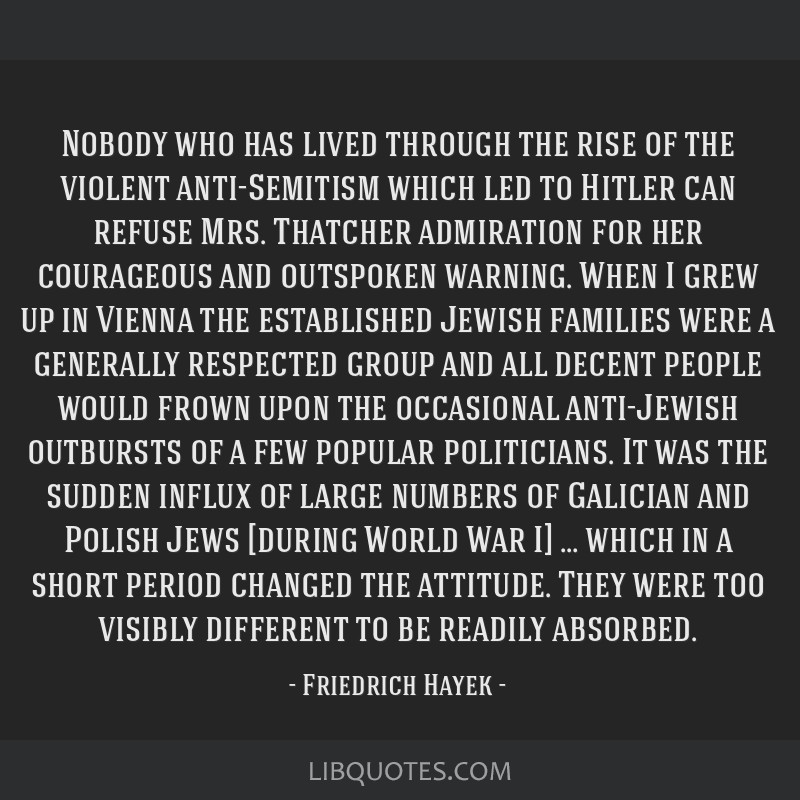