The Nobel Prize confers on an individual an authority which in economics no man ought to possess.
This does not matter in the natural sciences. Here the influence exercised by an individual is chiefly an influence on his fellow experts; and they will soon cut him down to size if he exceeds his competence.
But the influence of the economist that mainly matters is an influence over laymen: politicians, journalists, civil servants and the public generally.
There is no reason why a man who has made a distinctive contribution to economic science should be omnicompetent on all problems of society — as the press tends to treat him till in the end he may himself be persuaded to believe. 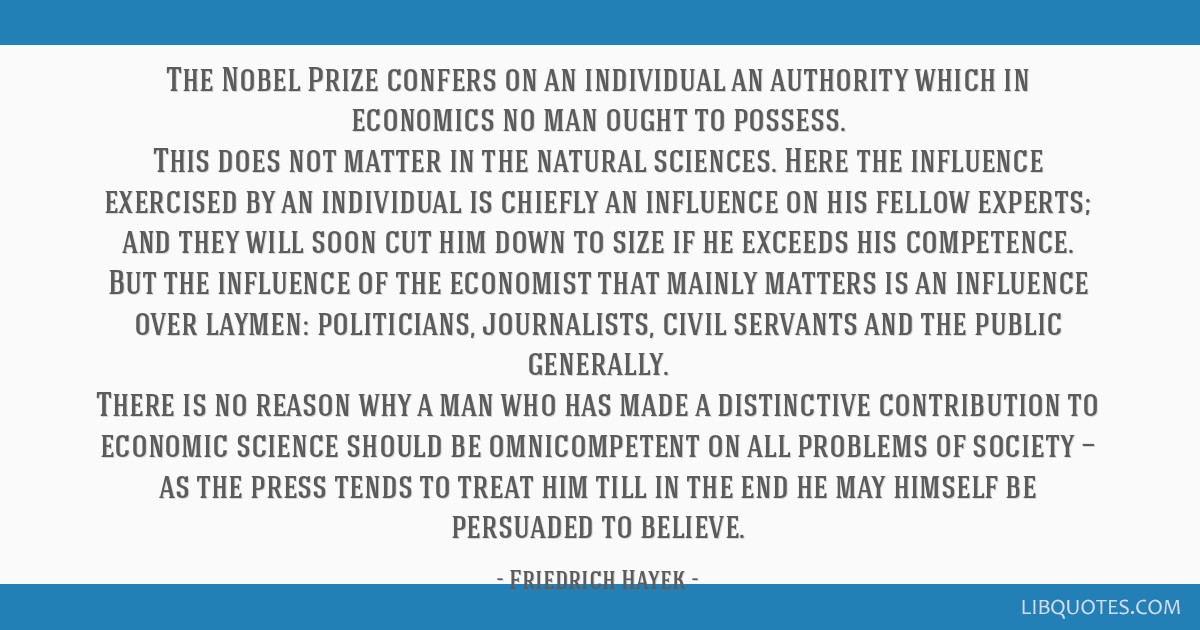 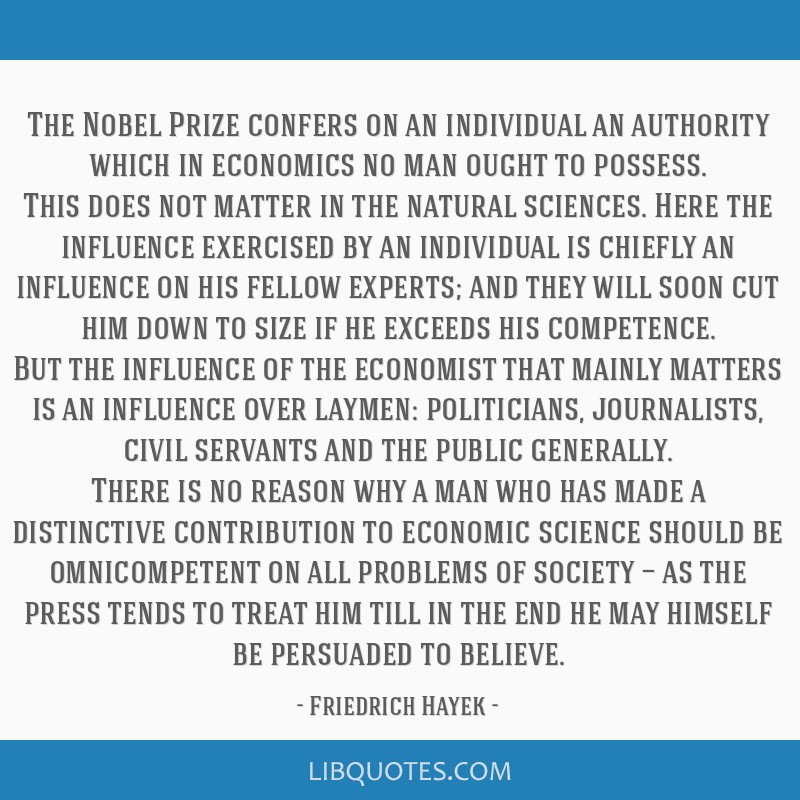 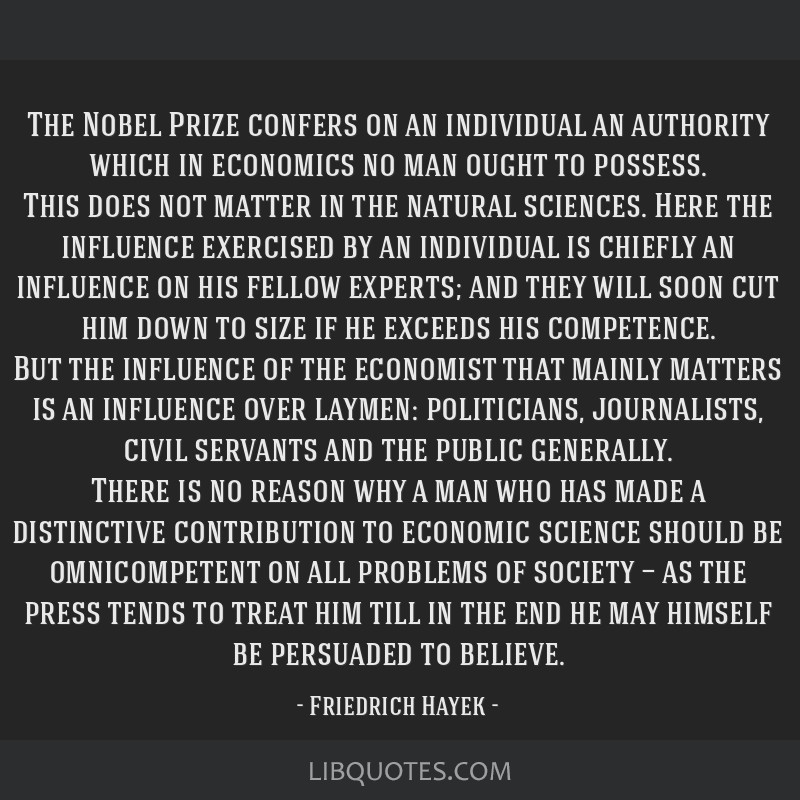