A school of artistic experimentation is invented, which is said to be the definition of freedom; but this experimentation has its limits, imperceptible until there is a clash, that is, until the real problems of individual alienation arise. Meaningless anguish or vulgar amusement thus become convenient safety valves for human anxiety. The idea of using art as a weapon of protest is combated. Those who play by the rules of the game are showered with honors — such honors as a monkey might get for performing pirouettes. The condition is that one does not try to escape from the invisible cage. 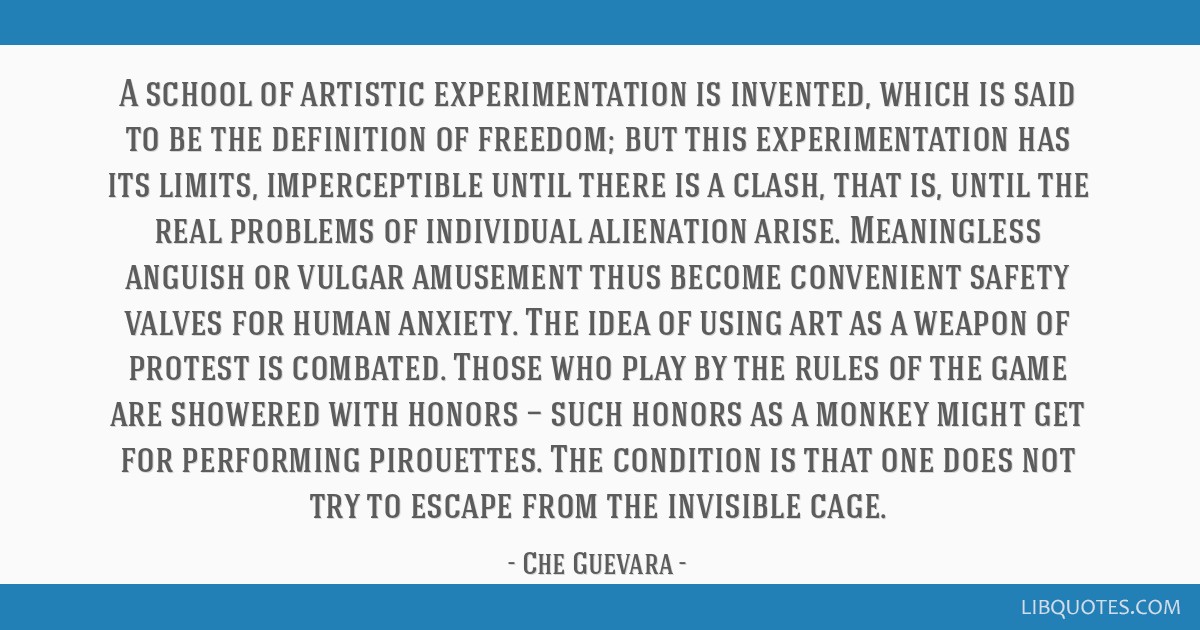 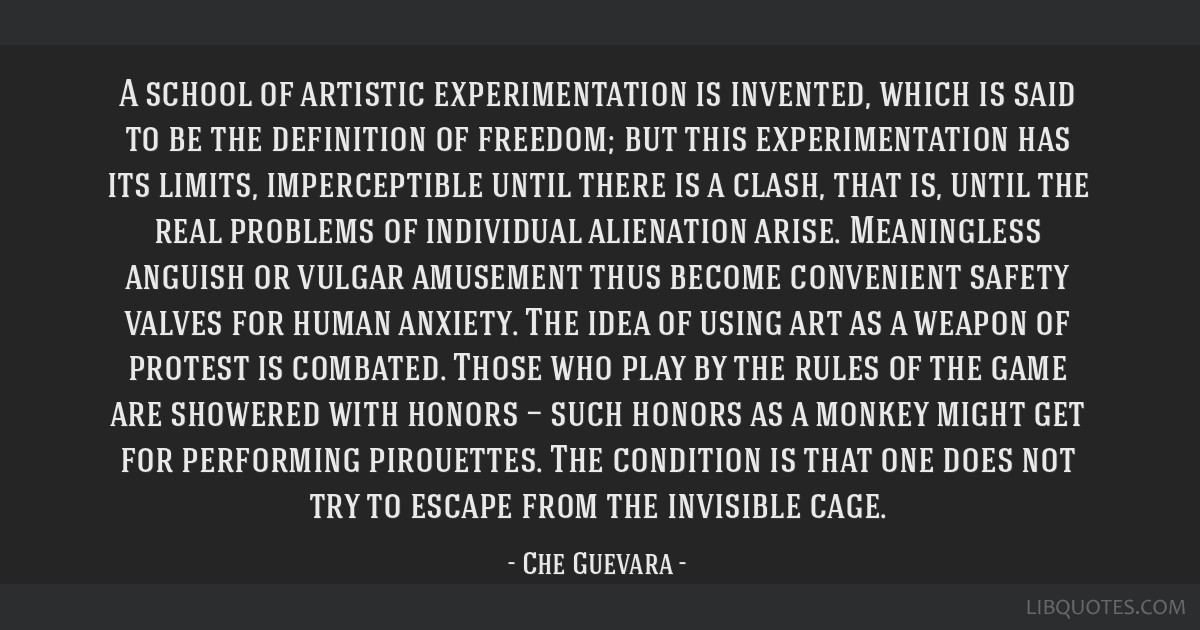 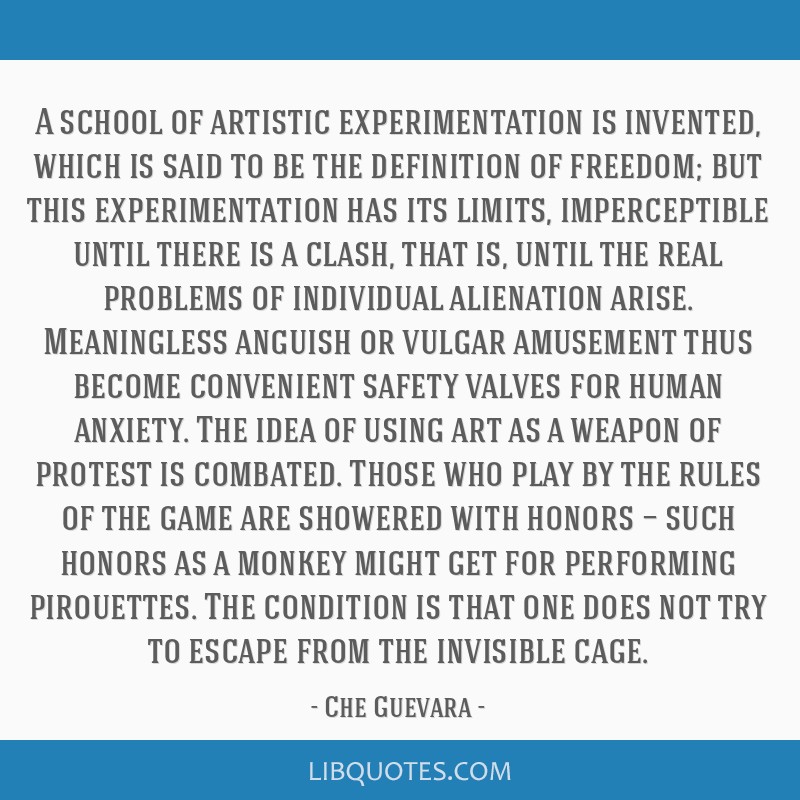 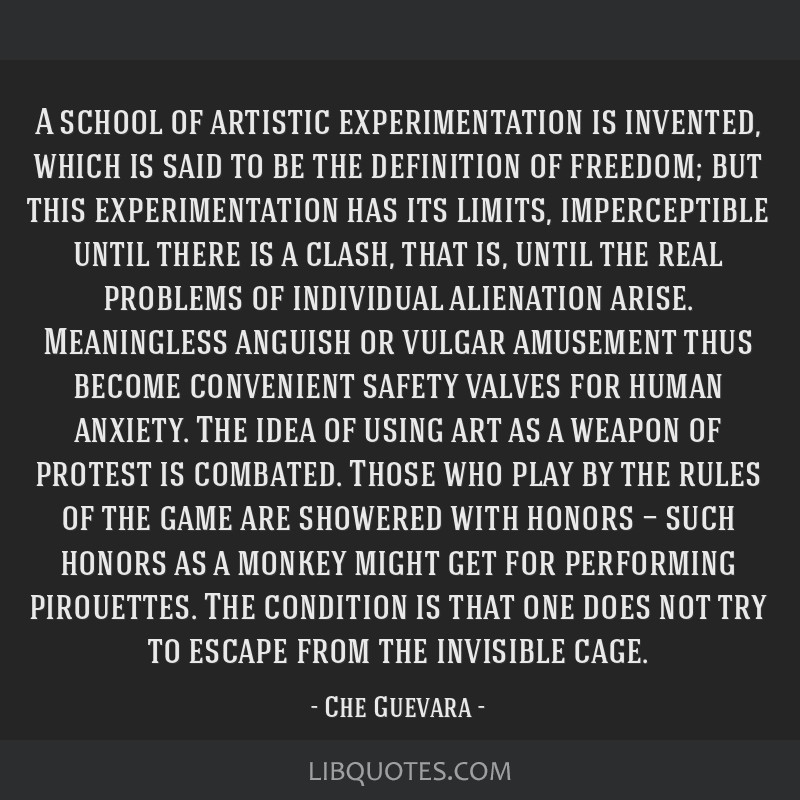