Those who kill their own children and discriminate daily against them because of the color of their skin; those who let the murderers of blacks remain free, protecting them, and furthermore punishing the black population because they demand their legitimate rights as free men — how can those who do this consider themselves guardians of freedom? The government of the United States is not the champion of freedom, but rather the perpetrator of exploitation and oppression against the peoples of the world and against a large part of its own population. 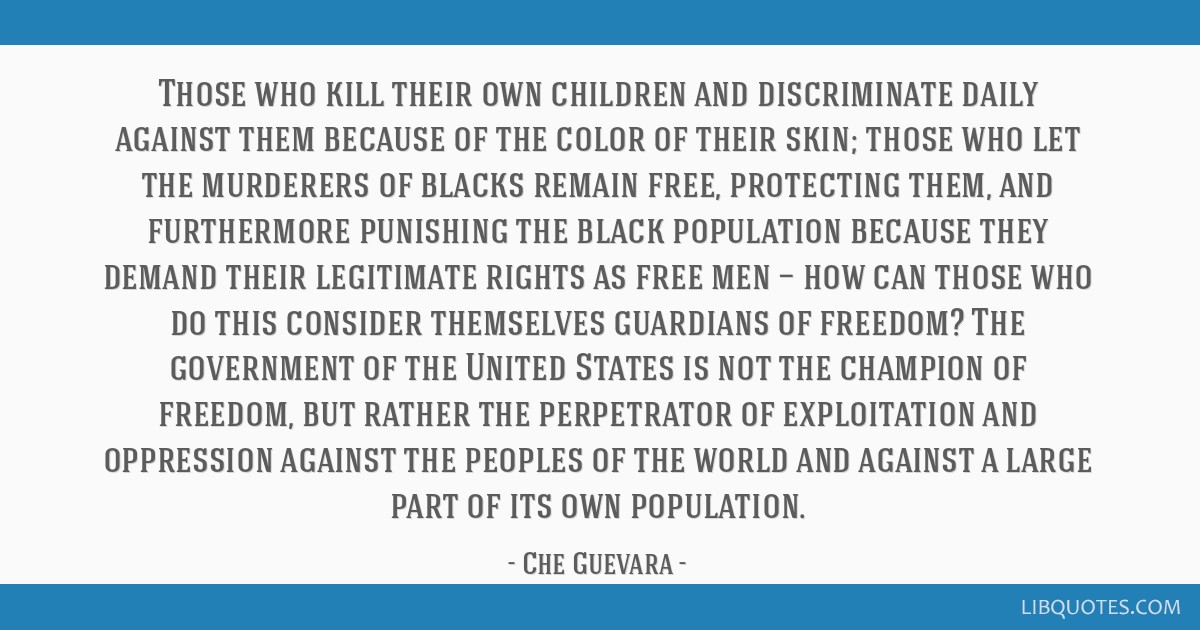 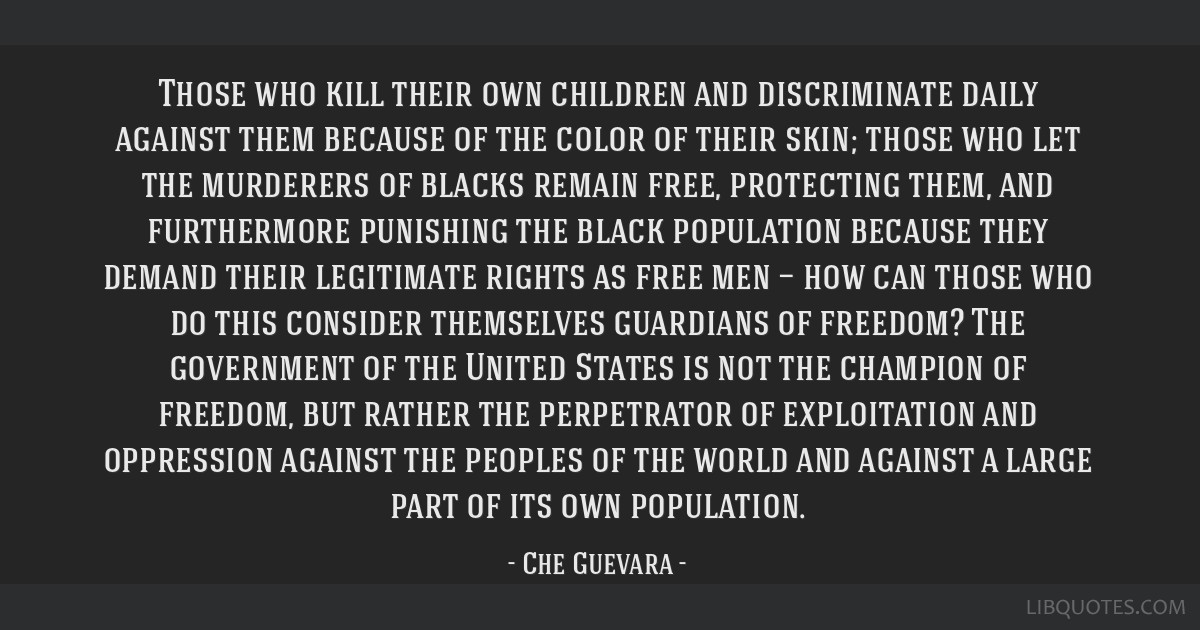 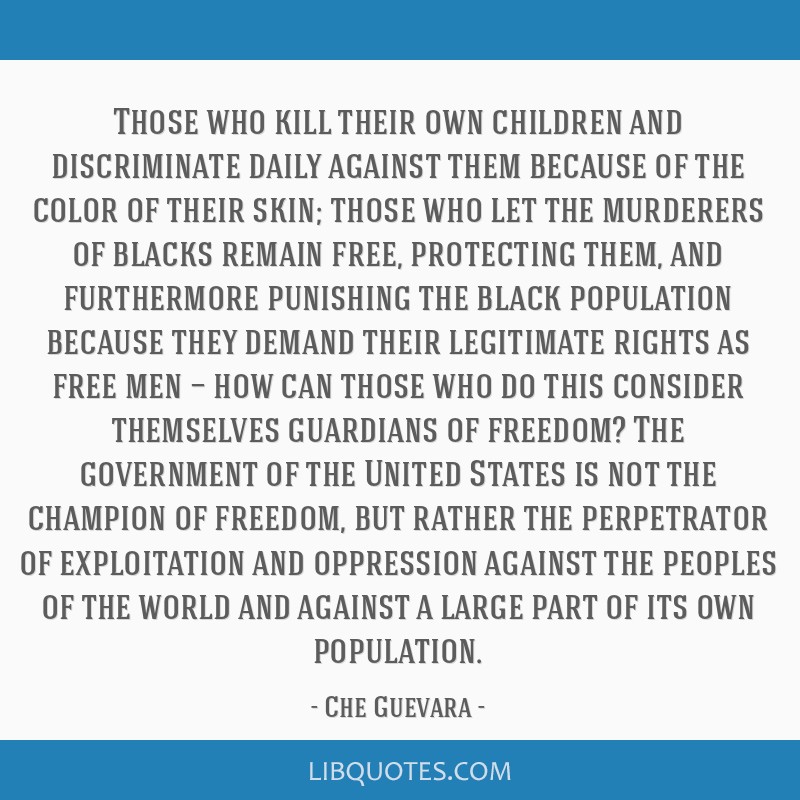