So the failure of scripture to describe anything accurately is obfuscated by assuming the conclusion with confirmation bias. Once again it is God who leads the unbelievers astray, and not their desire to understand the world as it is. And even though several of the world's richest and most successful, and even the most charitable people are unbelievers, they are still considered losers. Of course the Qur'an is wrong about all these things, and I'm glad to be back in a country where I am allowed to say that. But those are the sort of lies that religion needs to sell itself. 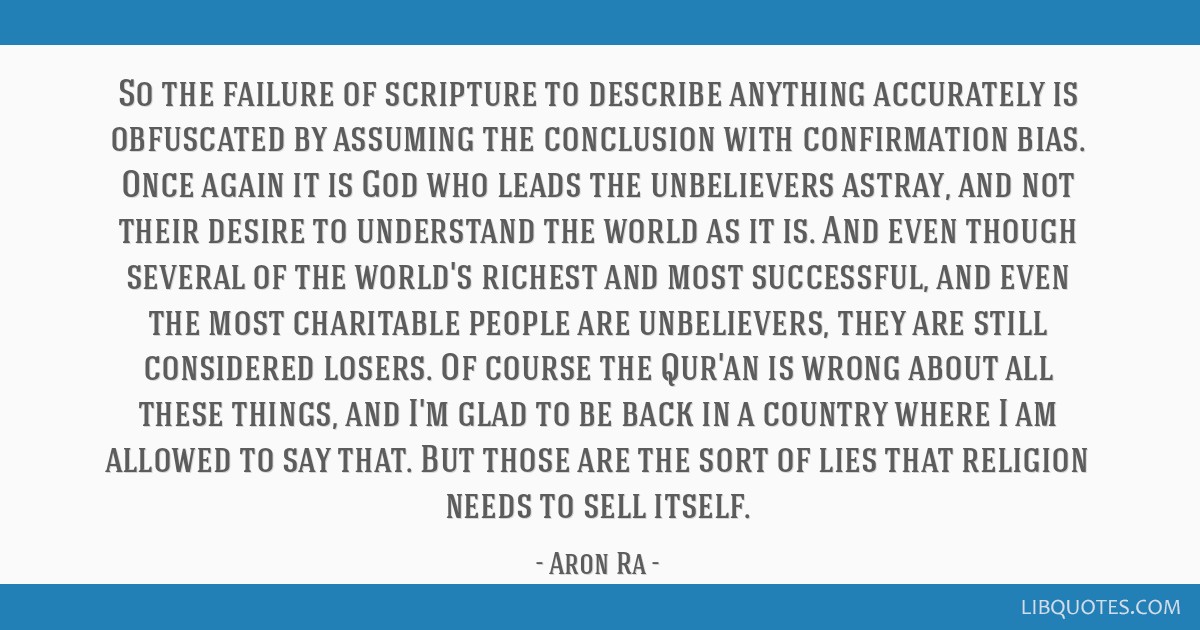 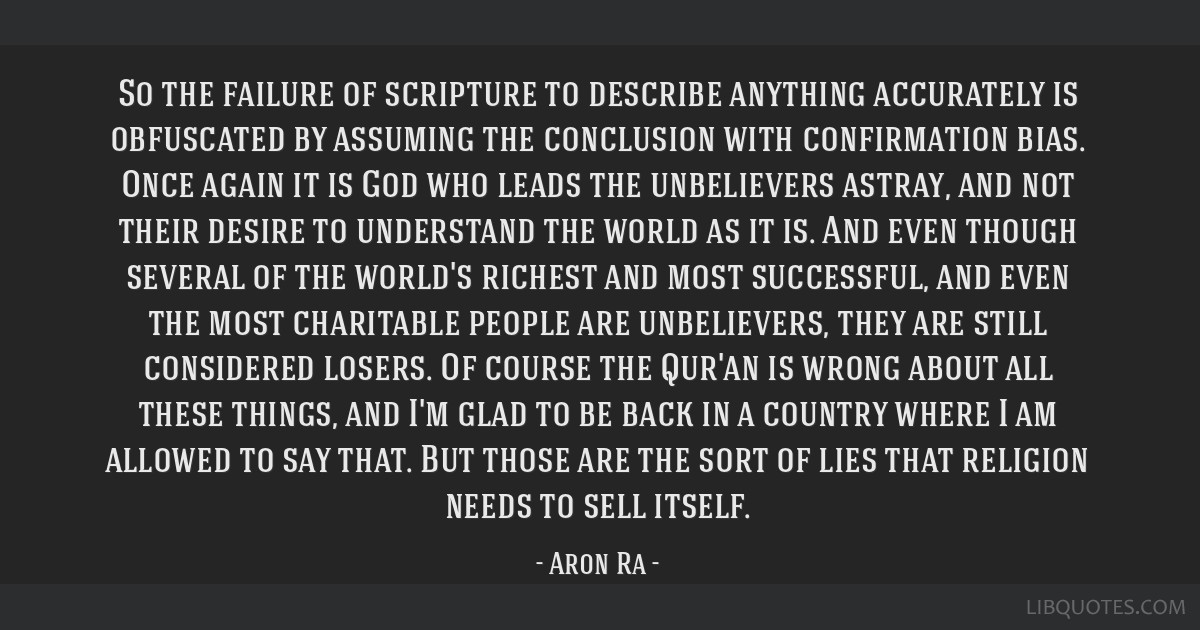 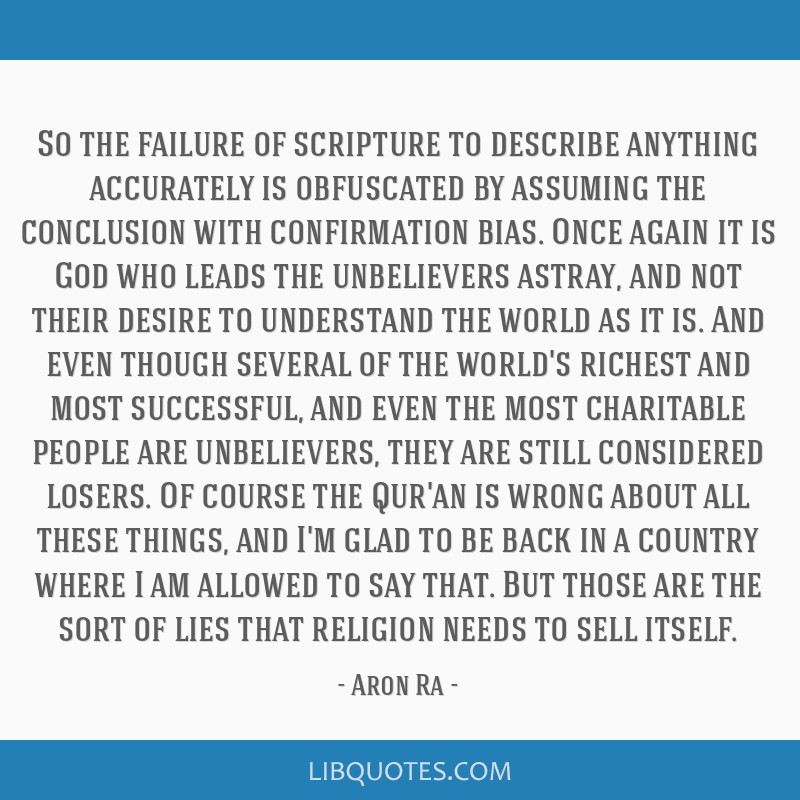 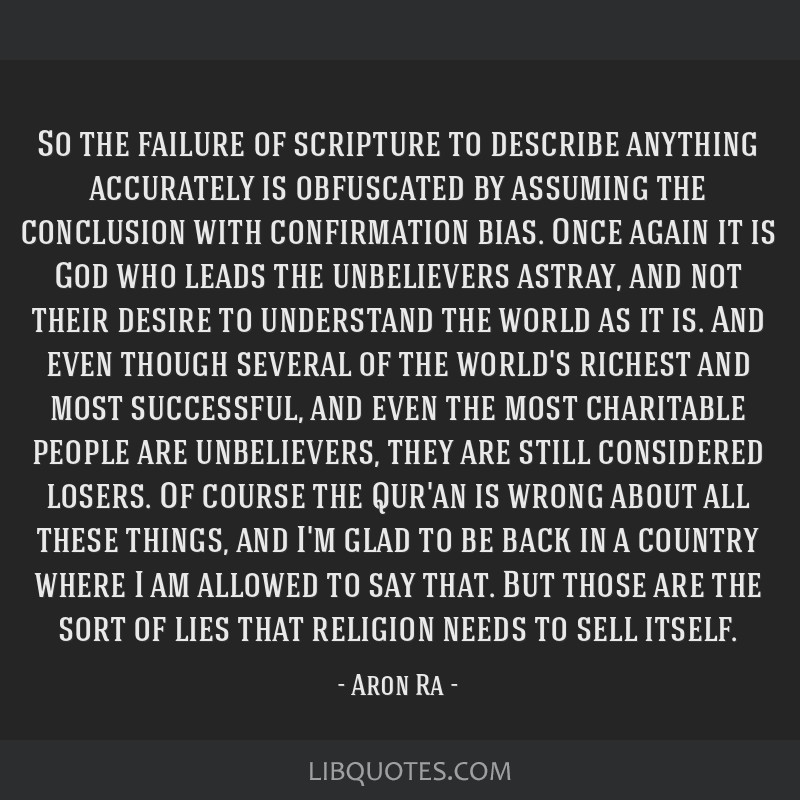