You can believe whatever you like. As long as you admit that it is a belief, you don't have to defend it. But if you assert your belief as a statement of fact, then you do have to defend it! Stating anything as definitely true when there is insufficient evidence to back it –is dishonest. Making such positive proclamations without any evidence at all is a matter of faith. And promising in advance to forever defend an unsupportable a priori preference even against an avalanche of evidence against it -is apologetics, which is all creation science really is. 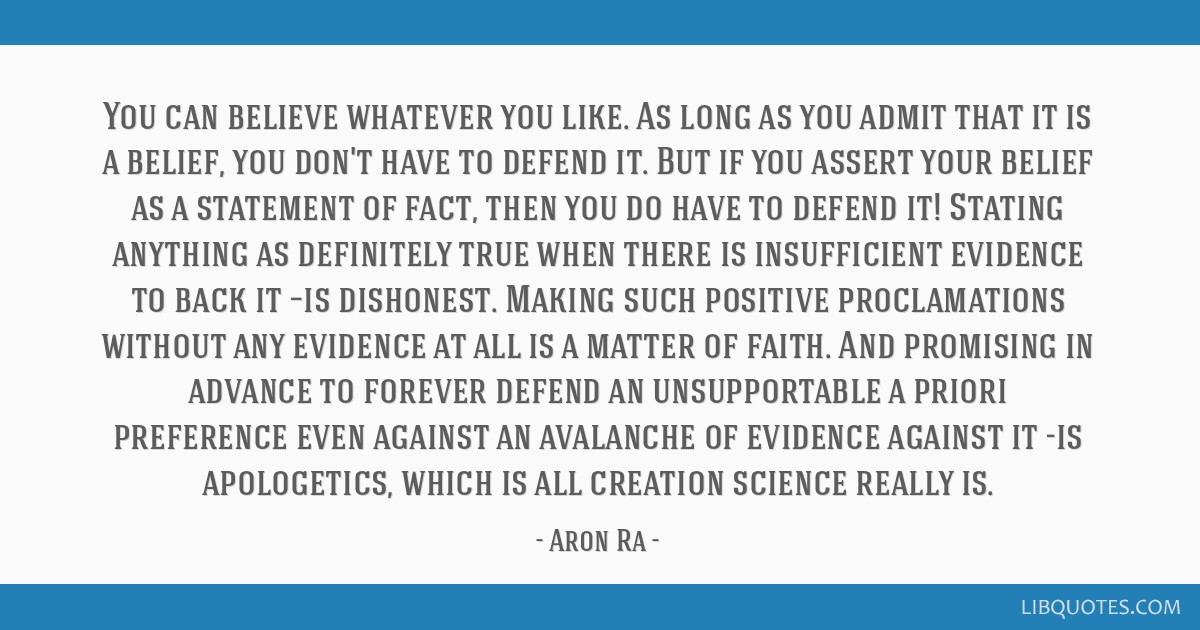 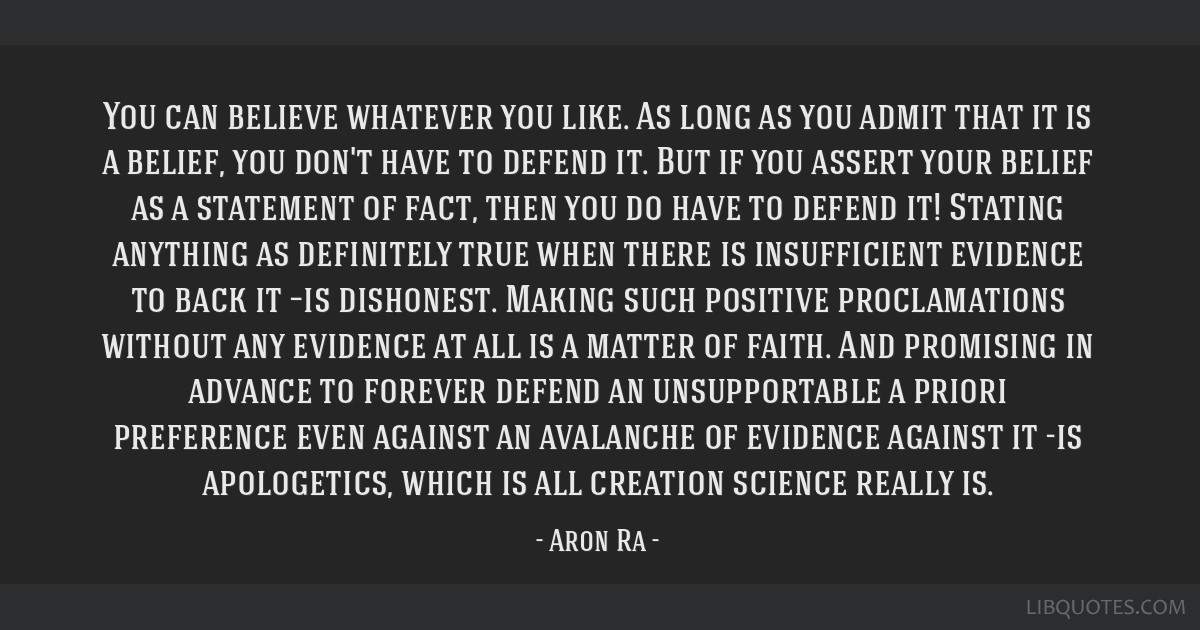 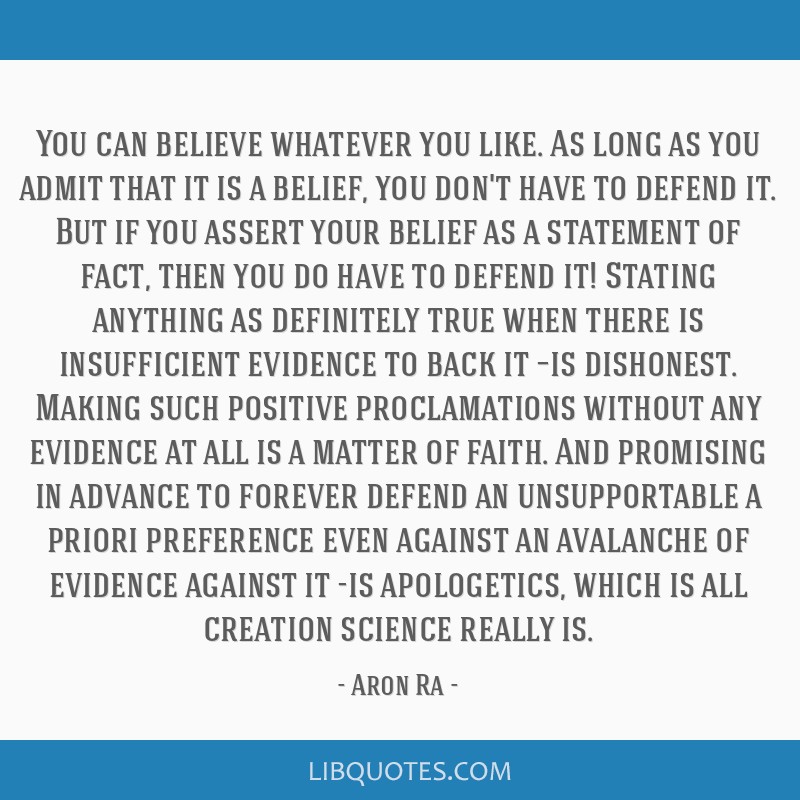 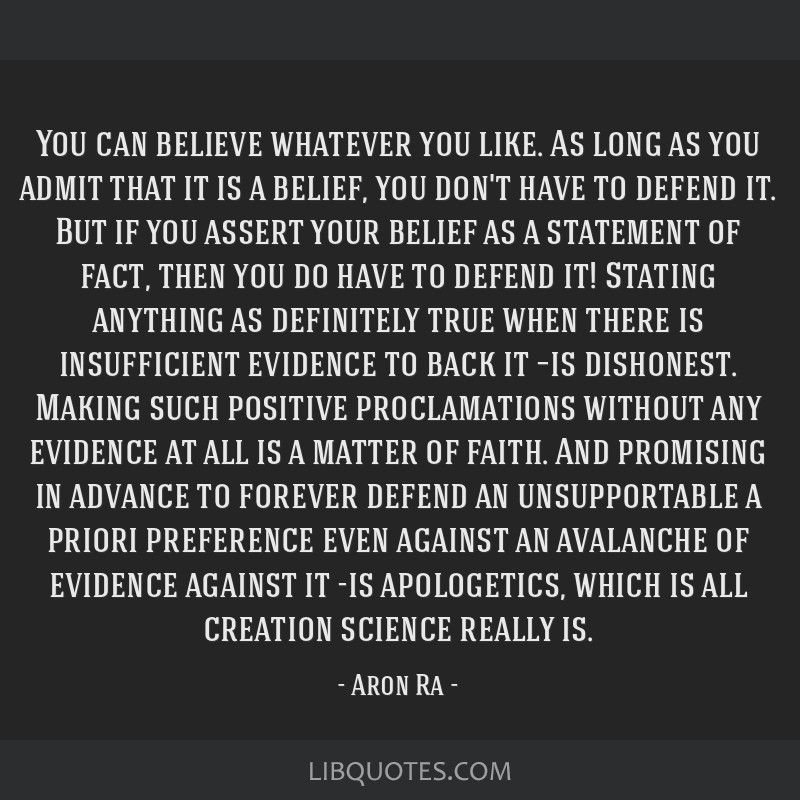