The edifice of my educational thought is almost entirely beholden to the views of Kerschensteiner. At later stages, however, Gandhiji's influence and his elaboration of some of the finest points on the subject provided the much needed depth and expansion. Words turned into projects and a mere conceptual and transient framework became an insuperable part of my life. 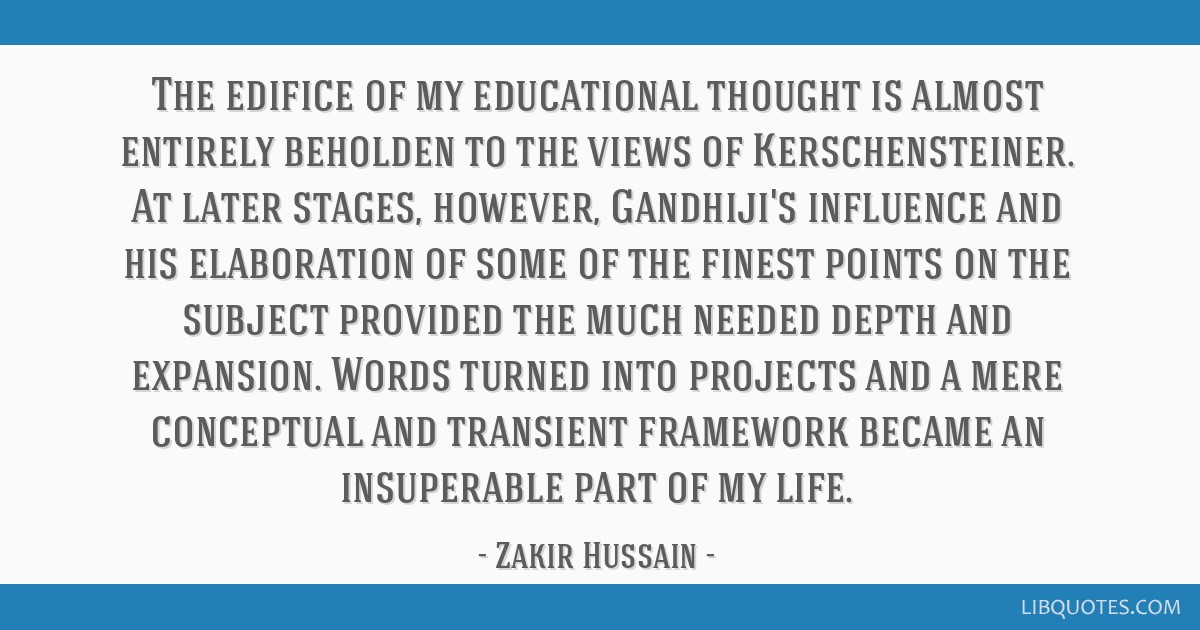 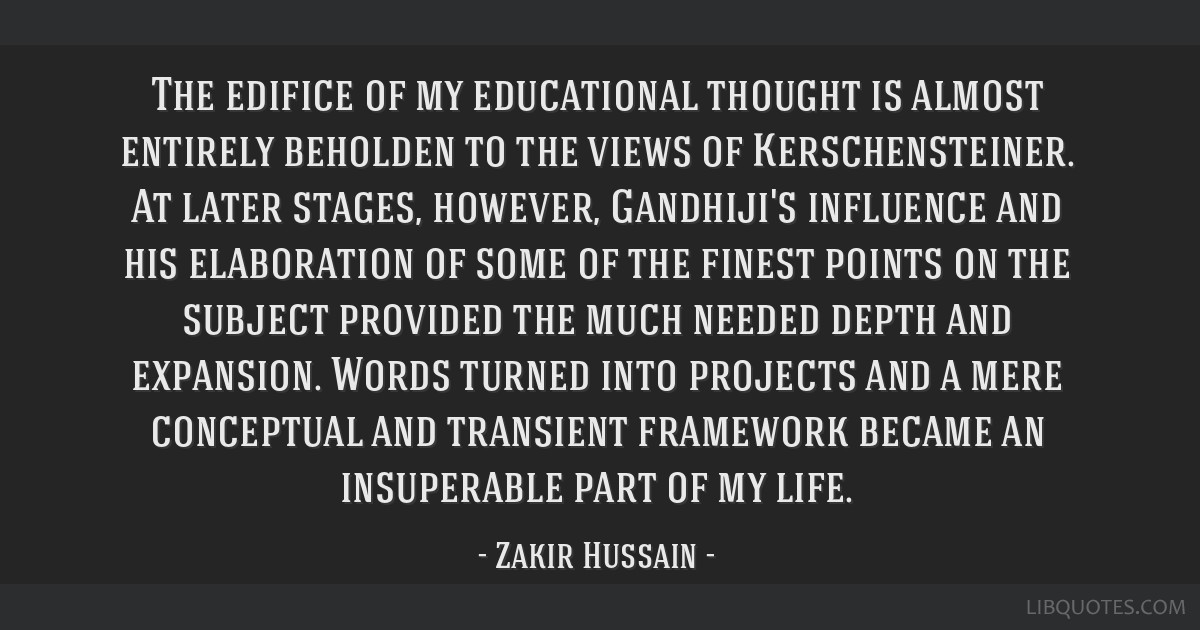 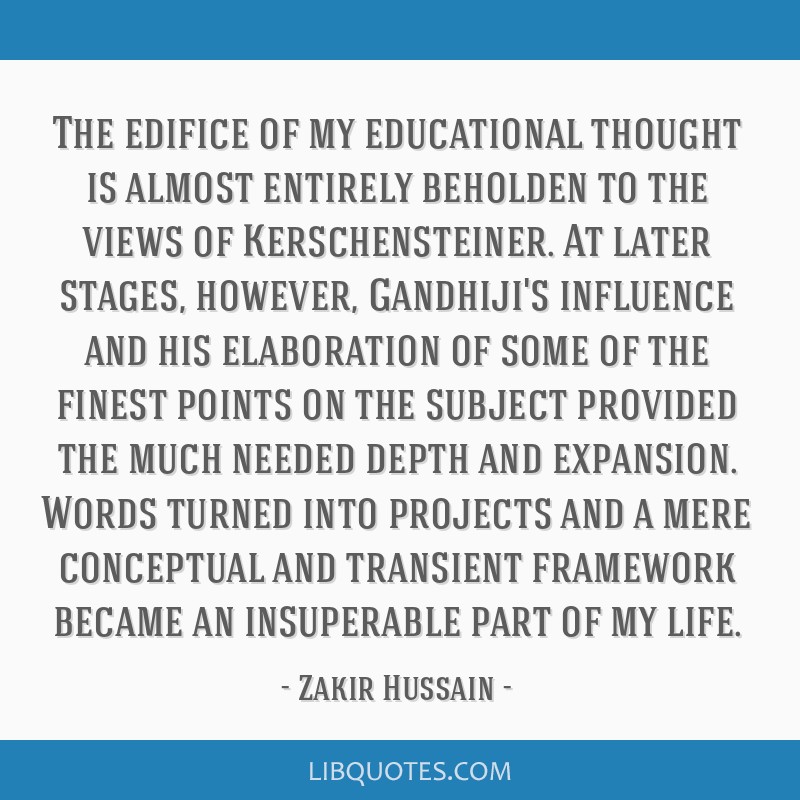 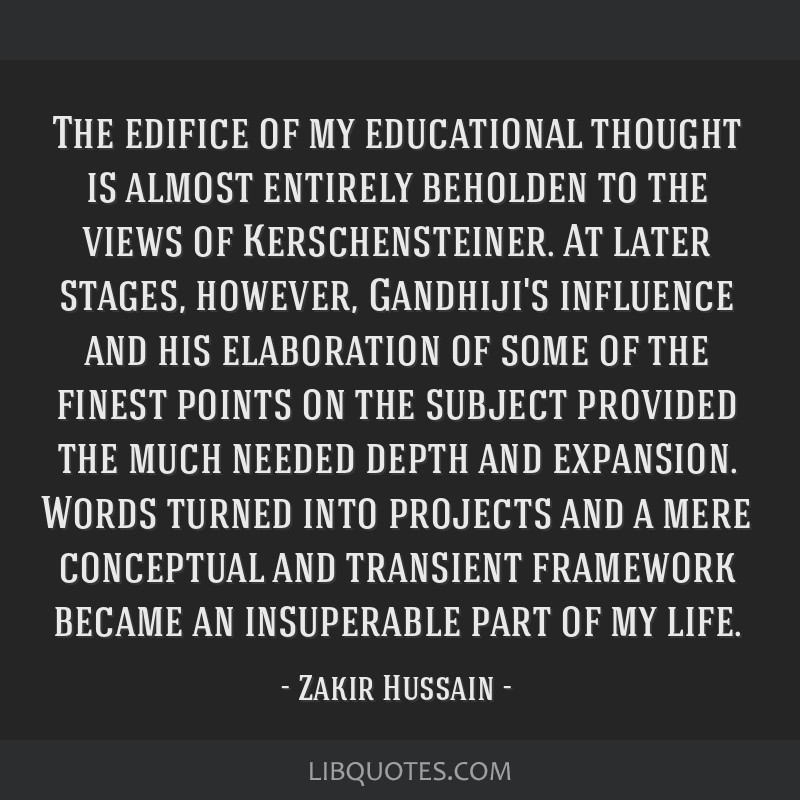 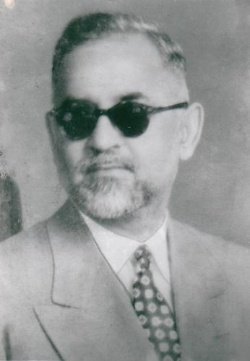