Thus, then, on the night of the tenth of May, at the outset of this mighty battle, I acquired the chief power in the State, which henceforth I wielded in ever-growing measure for five years and three months of world war, at the end of which time, all our enemies having surrendered unconditionally or being about to do so, I was immediately dismissed by the British electorate from all further conduct of their affairs. 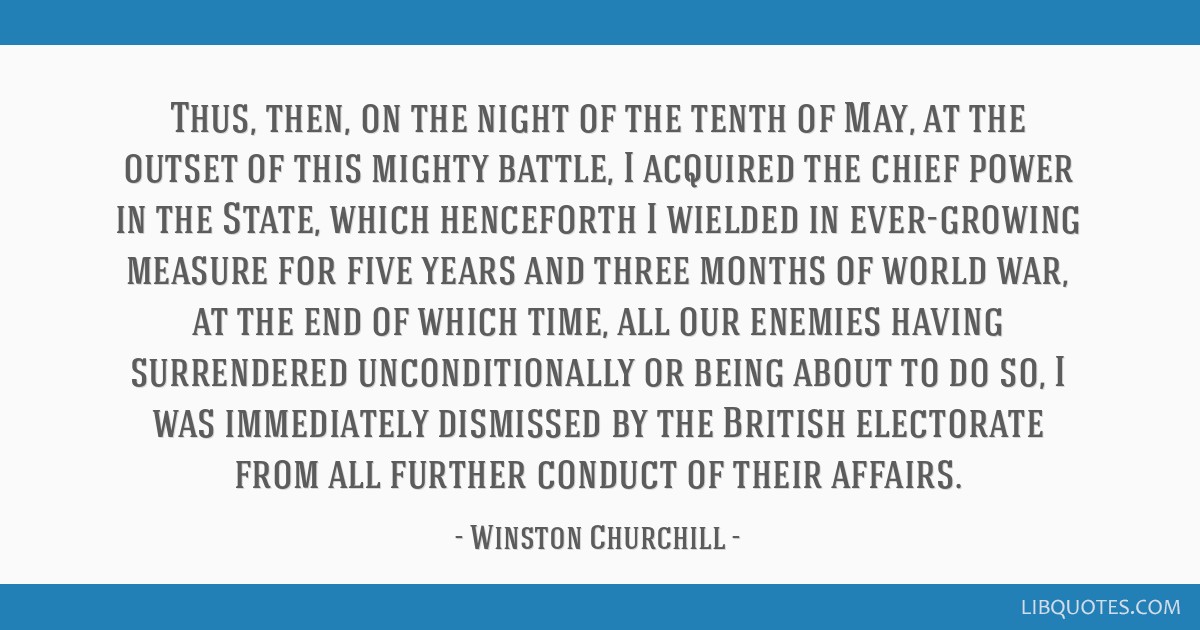 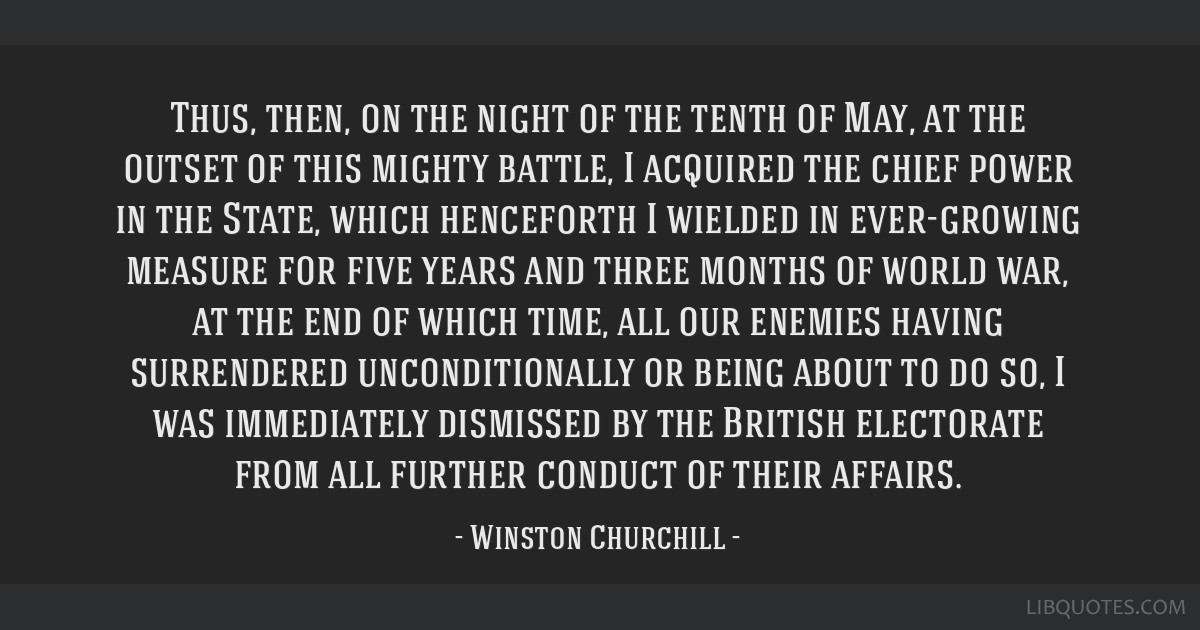 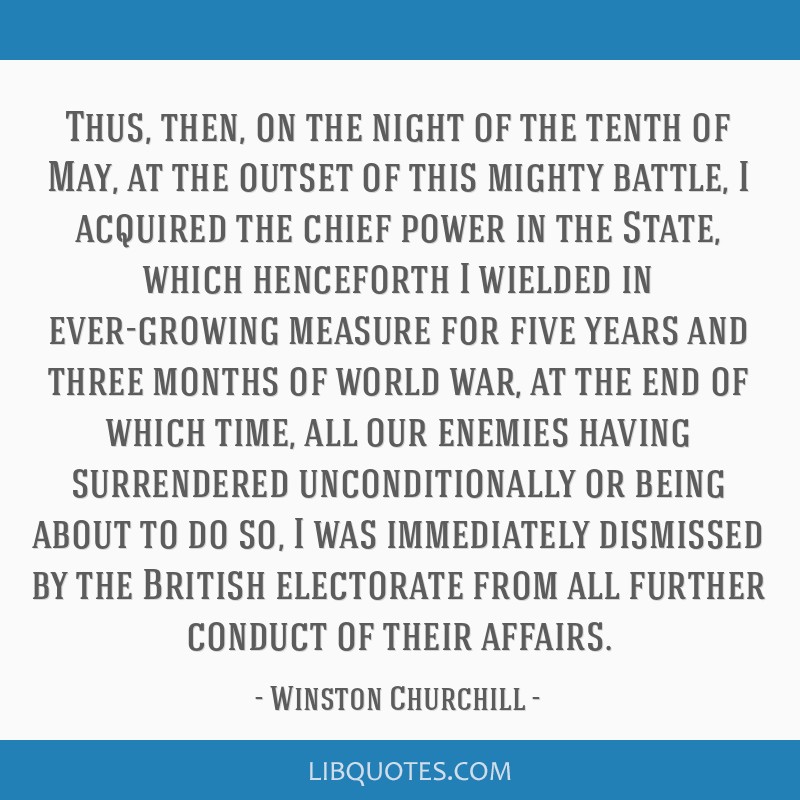 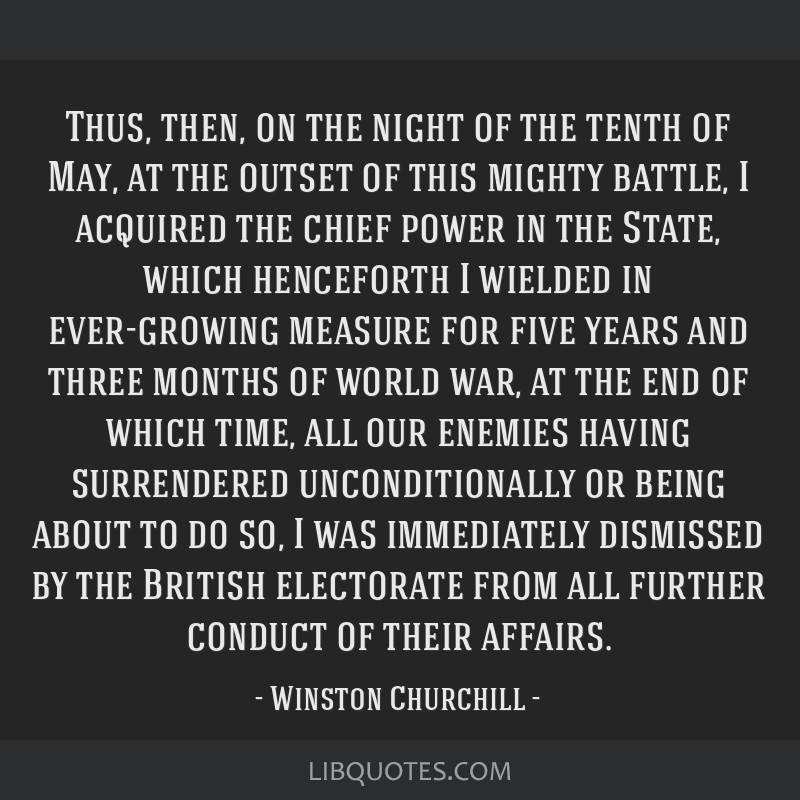