The Soviet Union and something called communism per se had not been the object of Washington's global attacks. There had never been an International Communist Conspiracy. The enemy was, and remains, any government or movement, or even individual, that stands in the way of the expansion of the American Empire; by whatever name the US gives to the enemy - communist, rogue state, drug trafficker, terrorist. 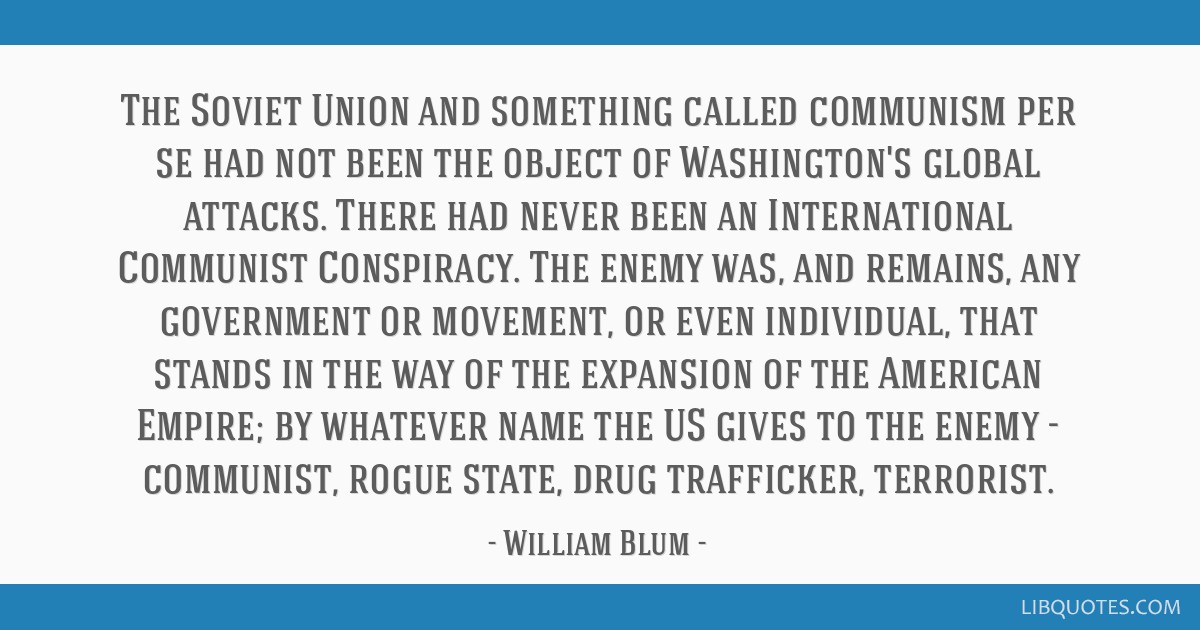 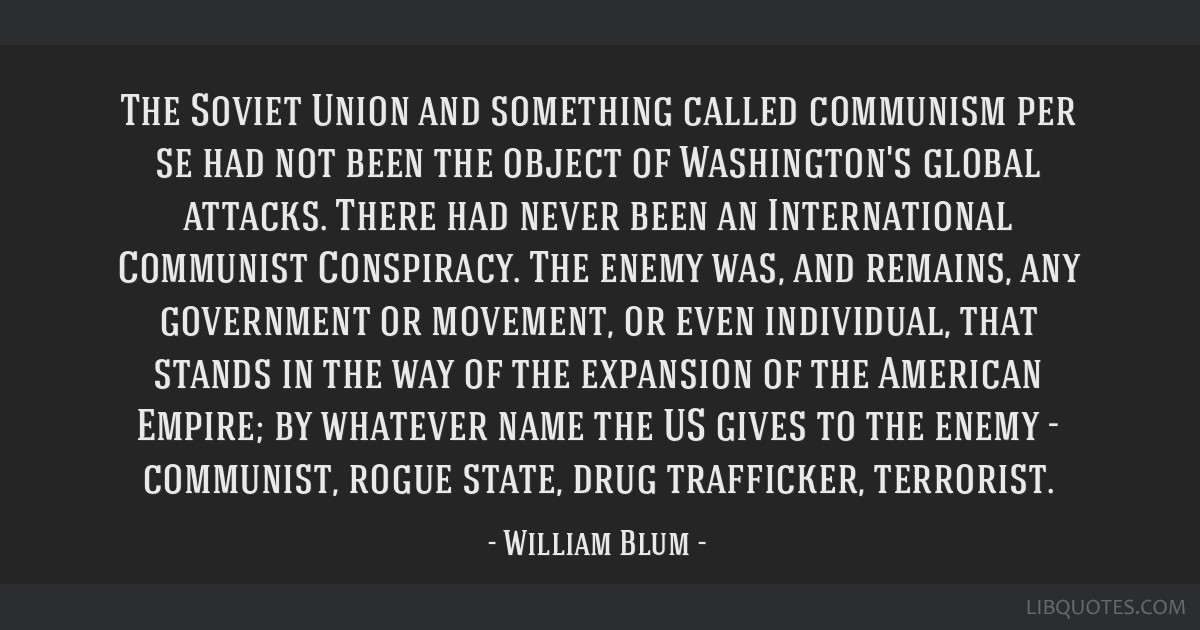 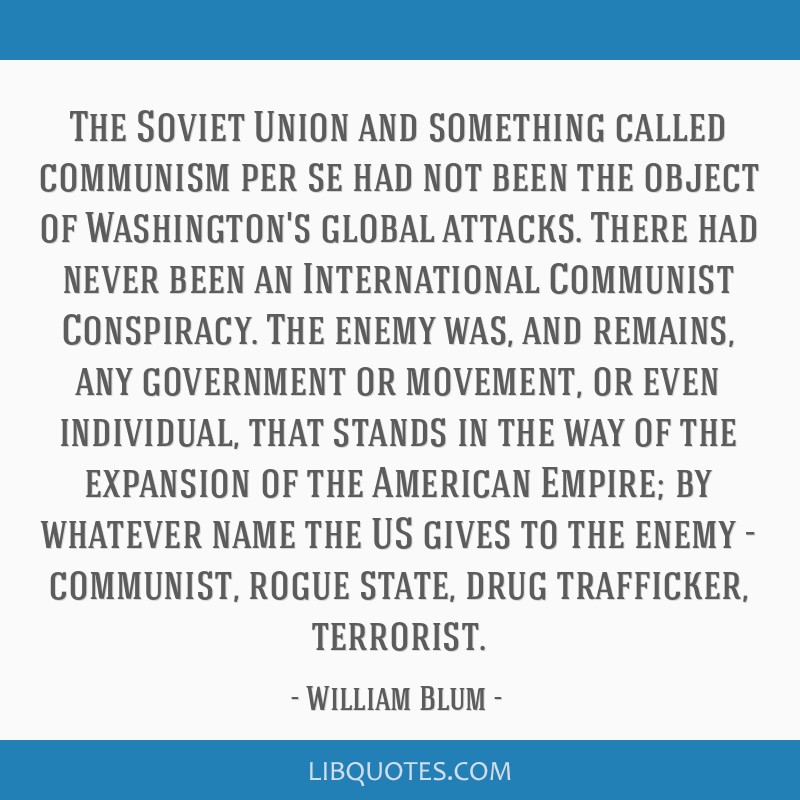 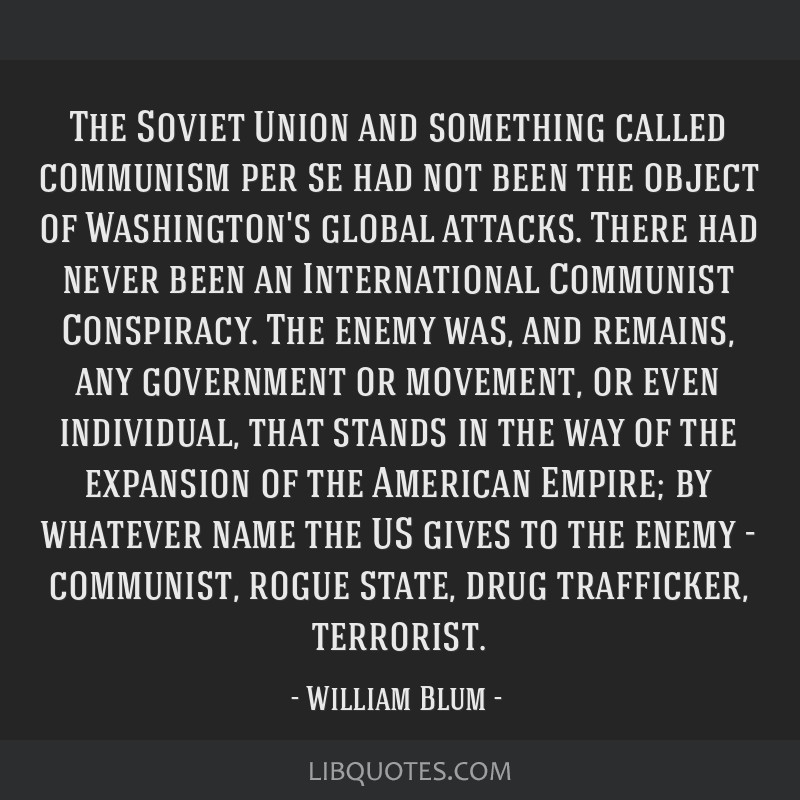 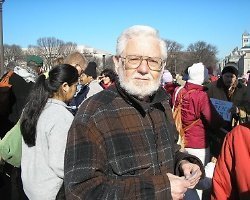