[The English ruling classes are] Freemasons thoroughly infected by Juda. The British people must be liberated from the Antichrist Juda. We must drive Juda out of England just as he has been chased out of the Continent... Juda's plan has been smashed to pieces and they themselves swept out of the European Continent! [Europe is] consolidating and closing itself off from British influences after the elimination of the British and the Jews! 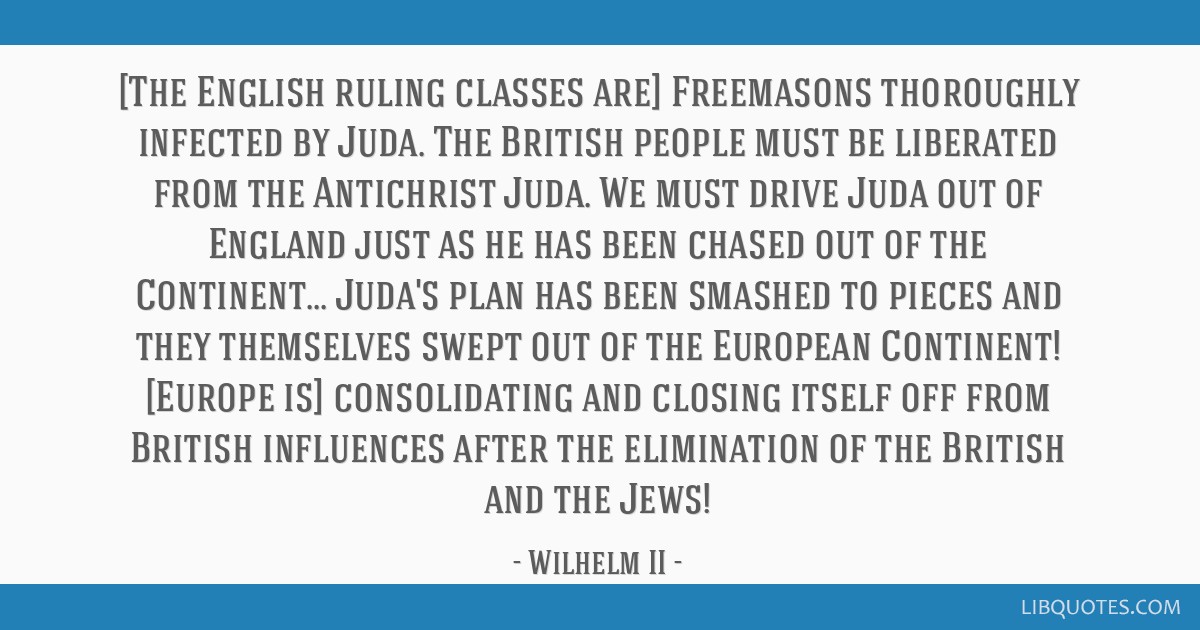 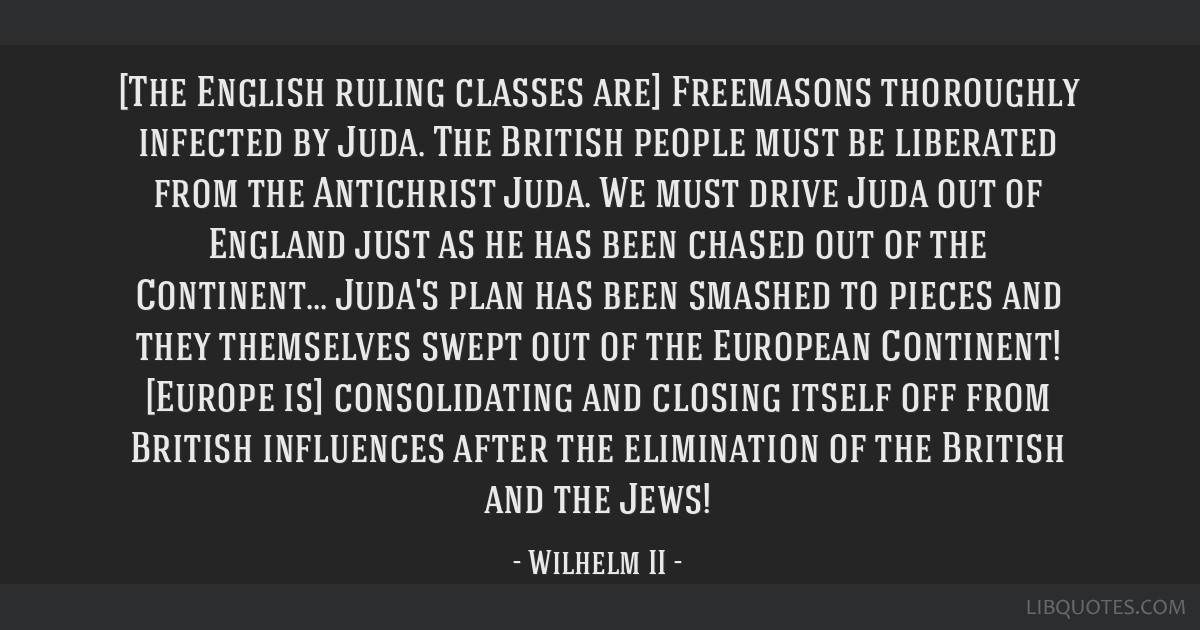 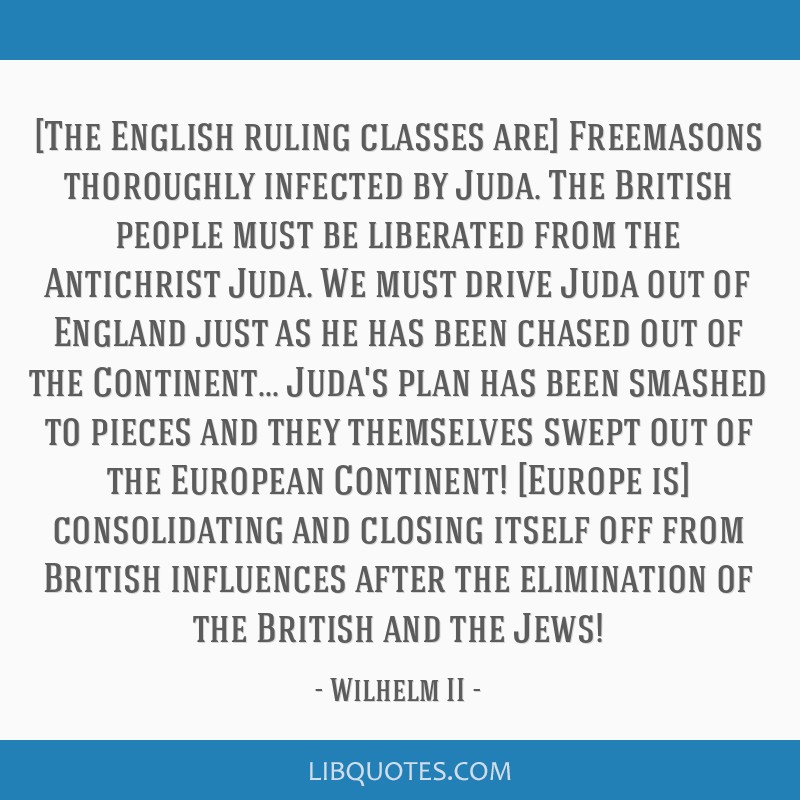 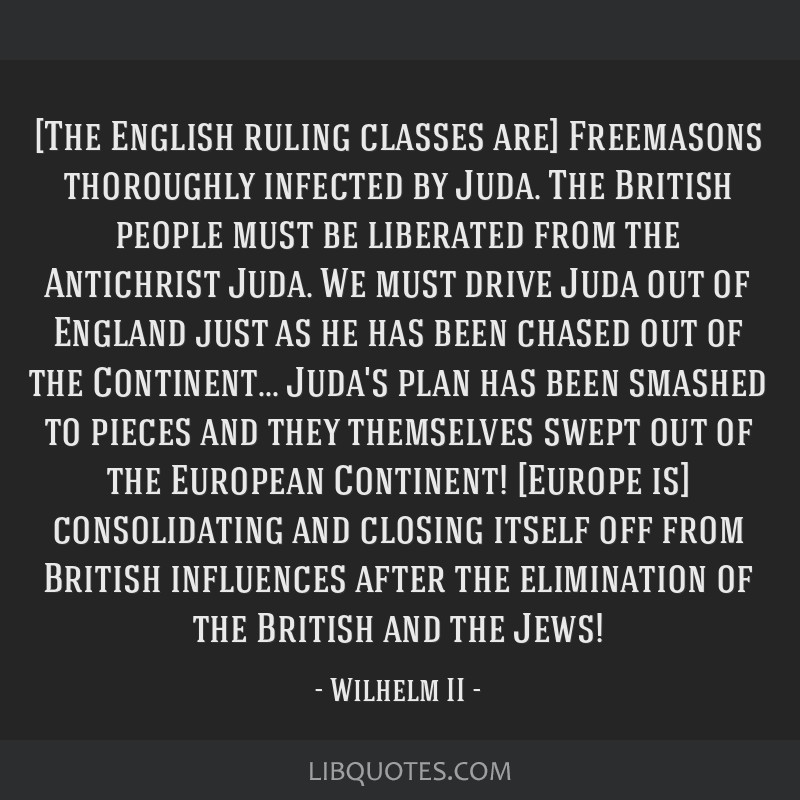