Krupp cannon have thundered over the battlefields where German unity was fought for and won, and Krupp cannon are the energy of the German army and navy today. The ships constructed in the Krupp yards carry the German flag into every sea. Krupp steel protects our vessels and our forts... But the Krupp works has not only been an exploiter in this sense. It has also been the first in Germany to recognize the new social problems and to seek to solve them, thus leading to social legislation. 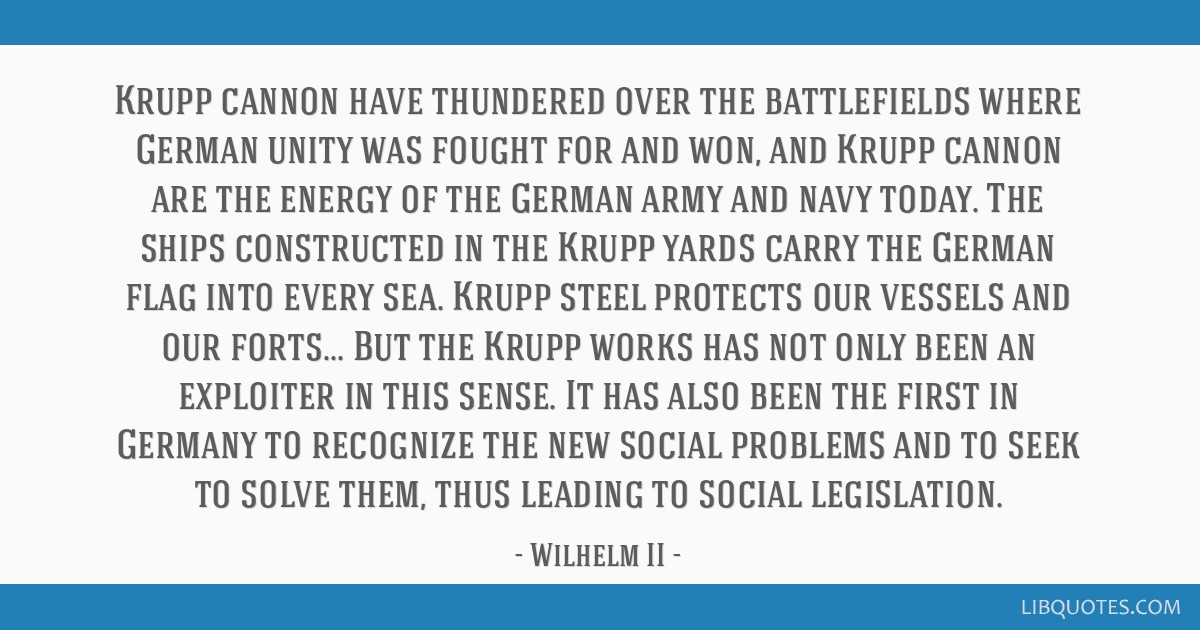 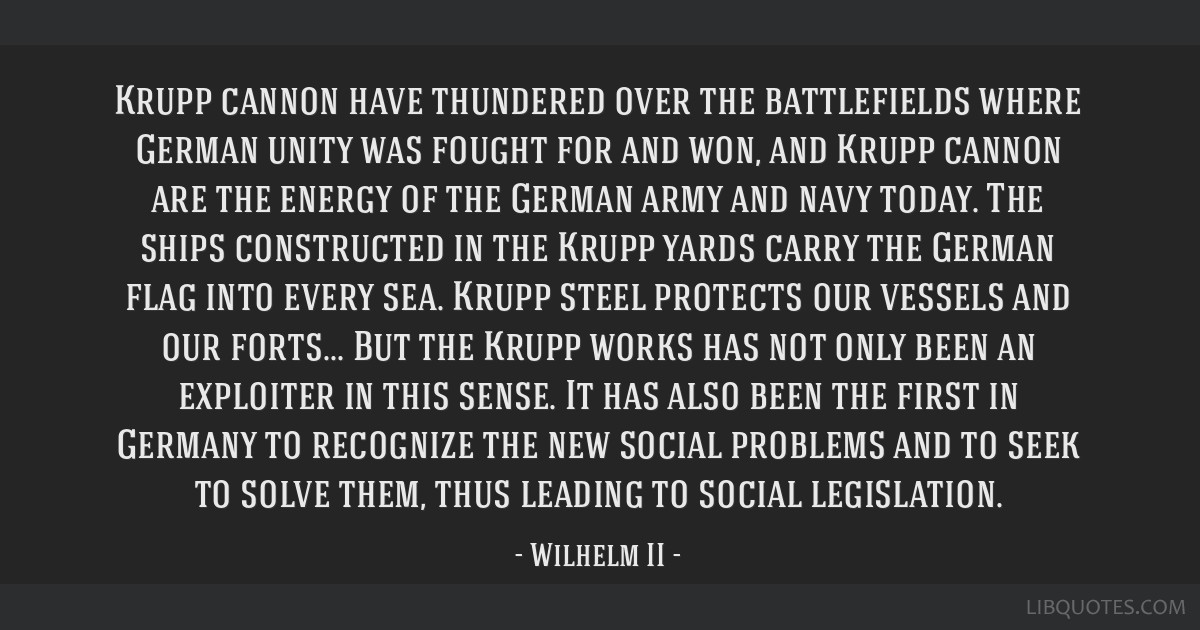 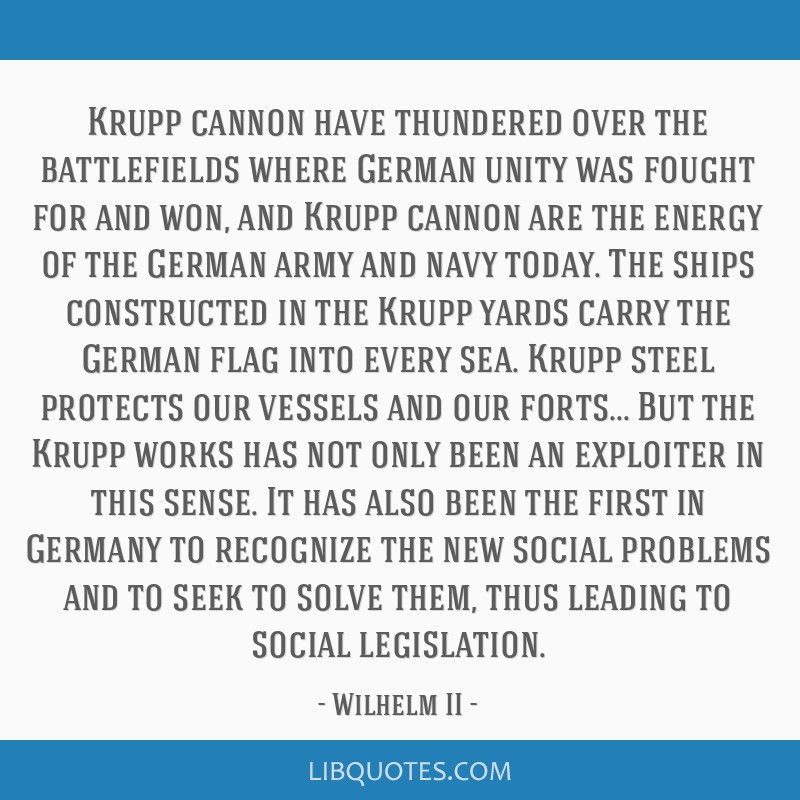 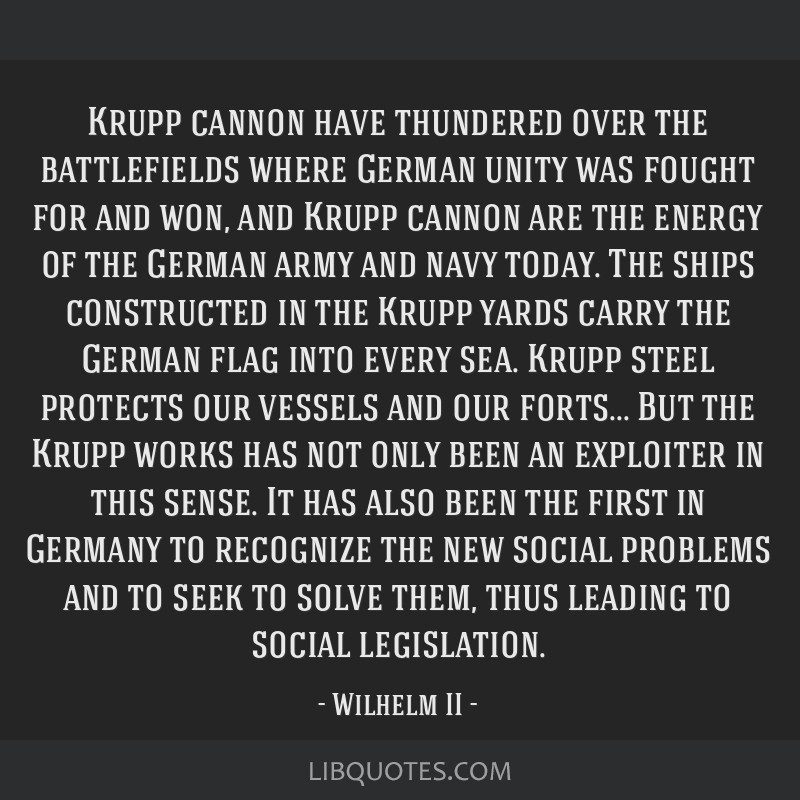