[The war is] a succession of miracles! The old Prussian spirit of Frd. Rex, of Clausewitz, Blücher, York, Gneisenau etc. has again manifested itself, as in 1870-71... The brilliant leading Generals in this war came from My school, they fought under my command in the [First] World War as lieutenants, captains or young majors. Educated by Schlieffen they put the plans he had worked out under me into practice along the same lines as we did in 1914. 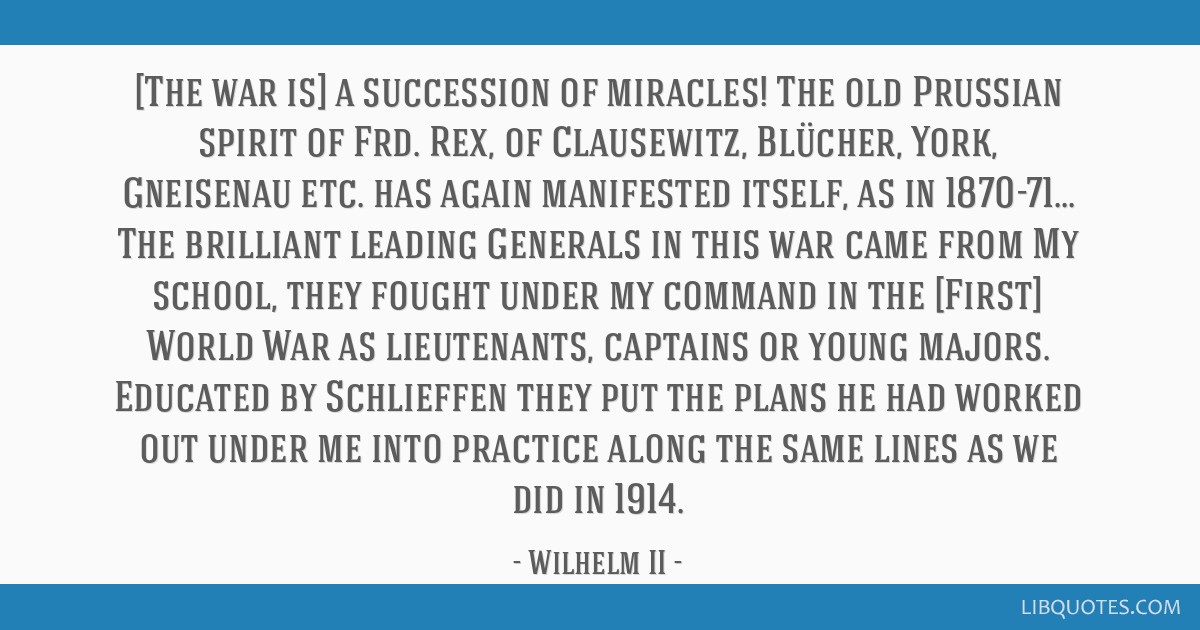 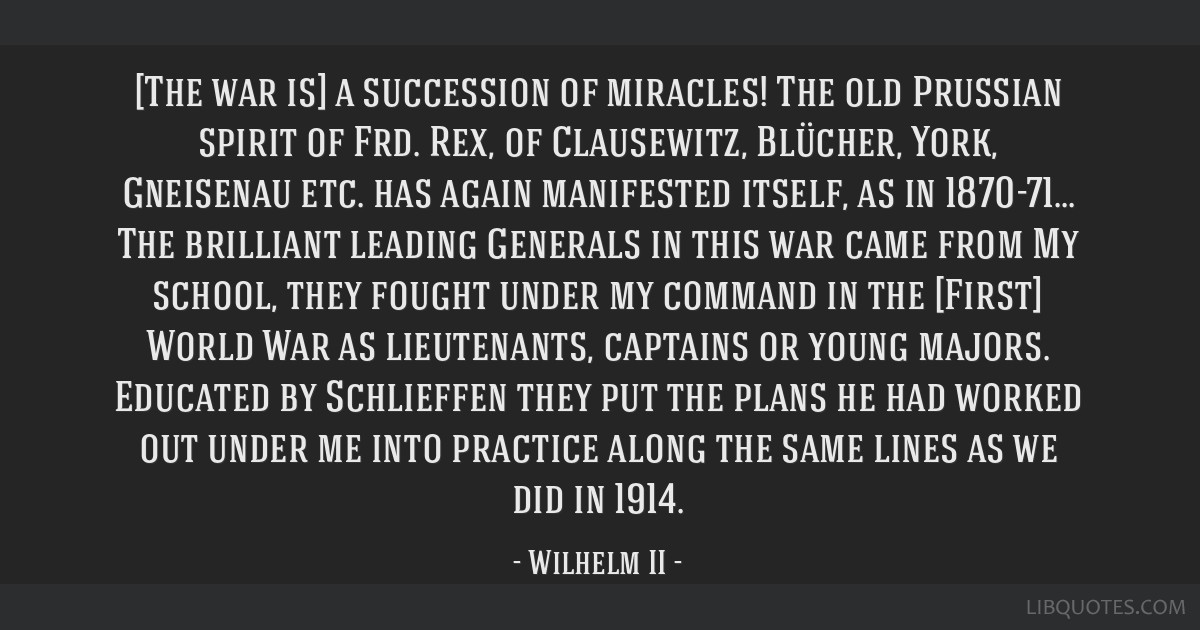 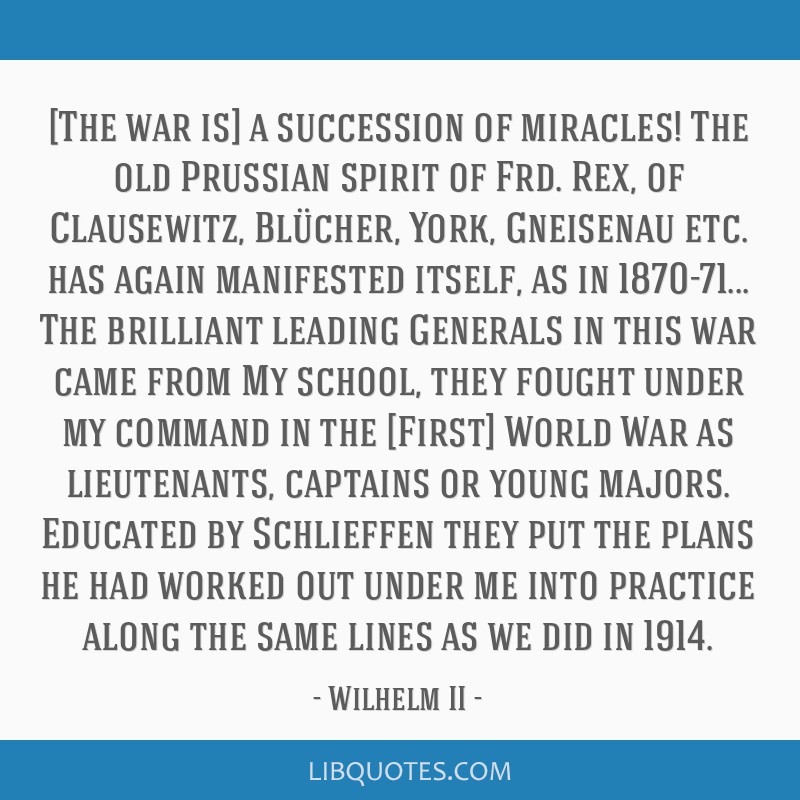 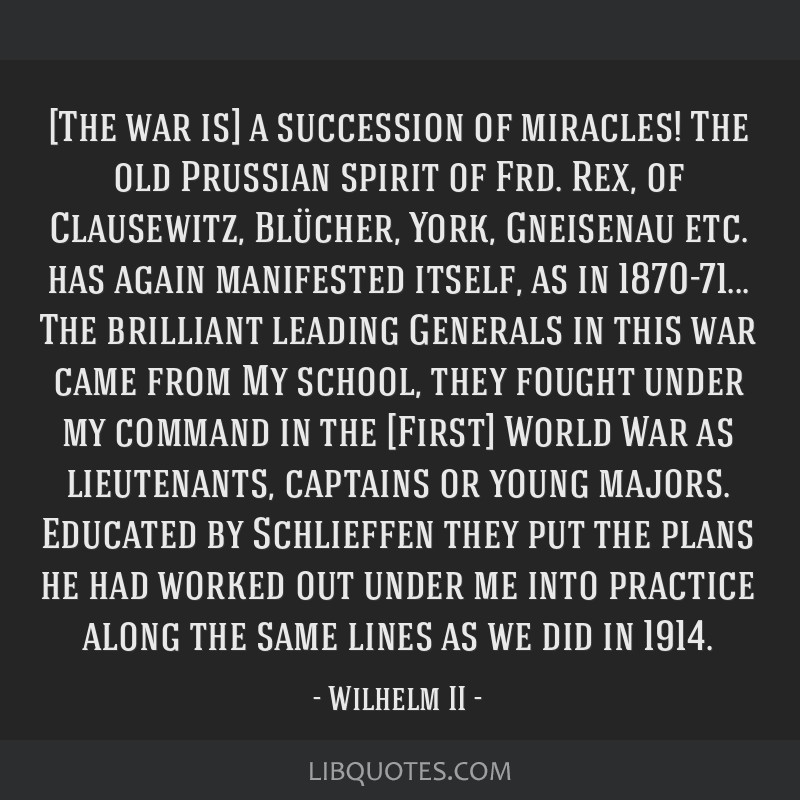