The population of Belgium... behaved in a diabolical, not to say bestial, manner, not one iota better than the Cossacks. They tortured the wounded, beat them to death, killed doctors and medical orderlies, fired secretly... on men harmlessly standing in the street - in fact by prearranged signal, under leadership... The King of the Belgians has to be notified at once that since his people have placed themselves outside all observance of European customs - from the frontier on, in all the villages, not only in Liege - they will be treated accordingly. Conditions for Belgium will become immensely more difficult. 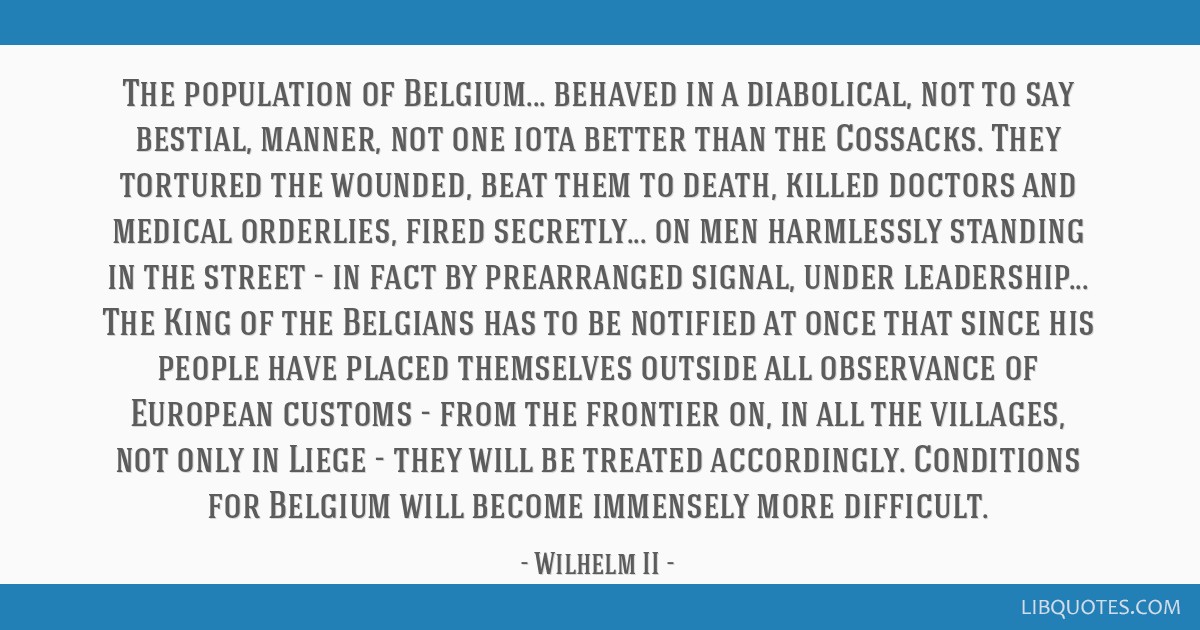 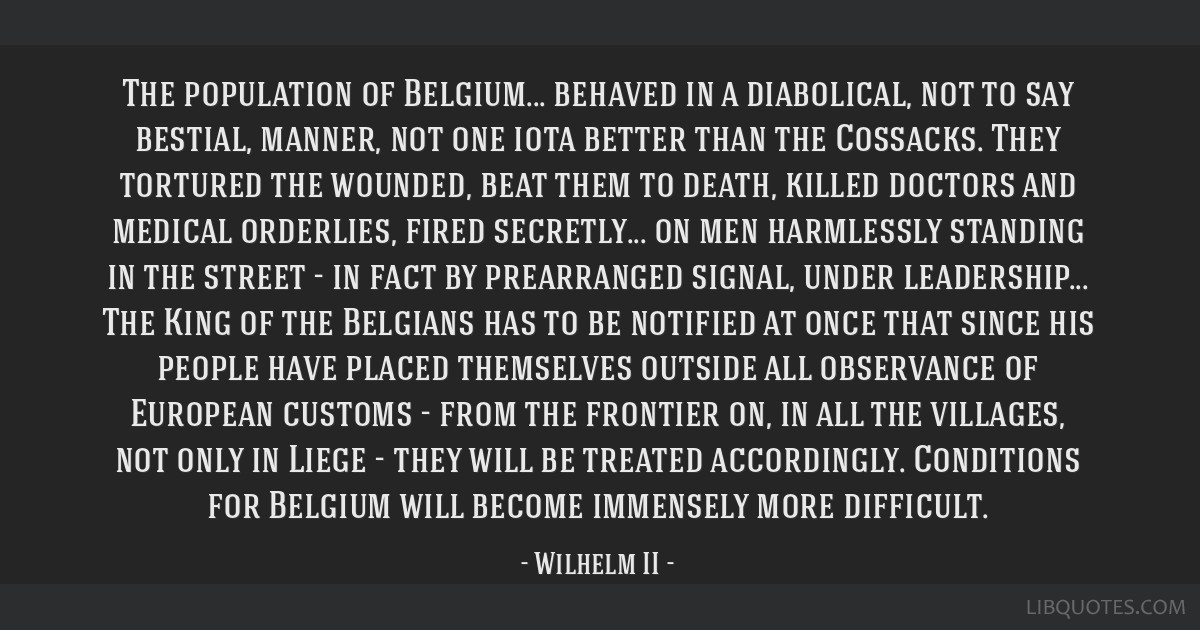 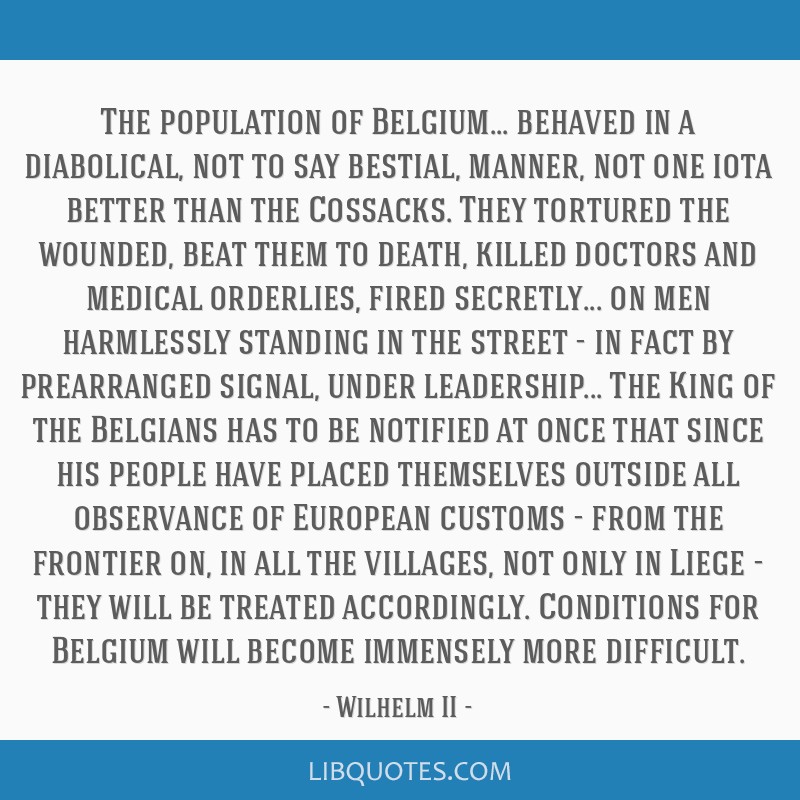 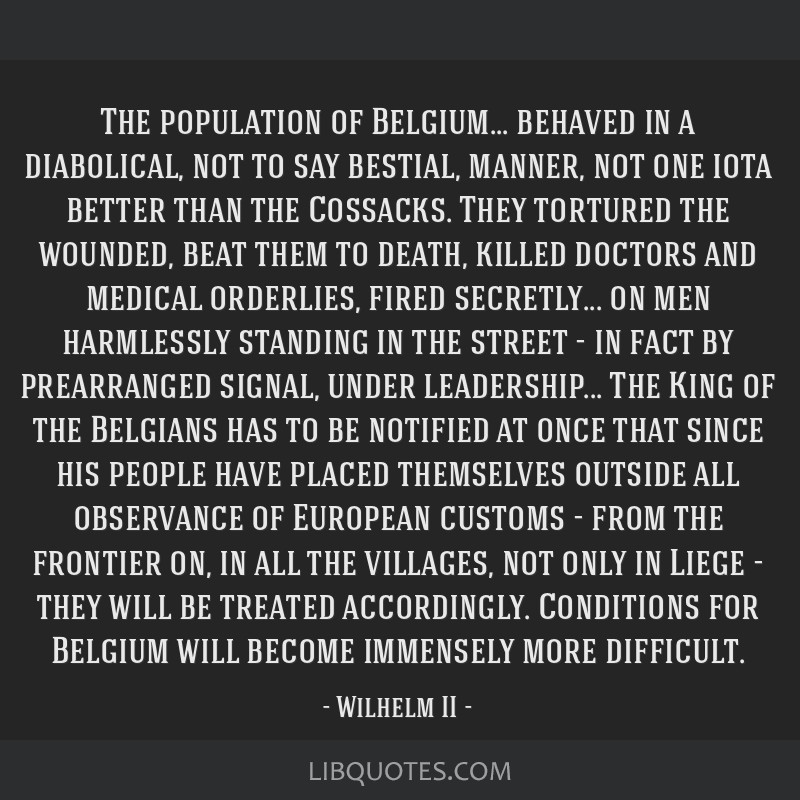