Under the deeply moving impression of France's capitulation I congratulate you and all the German armed forces on the God-given prodigious victory with the words of Kaiser Wilhelm the Great of the year 1870: "What a turn of events through God's dispensation!" All German hearts are filled with the chorale of Leuthen, which the victors of [the Battle of] Leuthen, the soldiers of the Great King sang [in 1757]: Now thank we all our God! 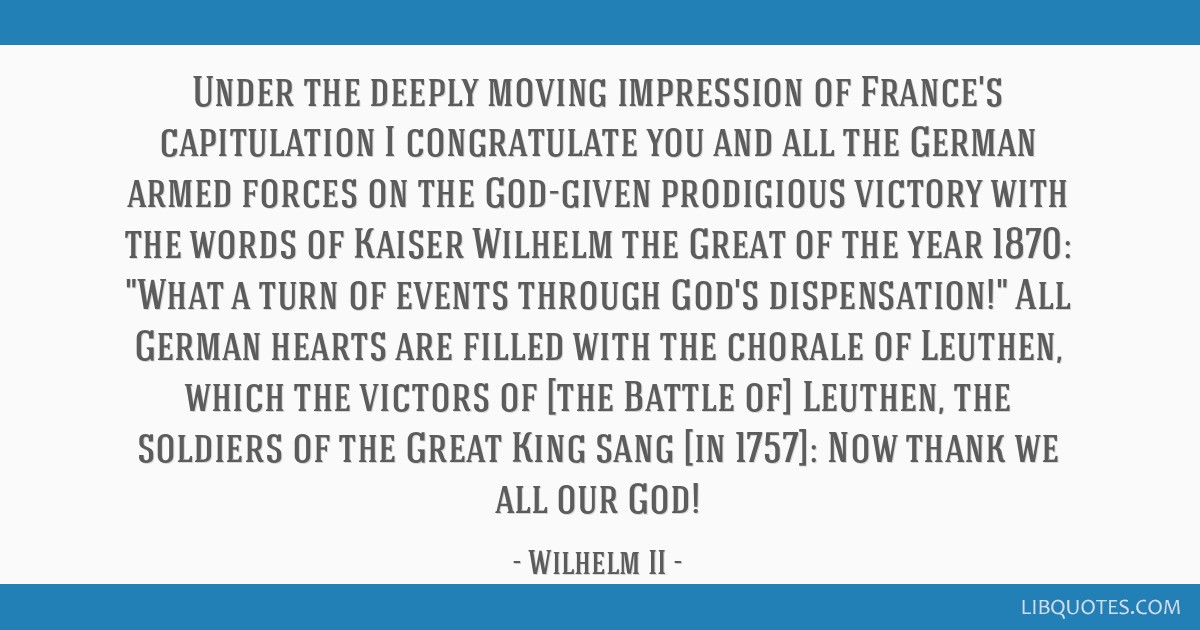 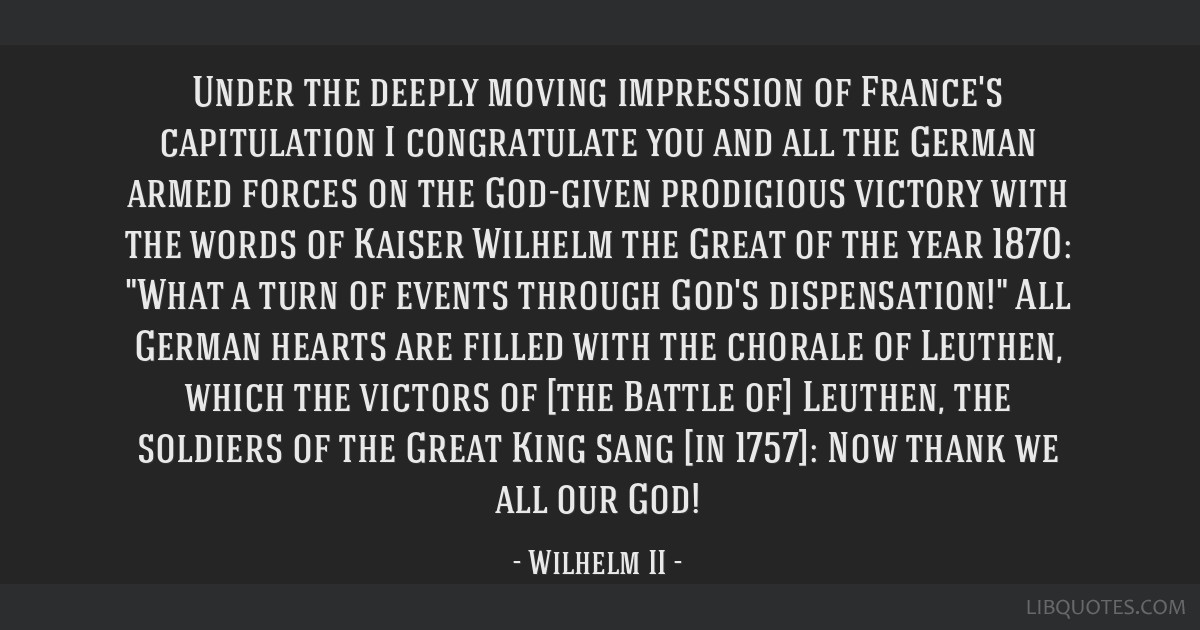 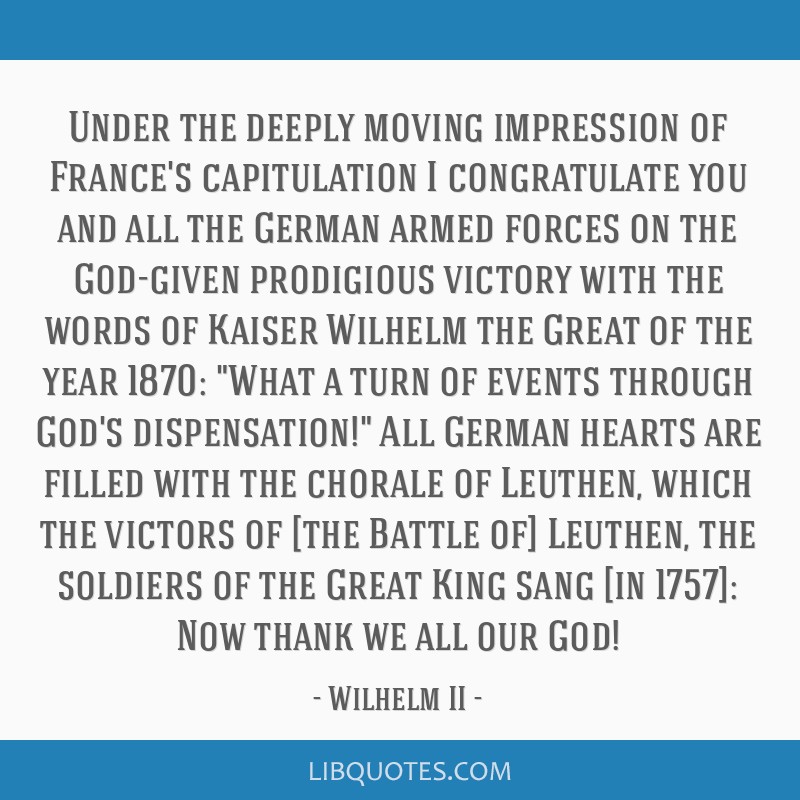 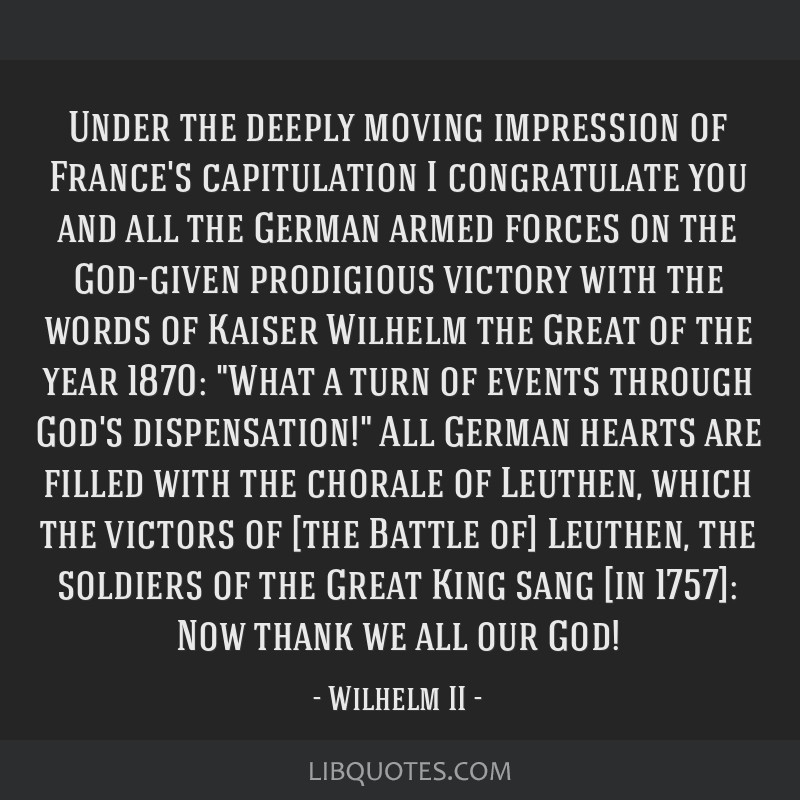