Generally, the officers of the army were indifferent whether the annexation was consummated or not; but not so all of them. For myself, I was bitterly opposed to the measure, and to this day, regard the war, which resulted, as one of the most unjust ever waged by a stronger against a weaker nation. It was an instance of a republic following the bad example of European monarchies, in not considering justice in their desire to acquire additional territory. 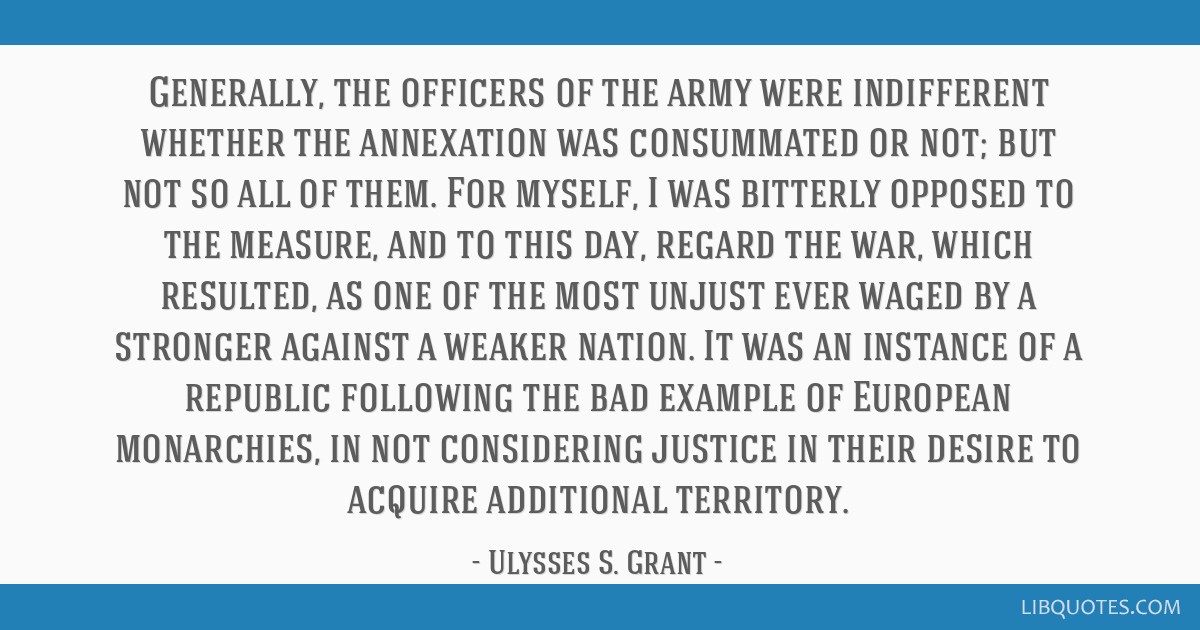 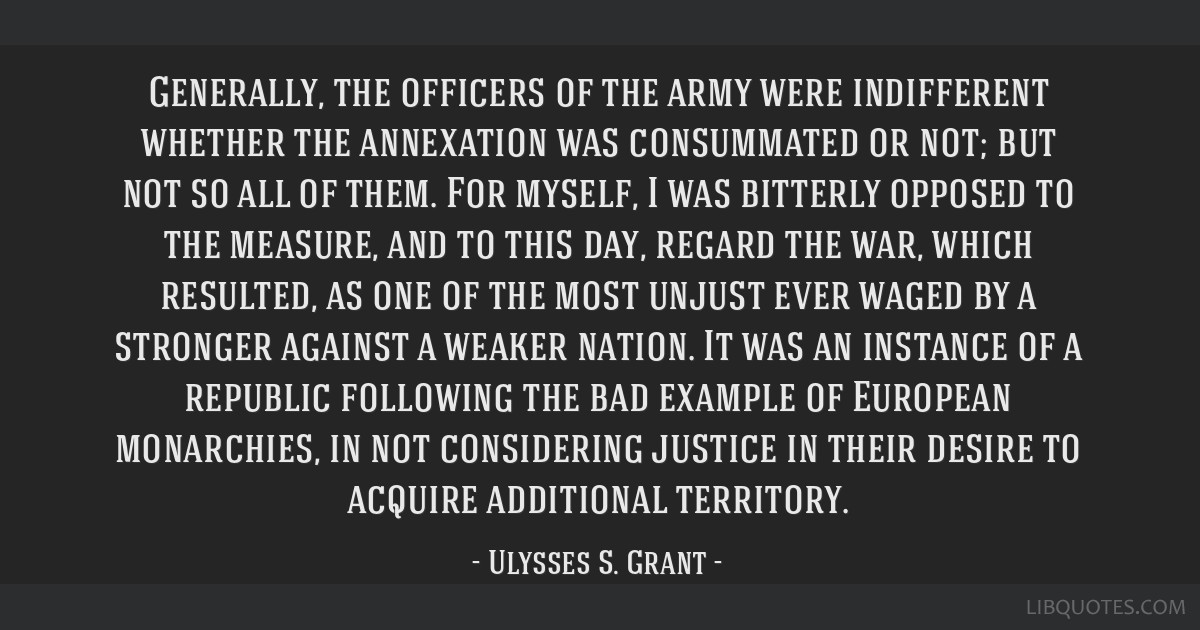 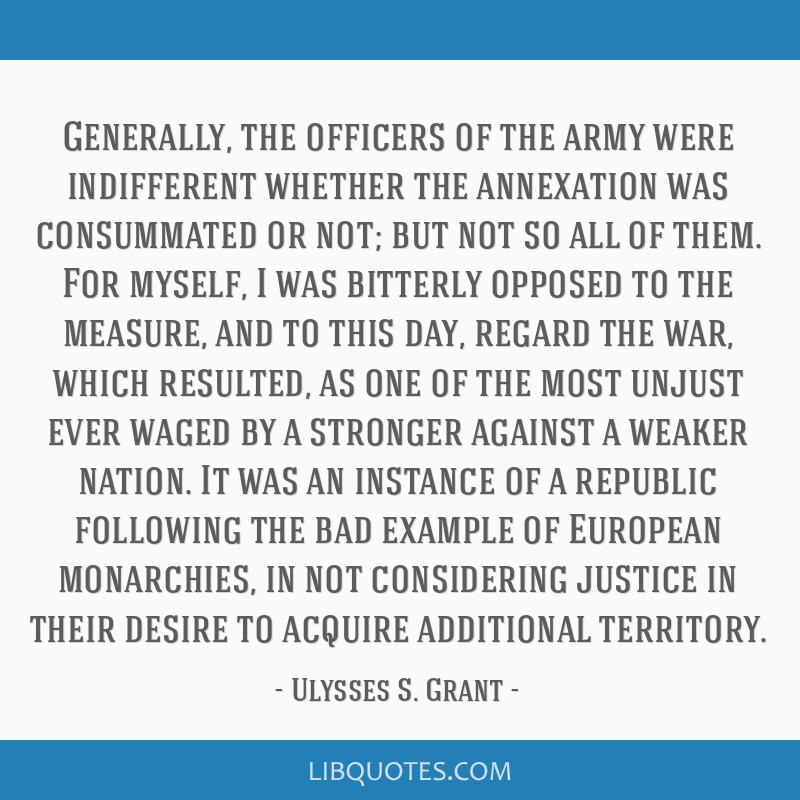 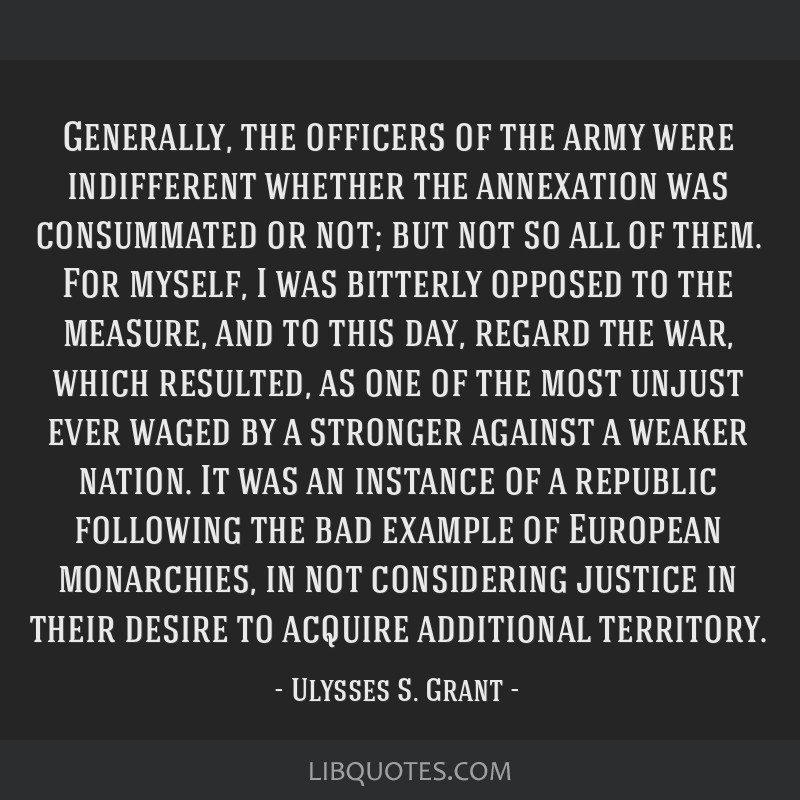