Our conversation grew so pleasant that I almost forgot the object of our meeting. After the conversation had run on in this style for some time, General Lee called my attention to the object of our meeting, and said that he had asked for this interview for the purpose of getting from me the terms I proposed to give his army. I said that I meant merely that his army should lay down their arms, not to take them up again during the continuance of the war unless duly and properly exchanged. He said that he had so understood my letter. 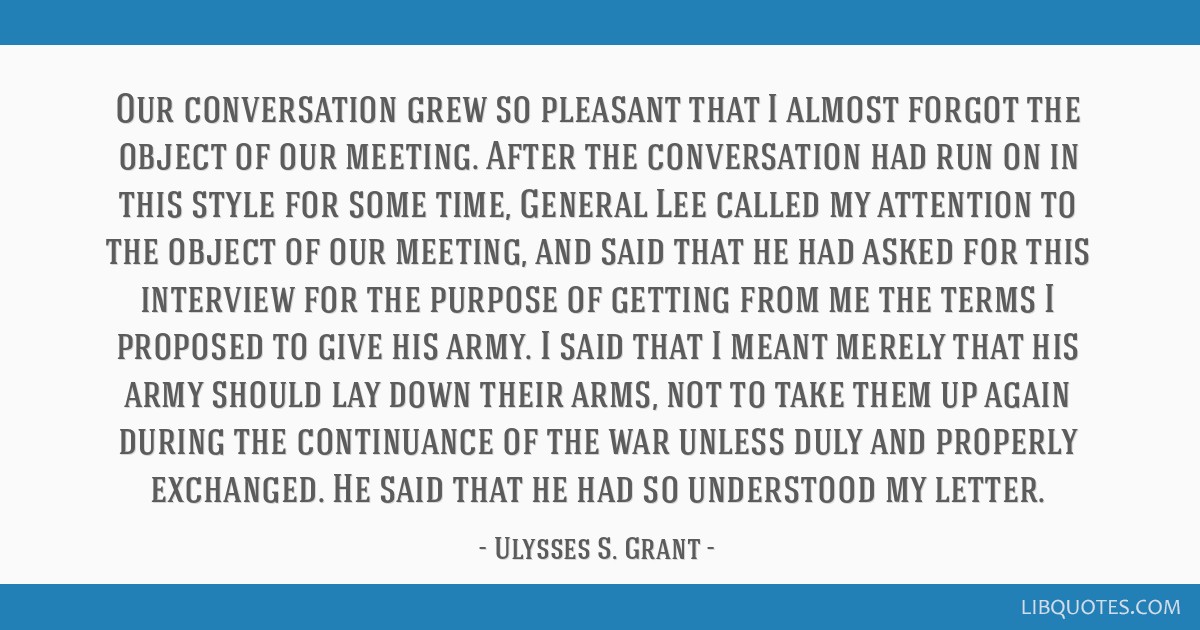 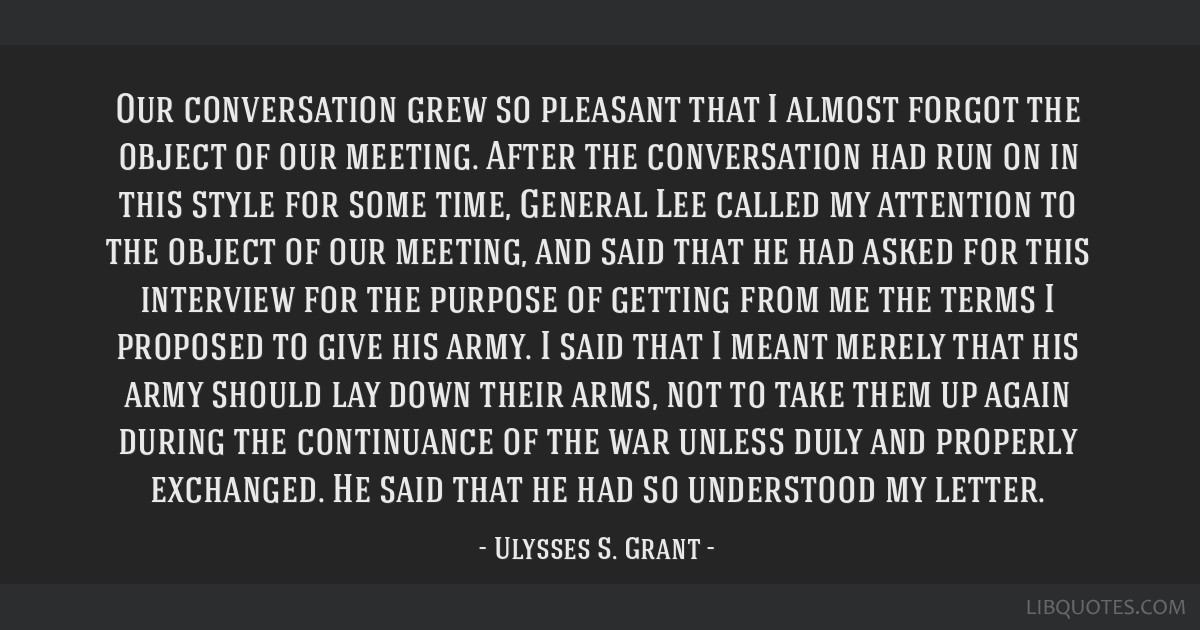 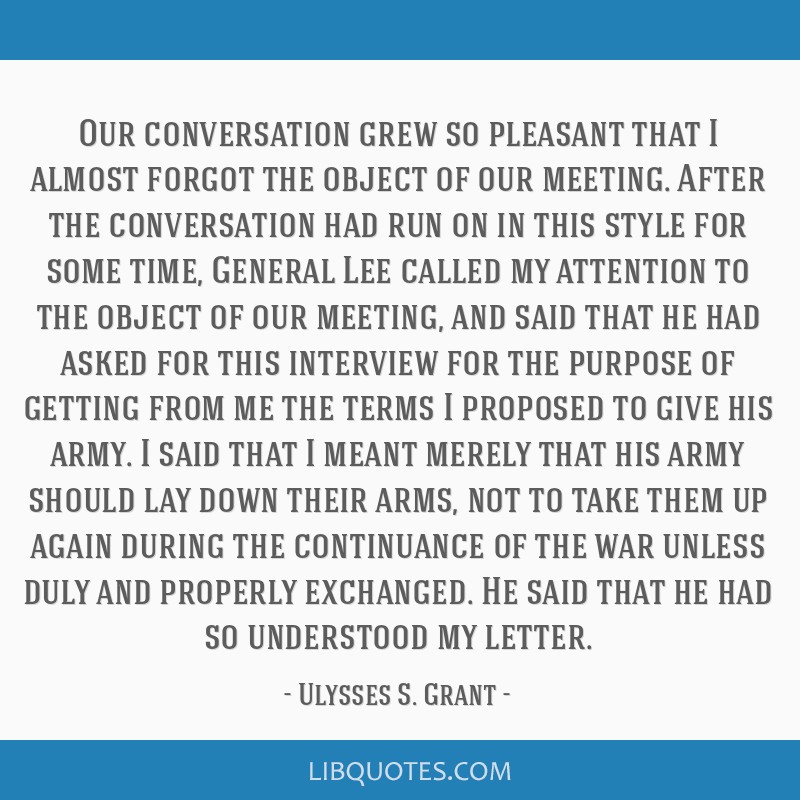 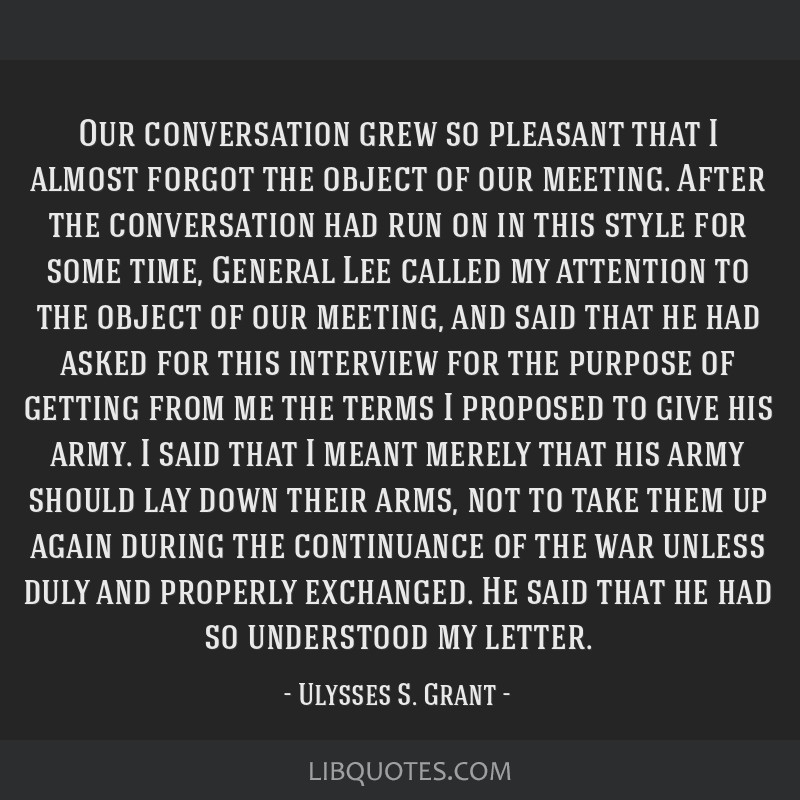