In some places colored laborers were compelled to vote according to the wishes of their employers, under threats of discharge if they acted otherwise; and there are too many instances in which, when these threats were disregarded, they were remorselessly executed by those who made them. I understand that the fifteenth amendment to the Constitution was made to prevent this and a like state of things, and the act of May 31, 1870, with amendments, was passed to enforce its provisions, the object of both being to guarantee to all citizens the right to vote and to protect them in the free enjoyment of that right. 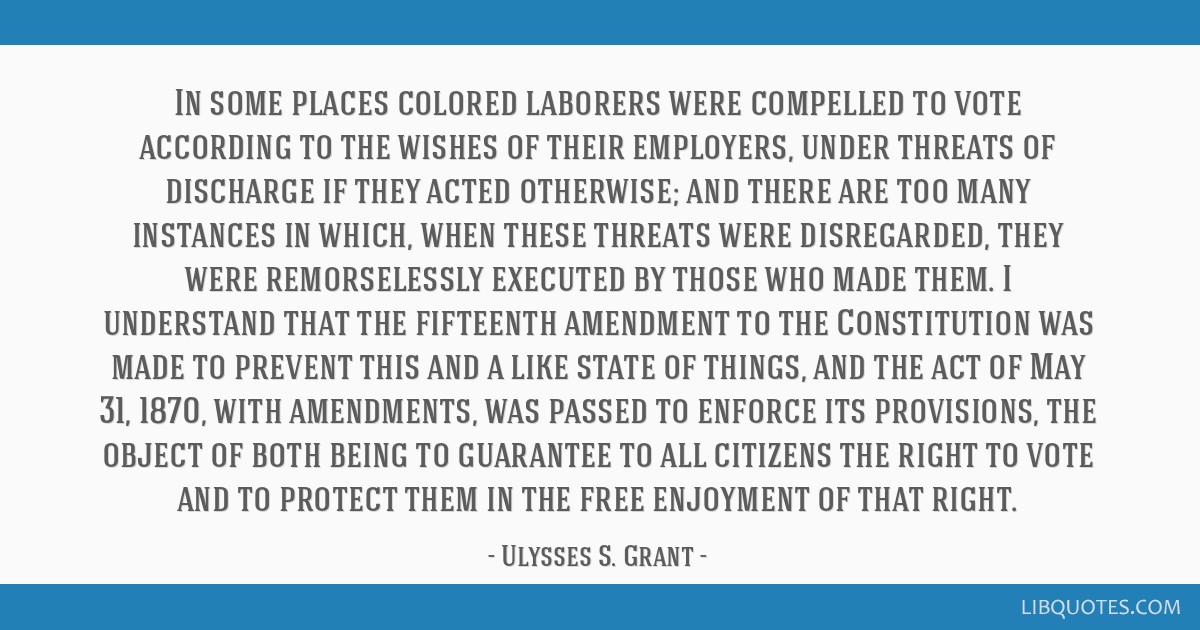 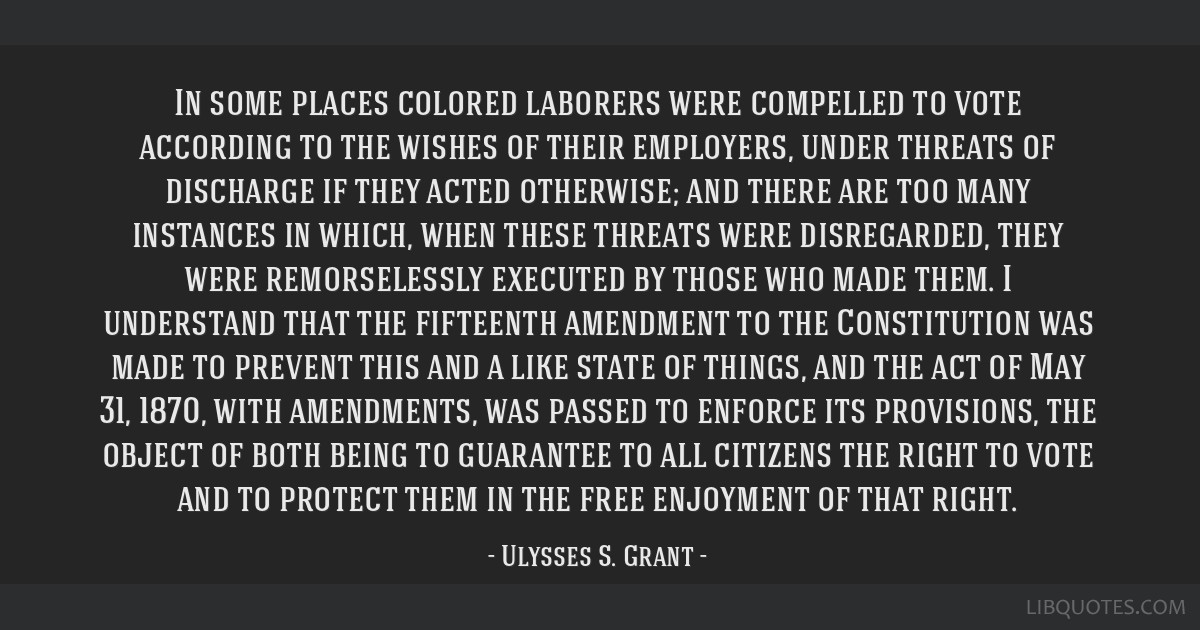 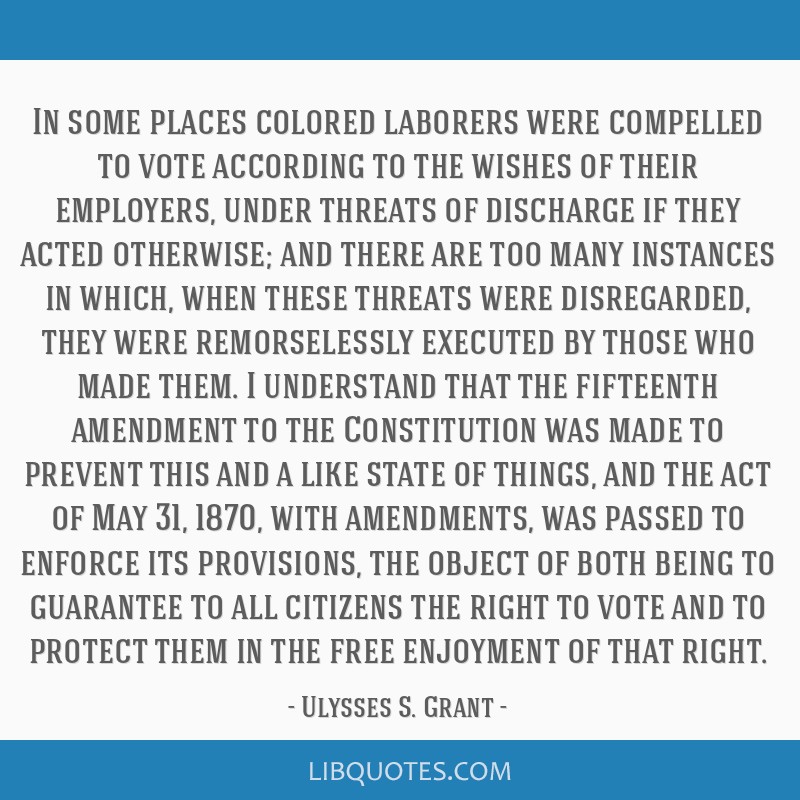 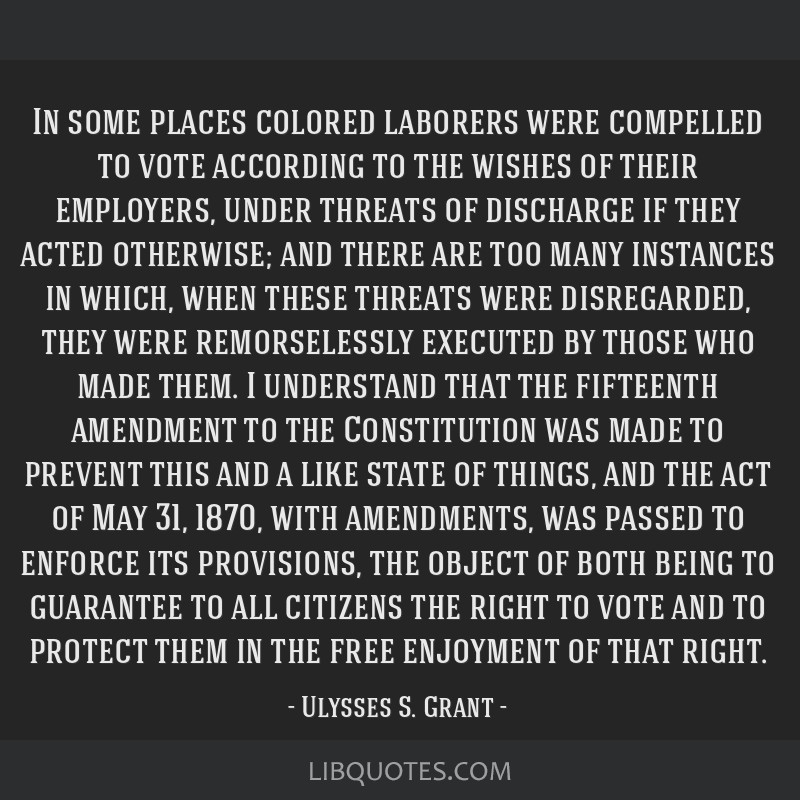