There would be no import duties upon the supplies, machinery, etc., going from the States. The effect that would have been produced upon Cuban commerce, with these advantages to a rival, is observable at a glance. The Cuban question would have been settled long ago in favor of "free Cuba." Hundreds of American vessels would now be advantageously used in transporting the valuable woods and other products of the soil of the island to a market and in carrying supplies and emigrants to it. The island is but sparsely settled, while it has an area sufficient for the profitable employment of several millions of people.

Eighth State of the Union Address (1876) 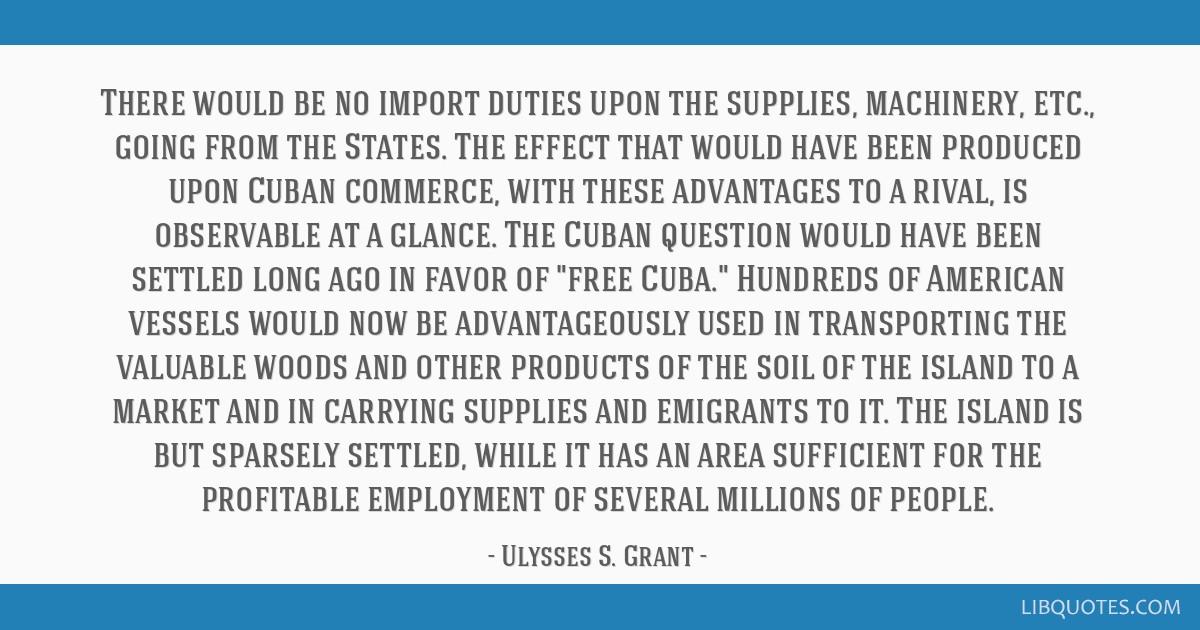 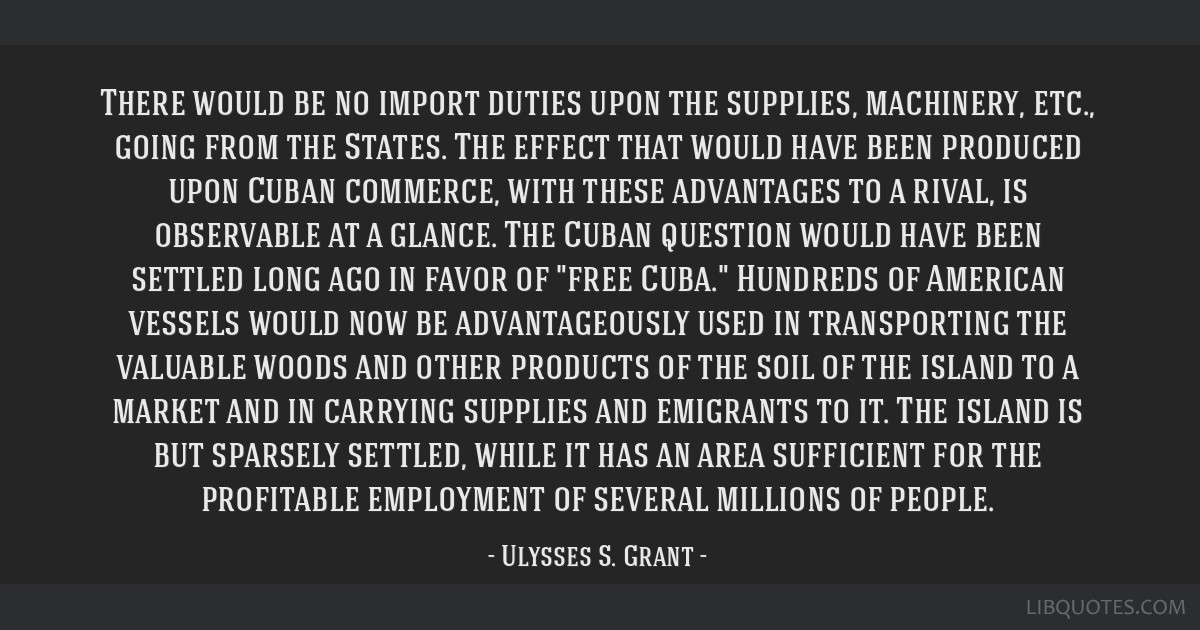 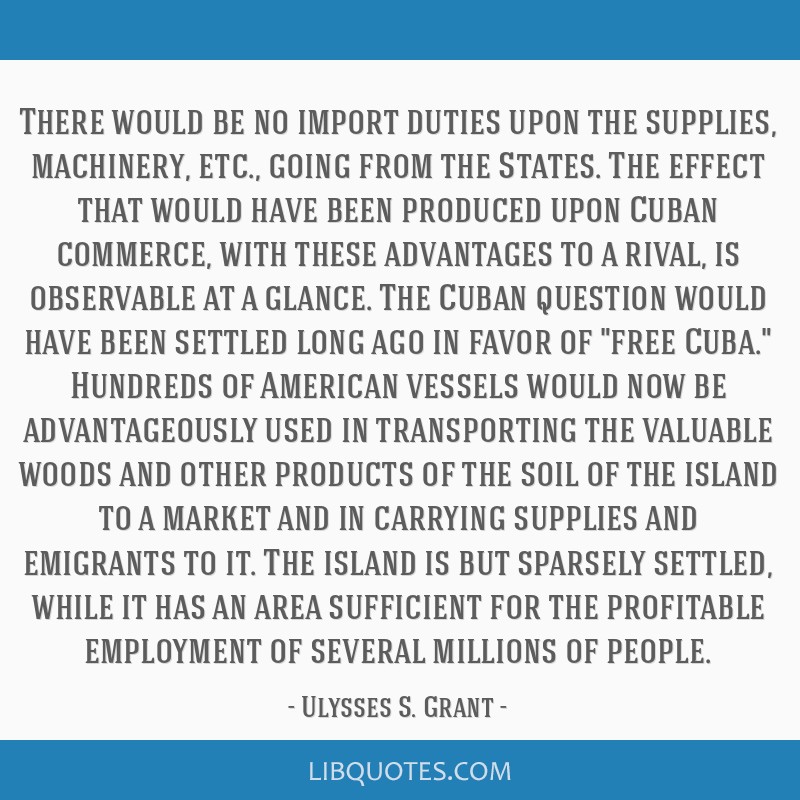 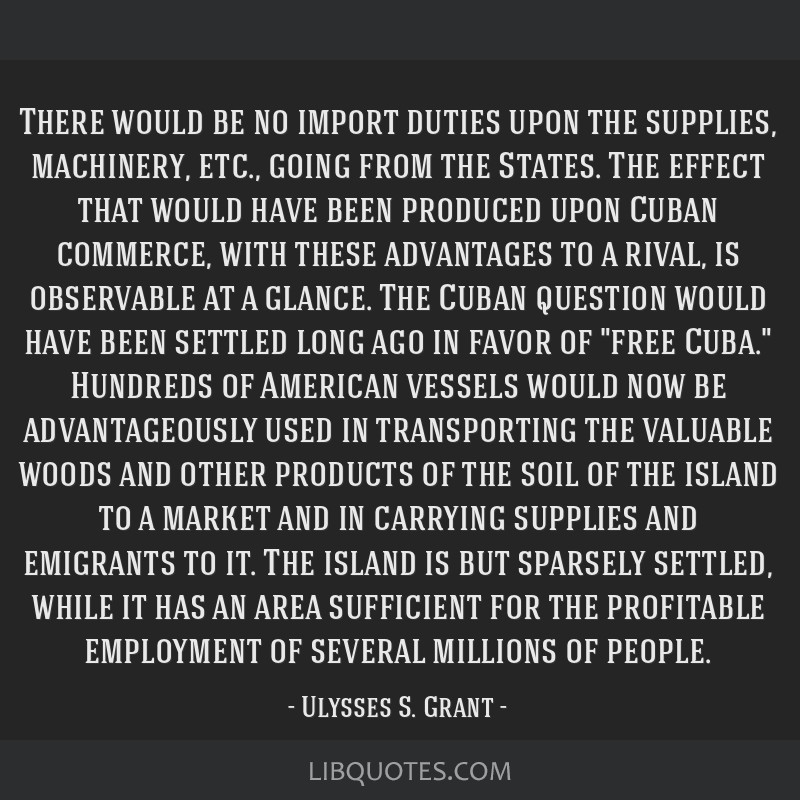