The citizens of Mississippi within the limits above described, are called upon to pursue their peaceful avocations, in obedience to the laws of the United States. Whilst doing so in good faith, all the United States forces are prohibited from molesting them in any way. It is earnestly recommended that the freedom of Negroes be acknowledged, and that, instead of compulsory labor, contracts on fair terms be entered into between the former masters and servants, or between the latter and other persons who may be willing to give them employment. Such a system as this, honestly followed, will result in substantial advantages to all parties. 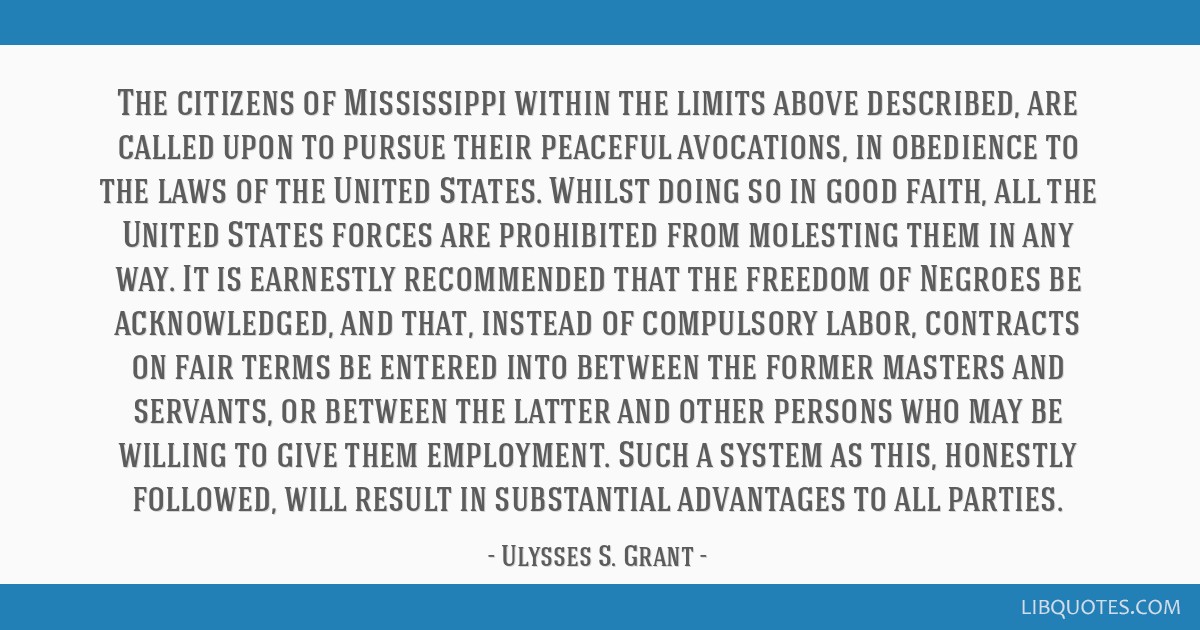 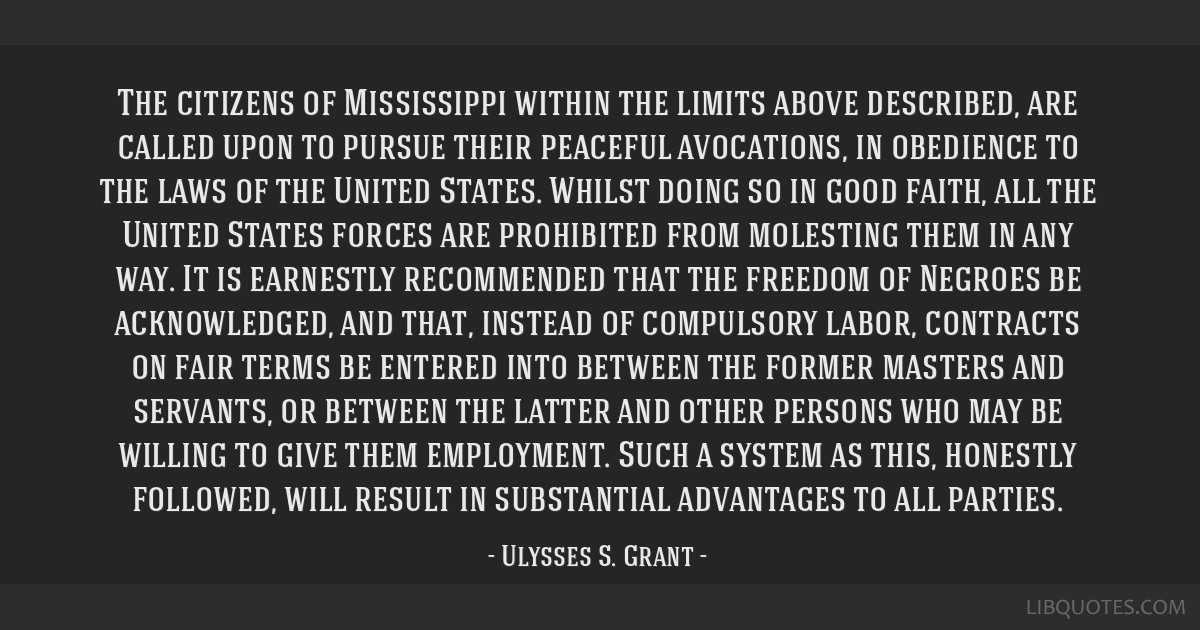 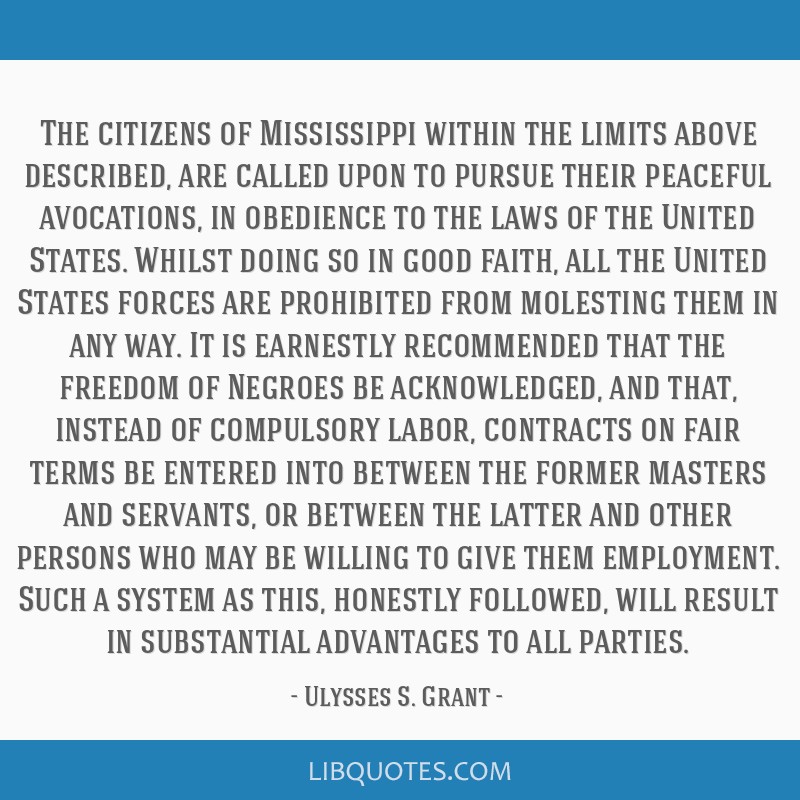 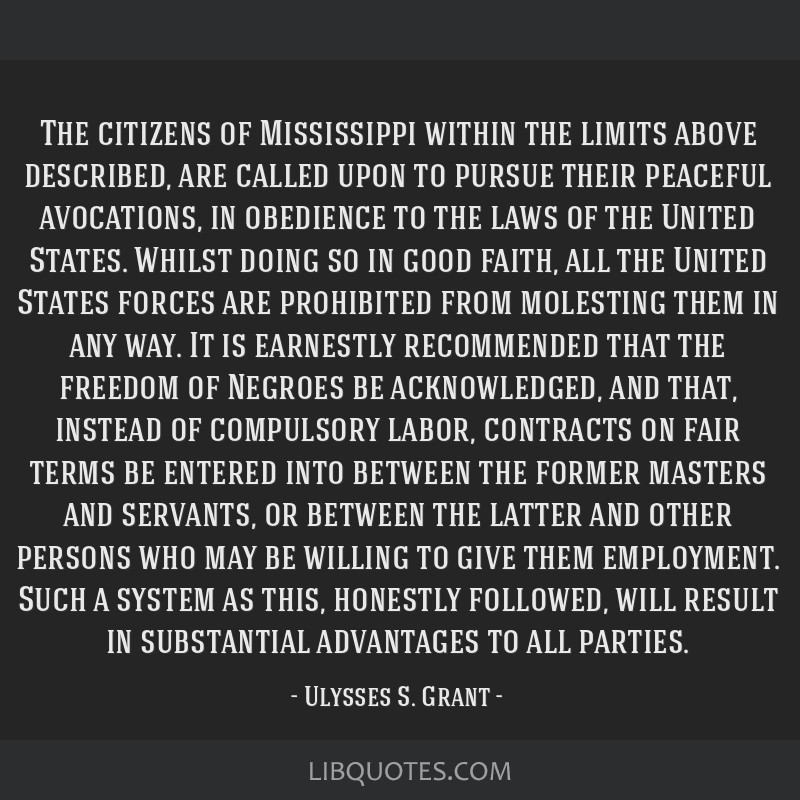