The Republican candidate was elected, and solid substantial people of the North-west, and I presume the same order of people throughout the entire North, felt very serious, but determined, after this event. It was very much discussed whether the South would carry out its threat to secede and set up a separate government, the corner-stone of which should be, protection to the 'Divine' institution of slavery. For there were people who believed in the 'divinity' of human slavery, as there are now people who believe Mormonism and Polygamy to be ordained by the Most High. We forgive them for entertaining such notions, but forbid their practice. 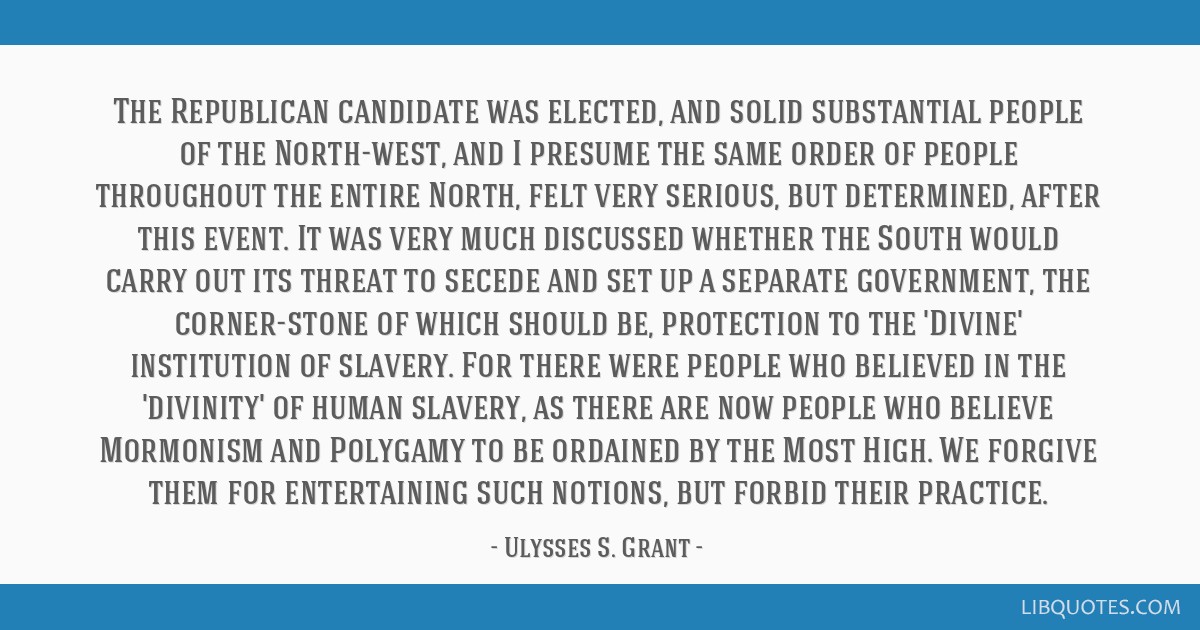 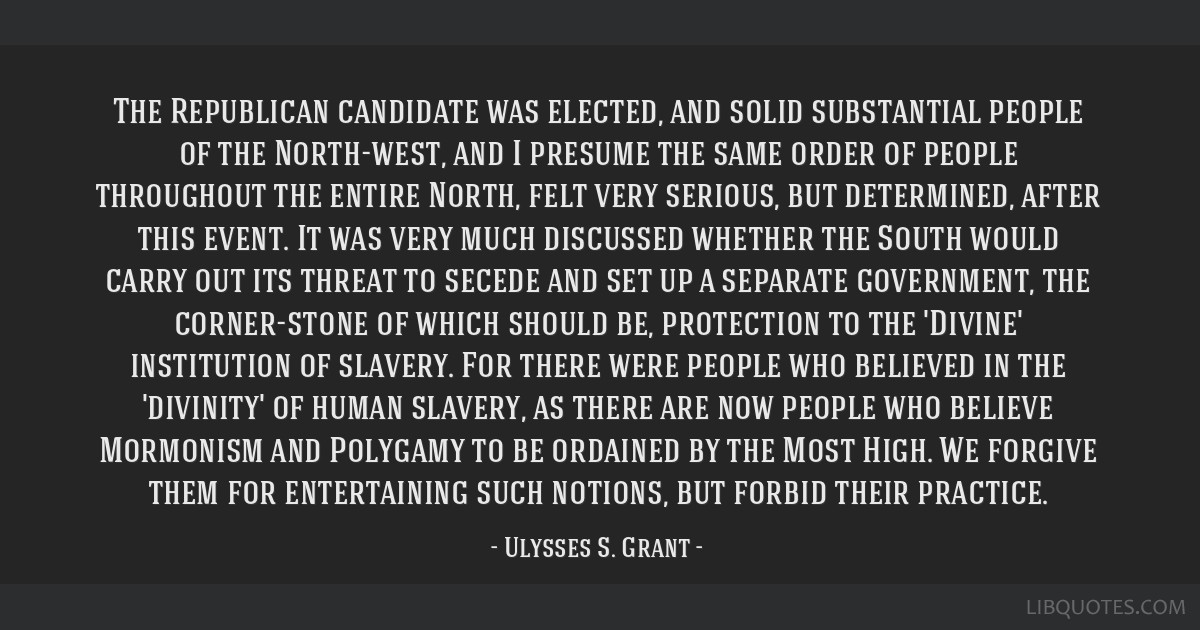 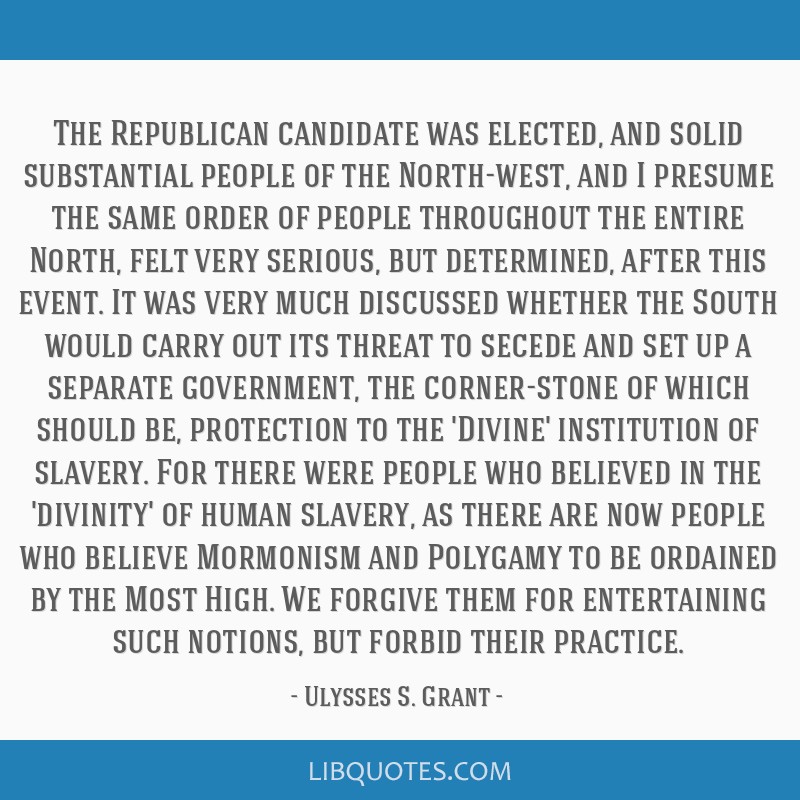 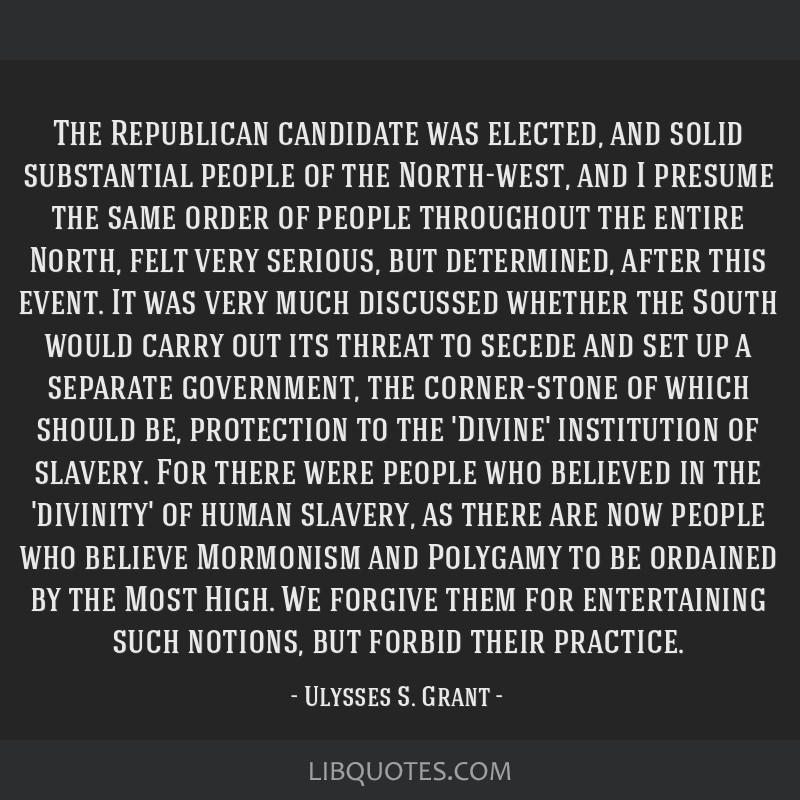