I regret to say that with preparations for the late election decided indications appeared in some localities in the Southern States of a determination, by acts of violence and intimidation, to deprive citizens of the freedom of the ballot because of their political opinions. Bands of men, masked and armed, made their appearance; White Leagues and other societies were formed; large quantities of arms and ammunition were imported and distributed to these organizations; military drills, with menacing demonstrations, were held, and with all these murders enough were committed to spread terror among those whose political action was to be suppressed, if possible, by these intolerant and criminal proceedings. 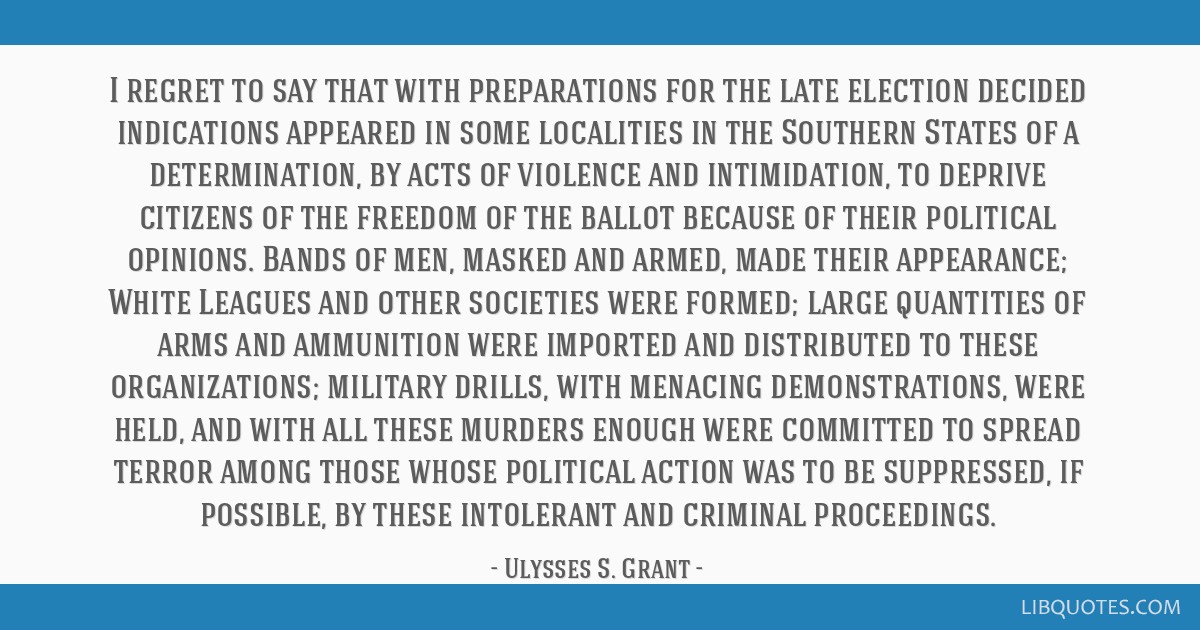 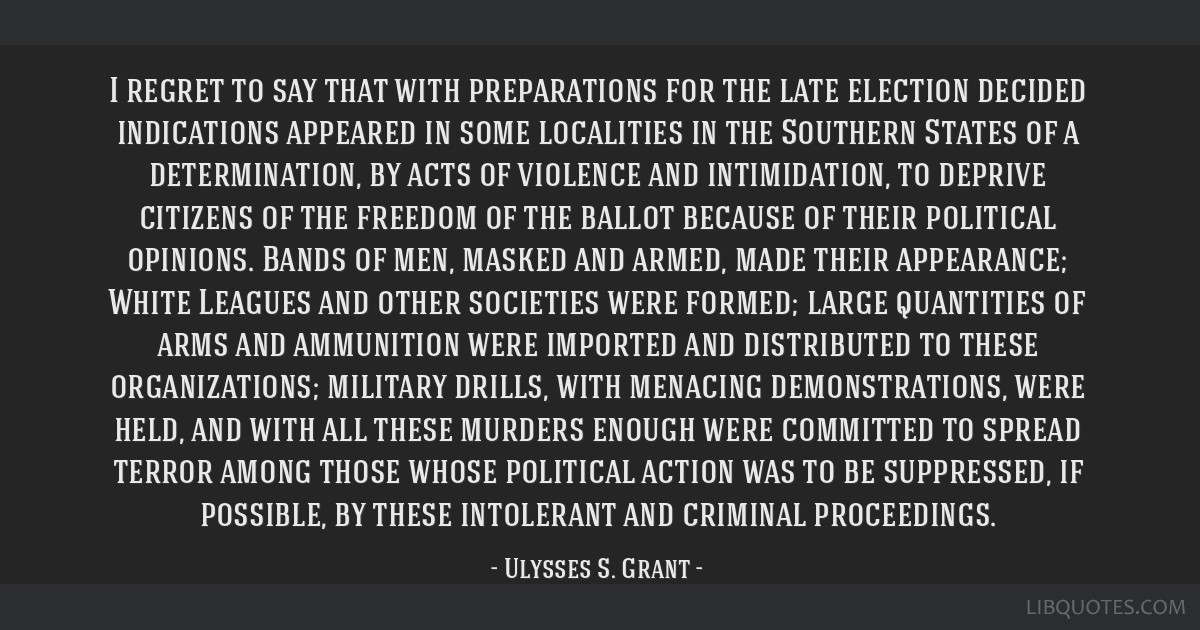 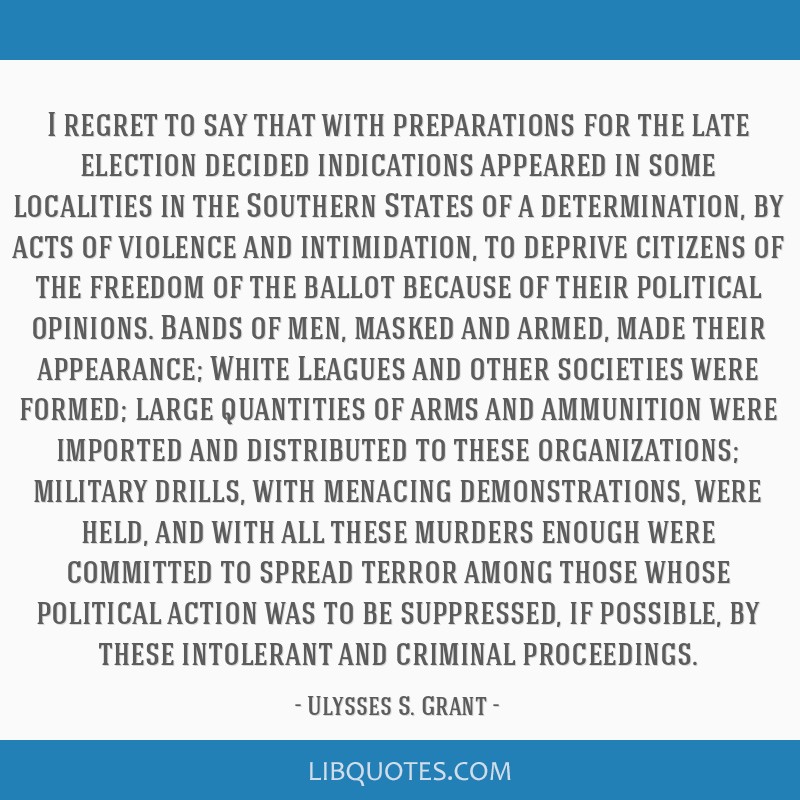 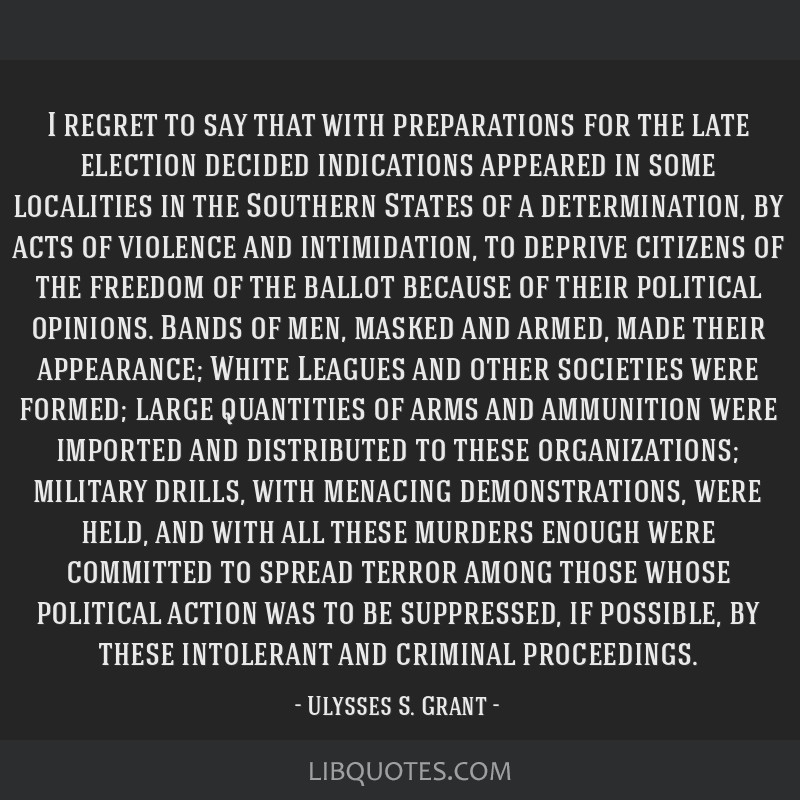