If by religion, we are understand sectarian dogmas, in which no two of them agree, then your exclamation on that hypothesis is just, "that this would be the best of all possible worlds, if there were no religion in it." But if the moral precepts, innate in man, and made a part of his physical constitution, as necessary for a social being, if the sublime doctrines of philanthropism and deism taught us by Jesus of Nazareth, in which all agree, constitute true religion, then, without it, this would be, as you again say, "something not fit to be named, even indeed, a hell." 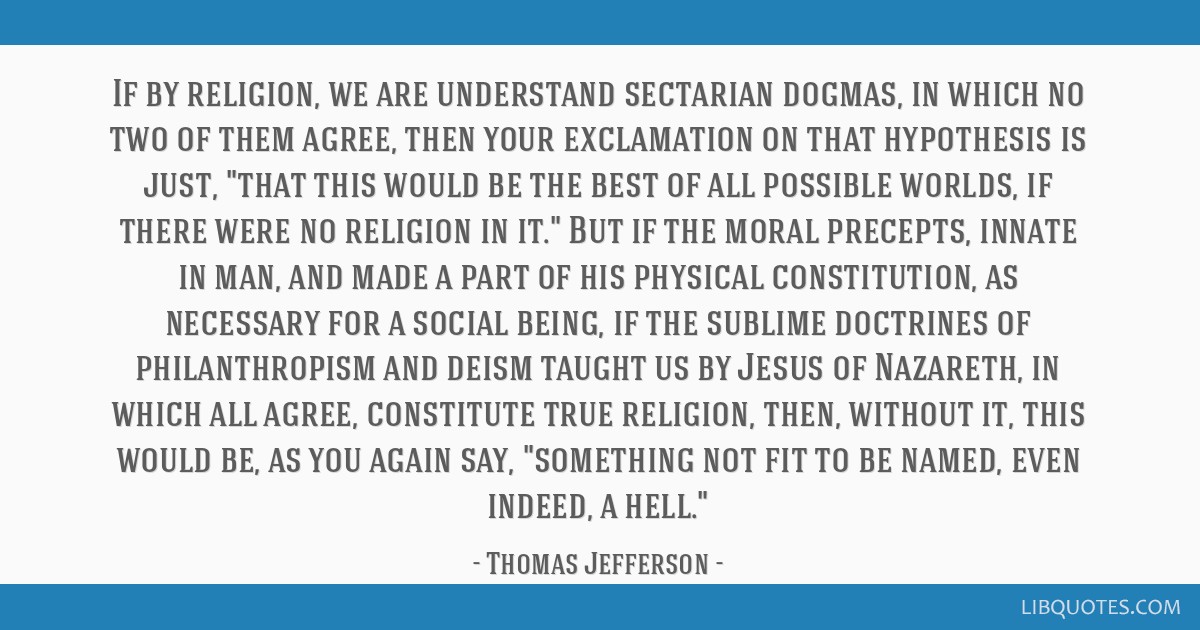 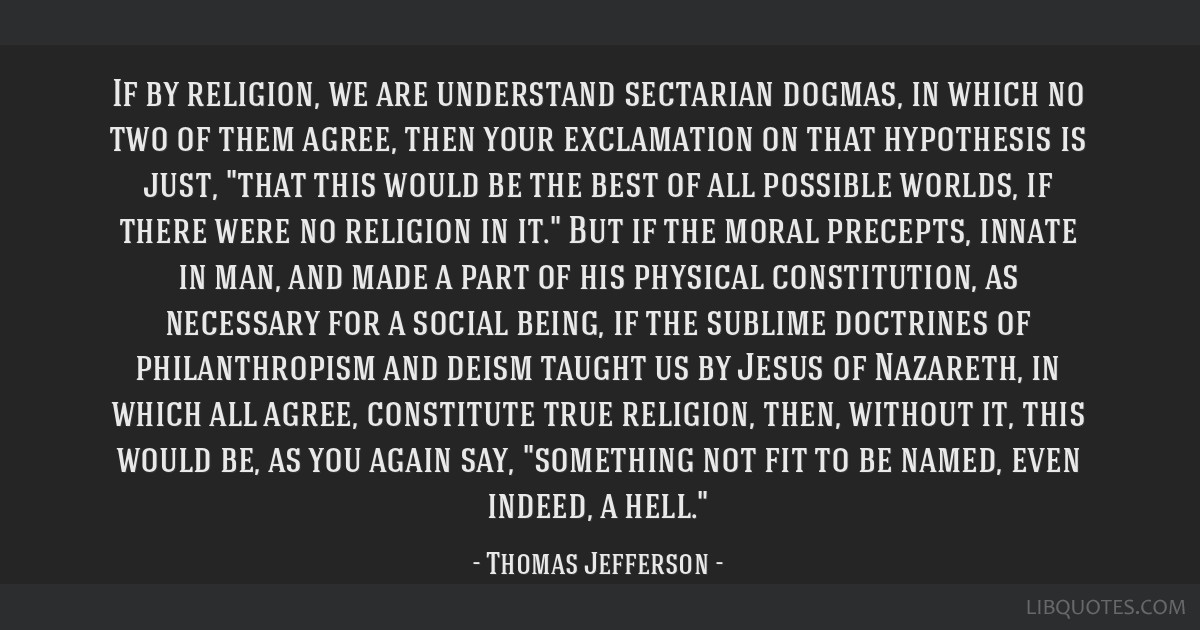 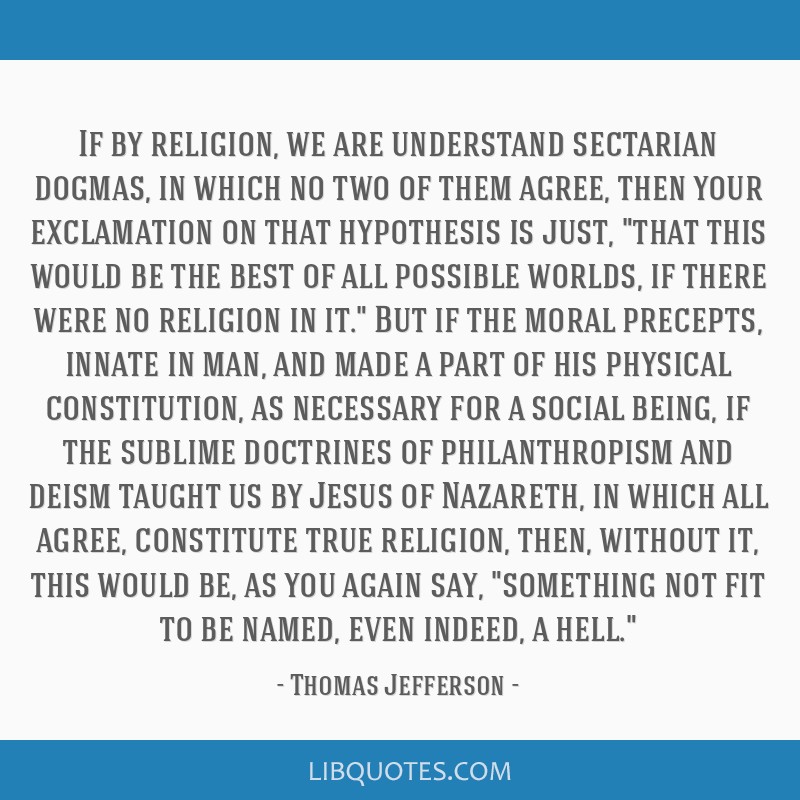 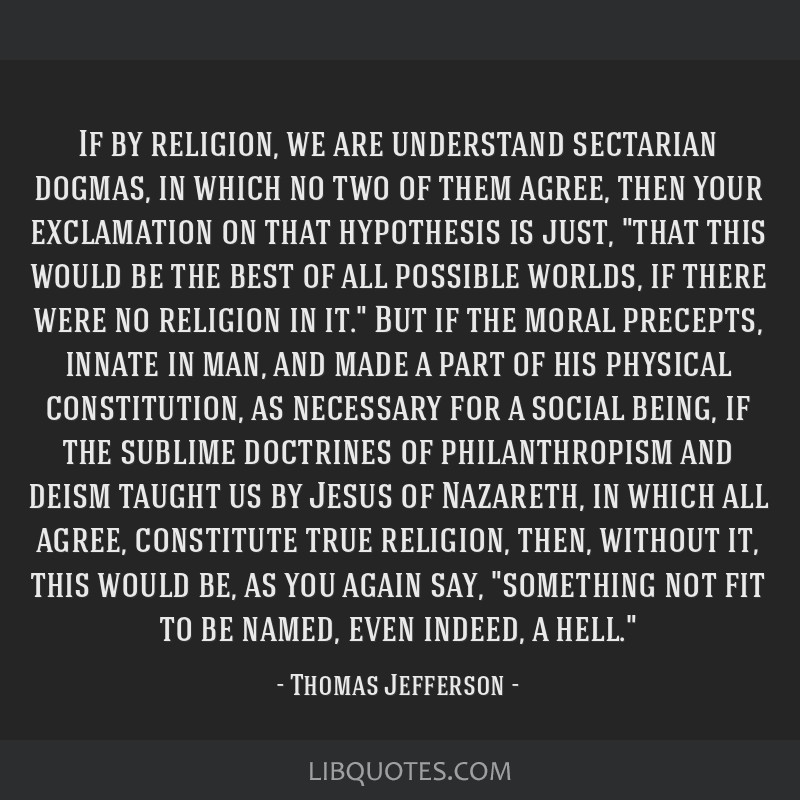