My religious reading has long been confined to the moral branch of religion, which is the same in all religions; while in that branch which consists of dogmas, all differ. 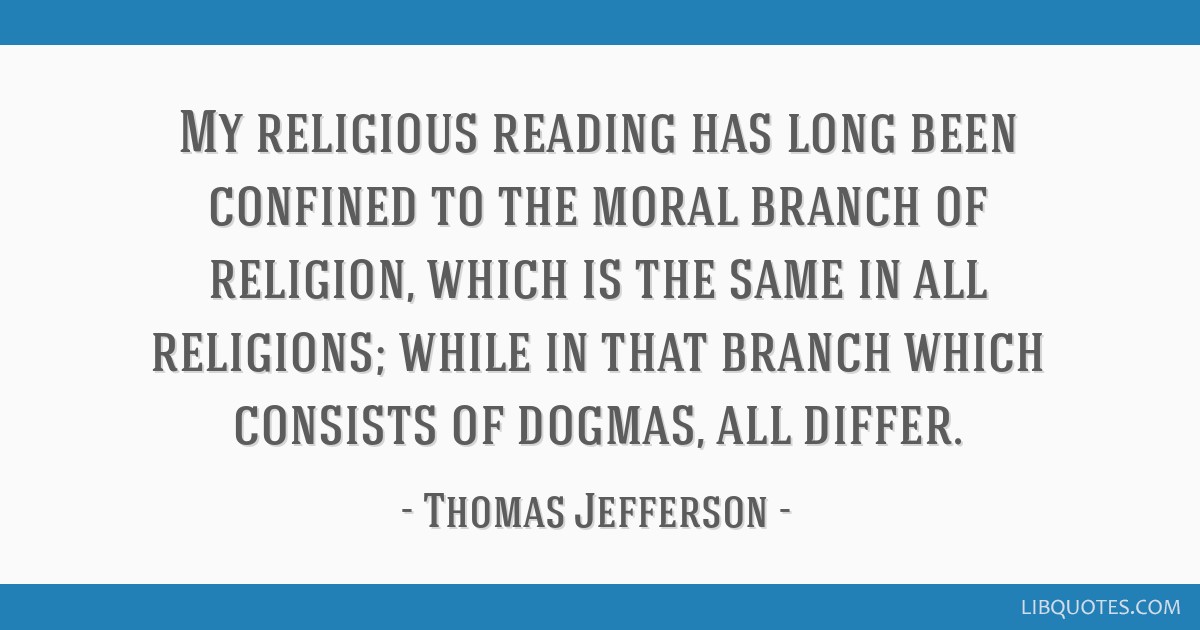 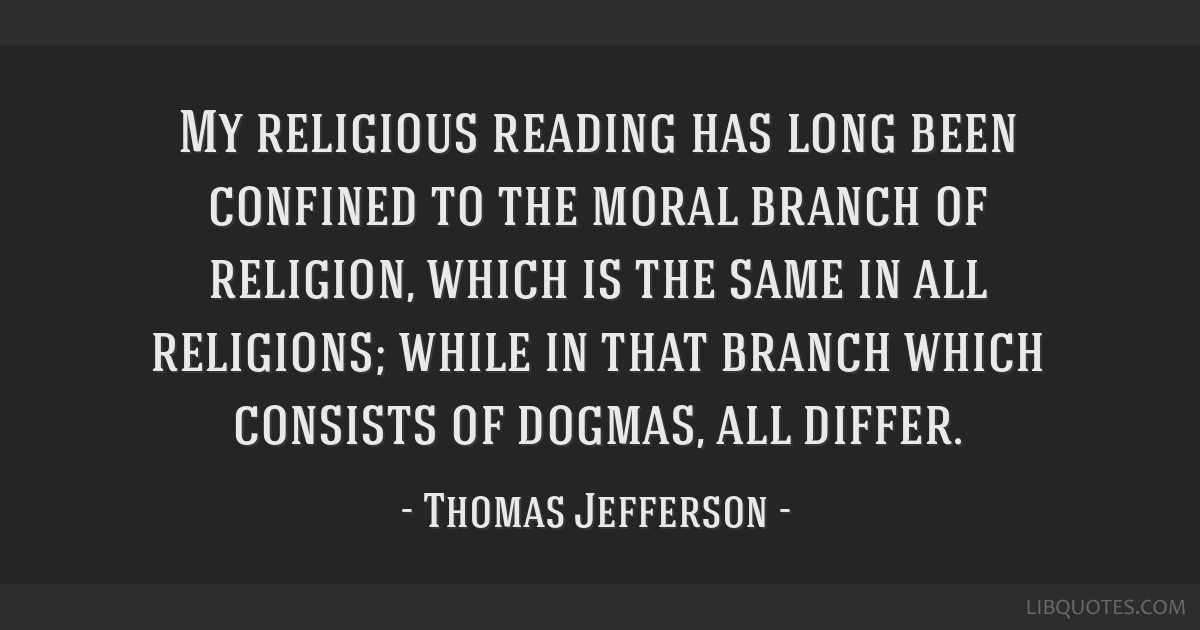 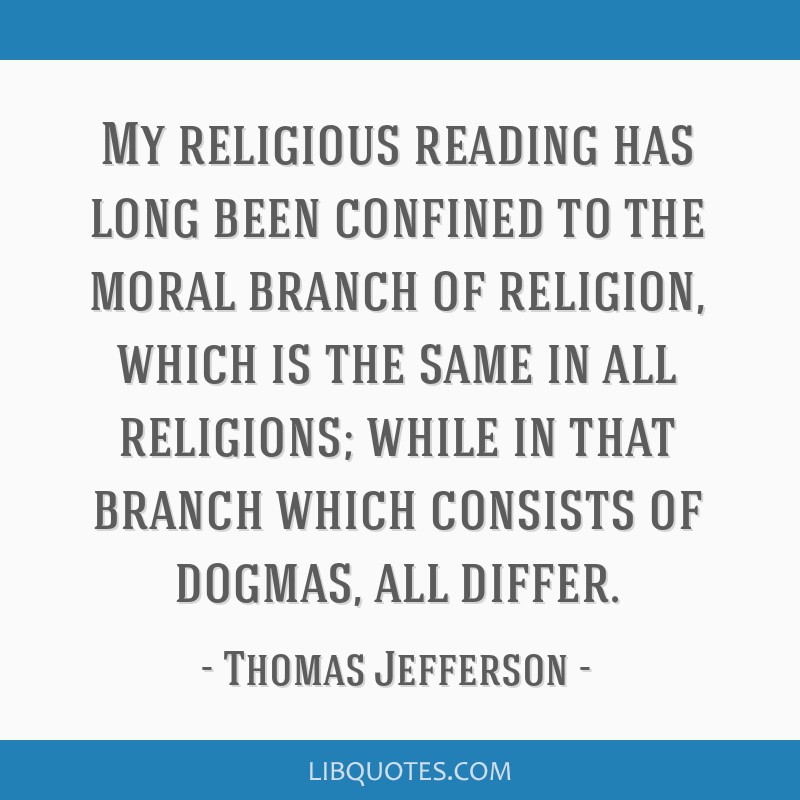 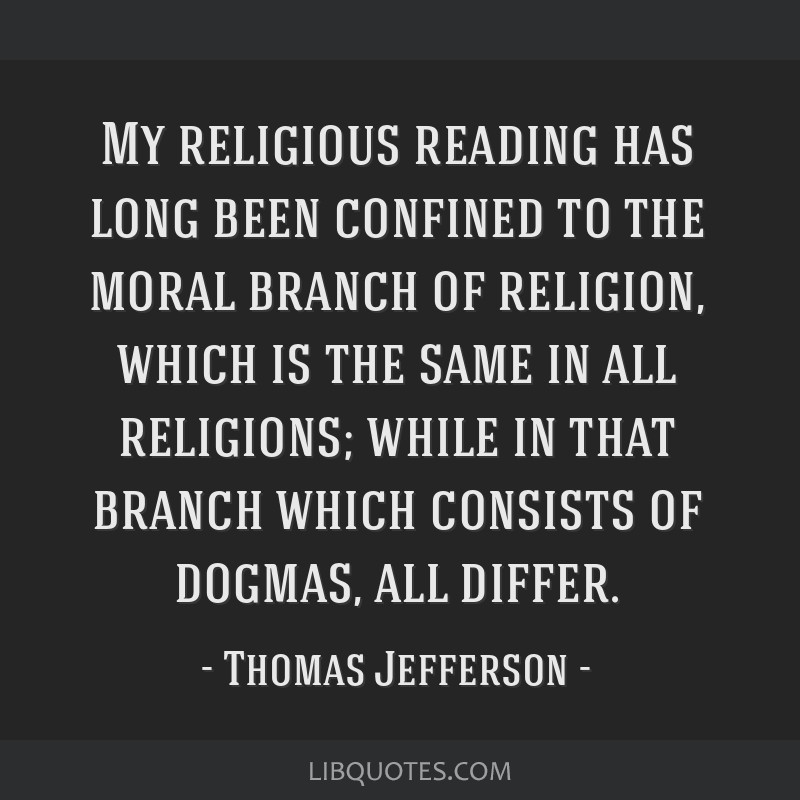