Most codes extend their definitions of treason to acts not really against one's country. They do not distinguish between acts against the government, and acts against the oppressions of the government. The latter are virtues, yet have furnished more victims to the executioner than the former. Real treasons are rare; oppressions frequent. The unsuccessful strugglers against tyranny have been the chief martyrs of treason laws in all countries. 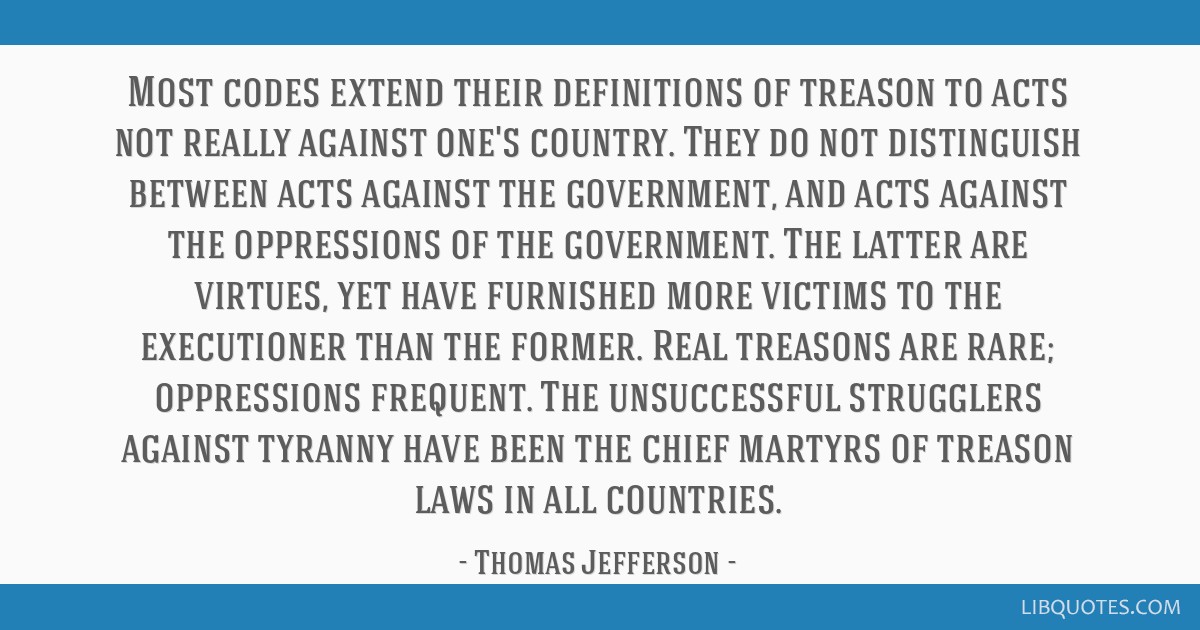 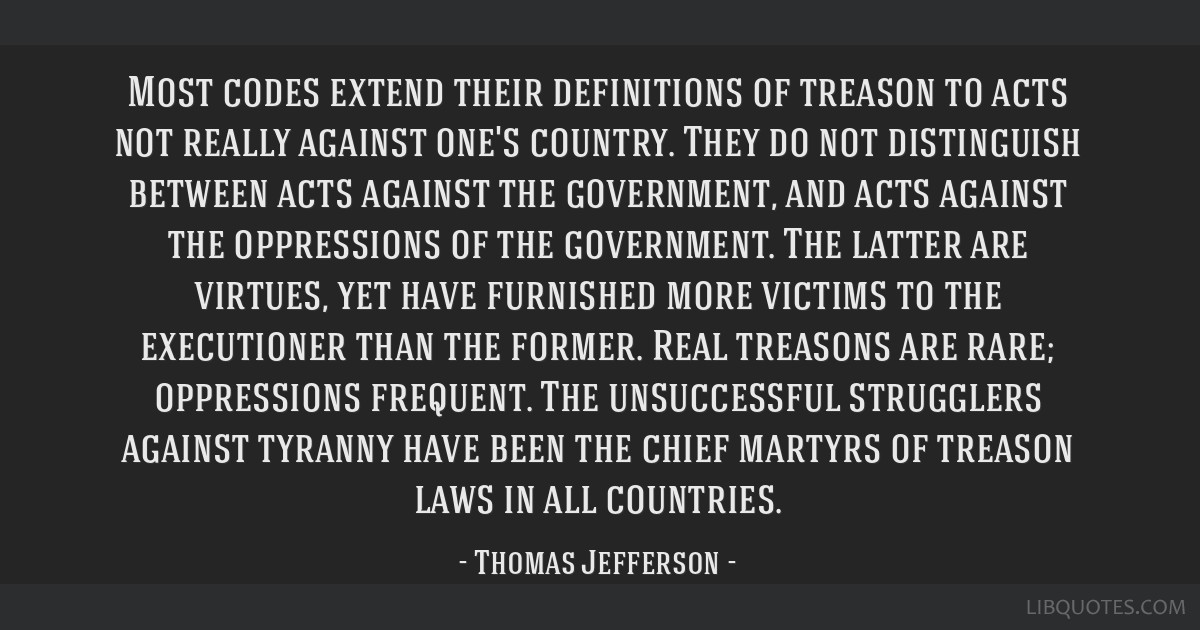 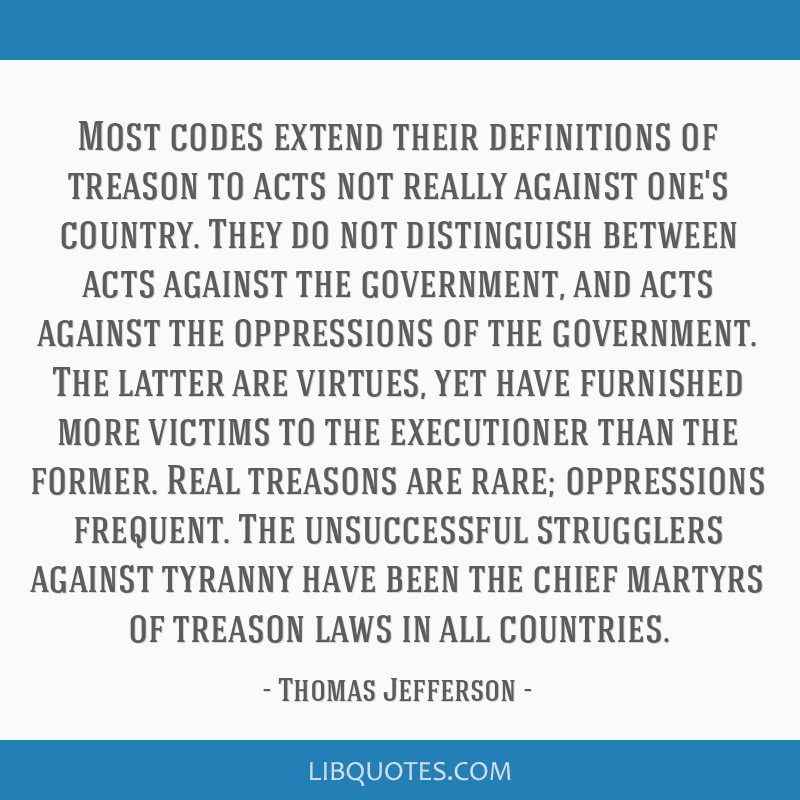 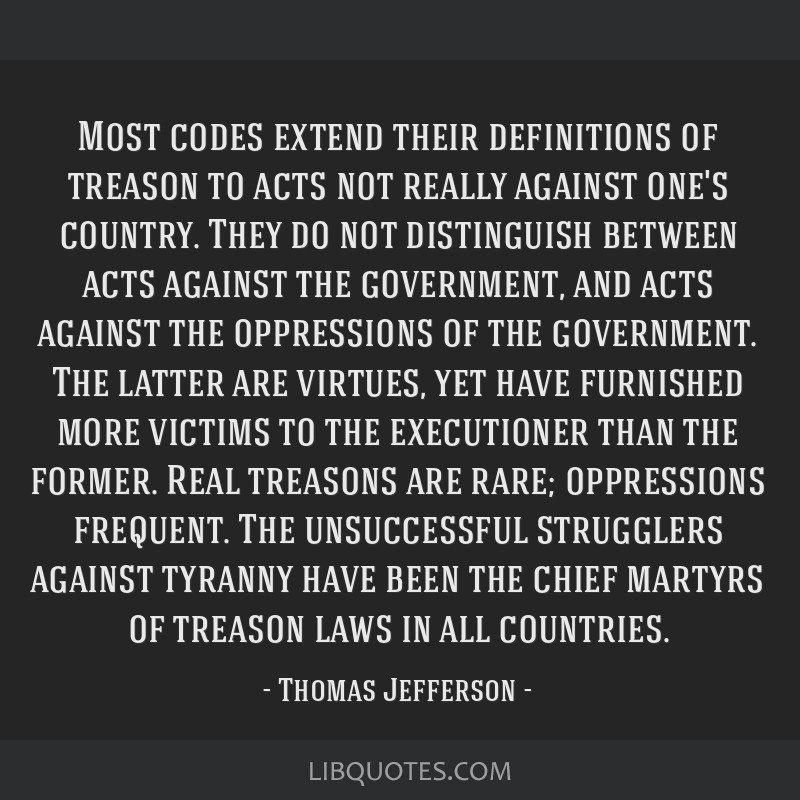