The failure in public and in private life thus to treat each man on his own merits, the recognition of this government as being either for the poor as such or for the rich as such, would prove fatal to our Republic, as such failure and such recognition have always proved fatal in the past to other republics. A healthy republican government must rest upon individuals, not upon classes or sections. As soon as it becomes government by a class or by a section, it departs from the old American ideal. 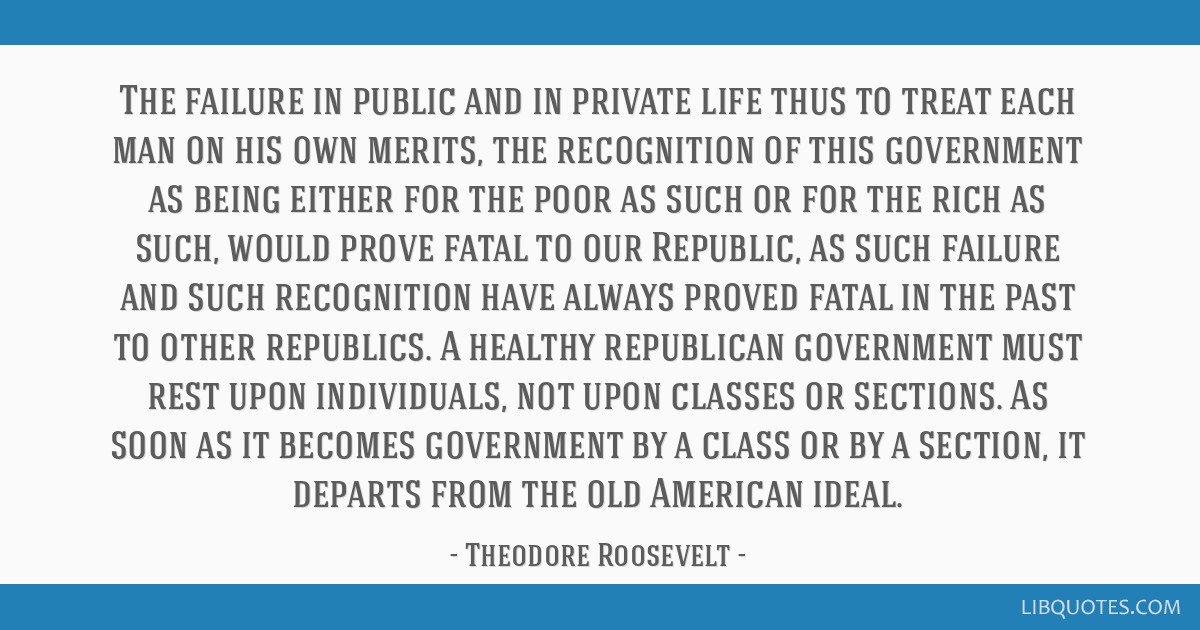 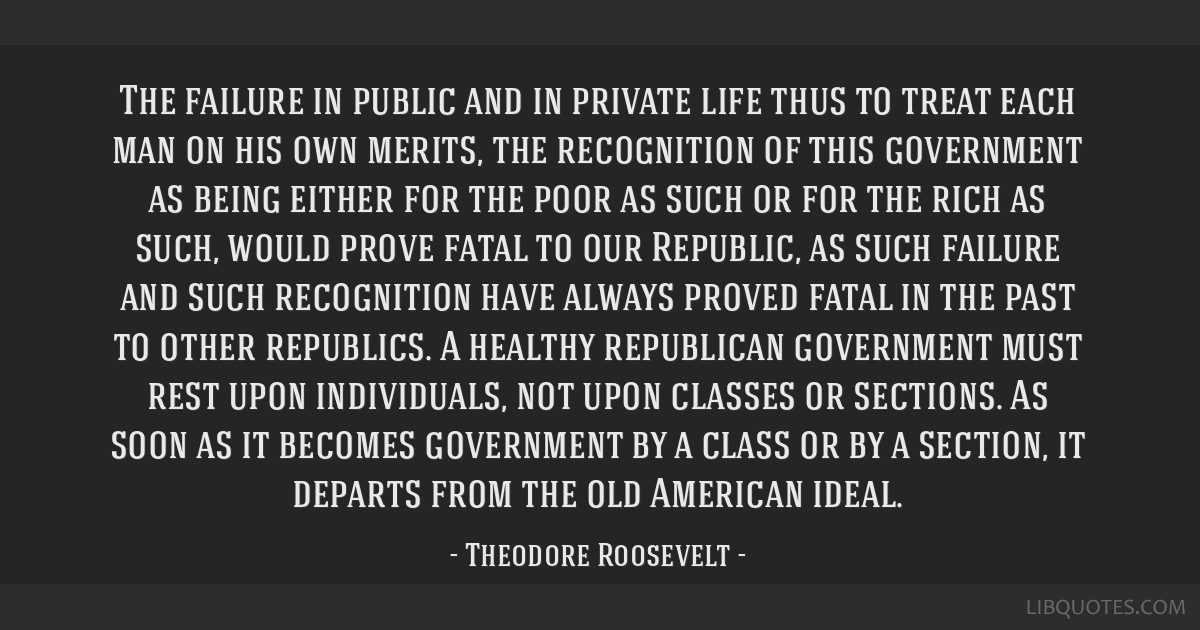 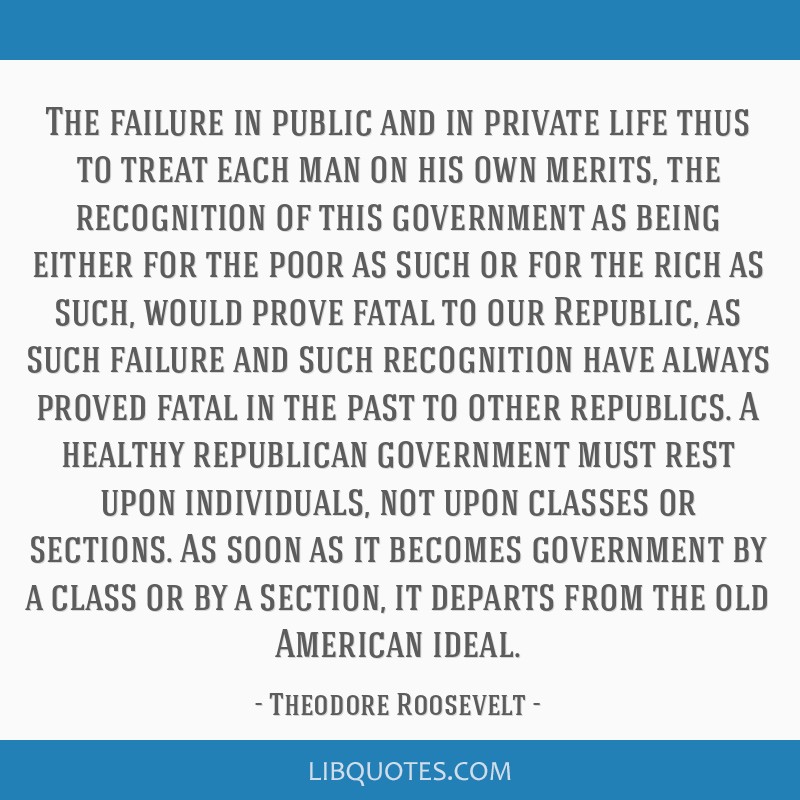 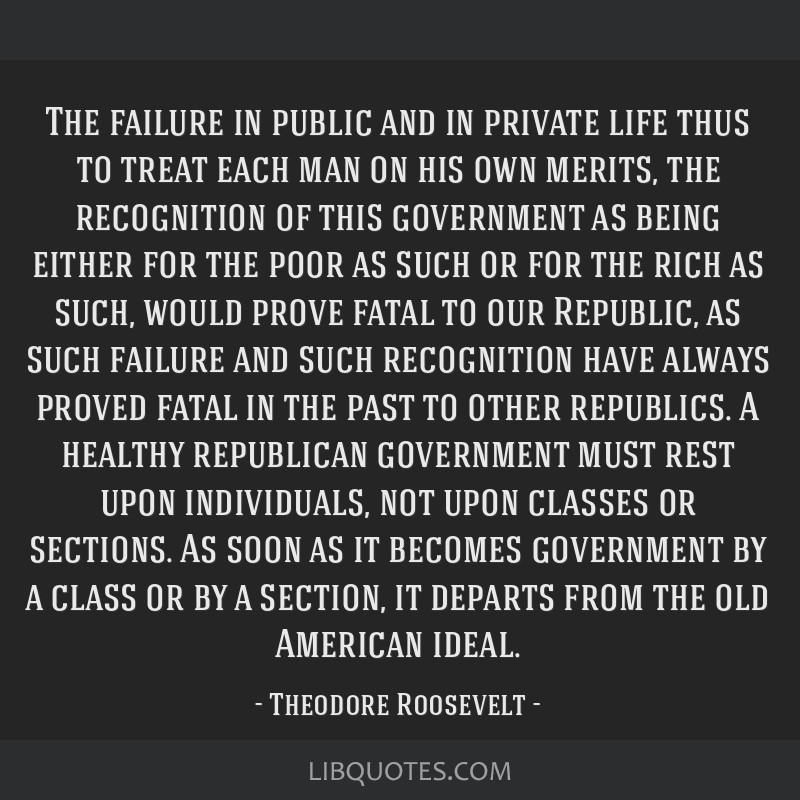