The right to regulate the use of wealth in the public interest is universally admitted. Let us admit also the right to regulate the terms and conditions of labor, which is the chief element of wealth, directly in the interest of the common good. The fundamental thing to do for every man is to give him a chance to reach a place in which he will make the greatest possible contribution to the public welfare. Understand what I say there. Give him a chance, not push him up if he will not be pushed. Help any man who stumbles; if he lies down, it is a poor job to try to carry him; but if he is a worthy man, try your best to see that he gets a chance to show the worth that is in him. 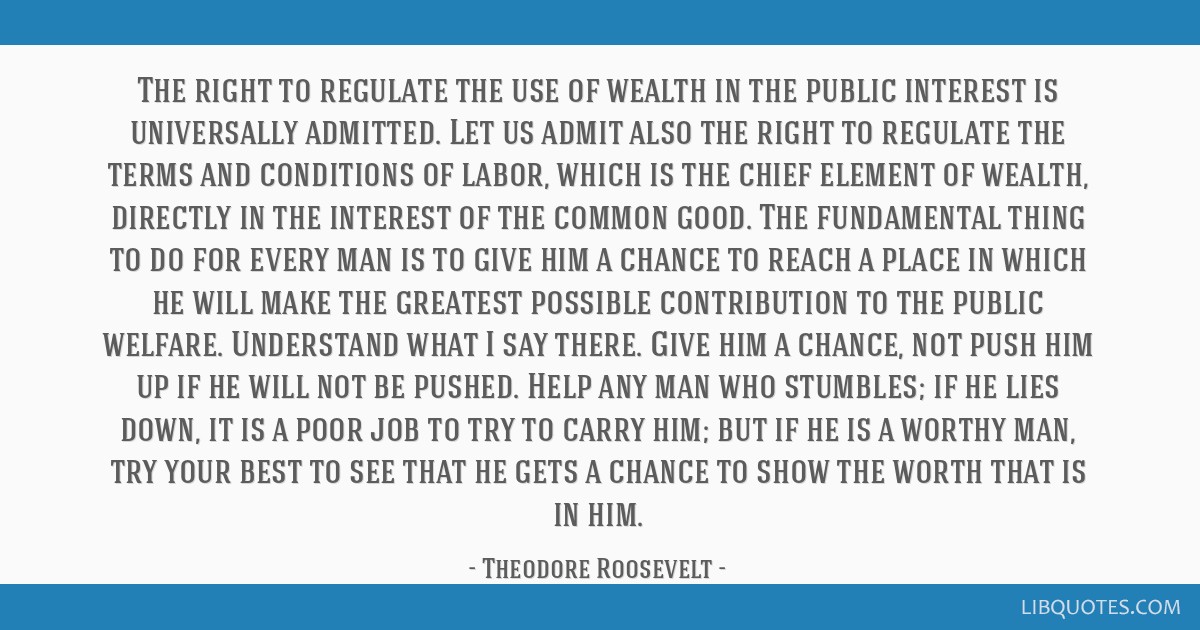 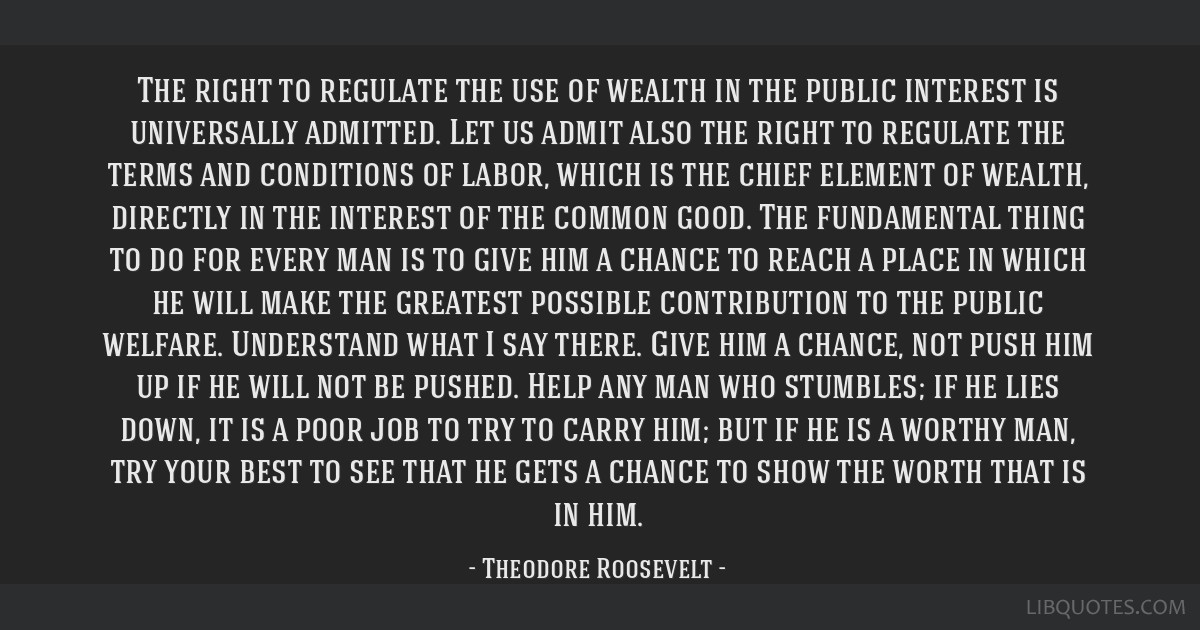 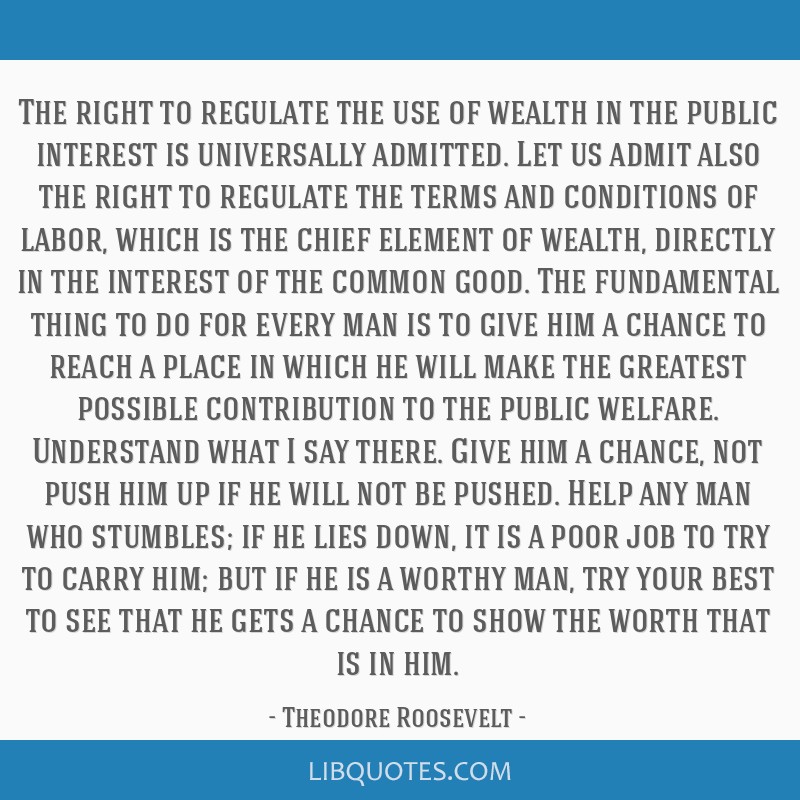 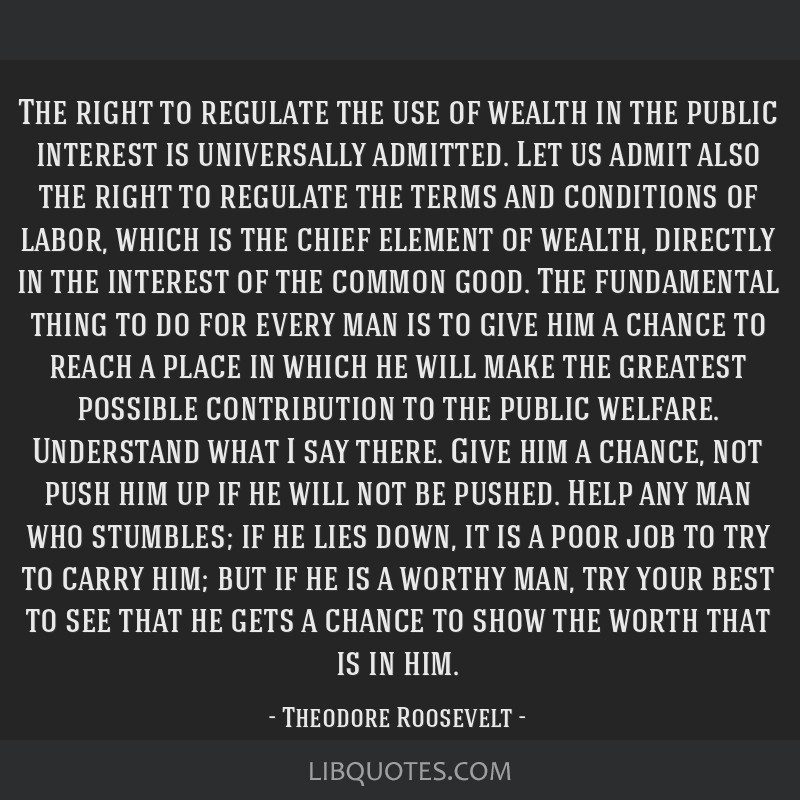