In the first place we should insist that if the immigrant who comes here in good faith becomes an American and assimilates himself to us, he shall be treated on an exact equality with everyone else, for it is an outrage to discriminate against any such man because of creed, or birthplace, or origin. But this is predicated upon the man's becoming in very fact an American, and nothing but an American.

Roosevelt's Writings: Selections from the Writings of Theodore Roosevelt (ed. 1920) 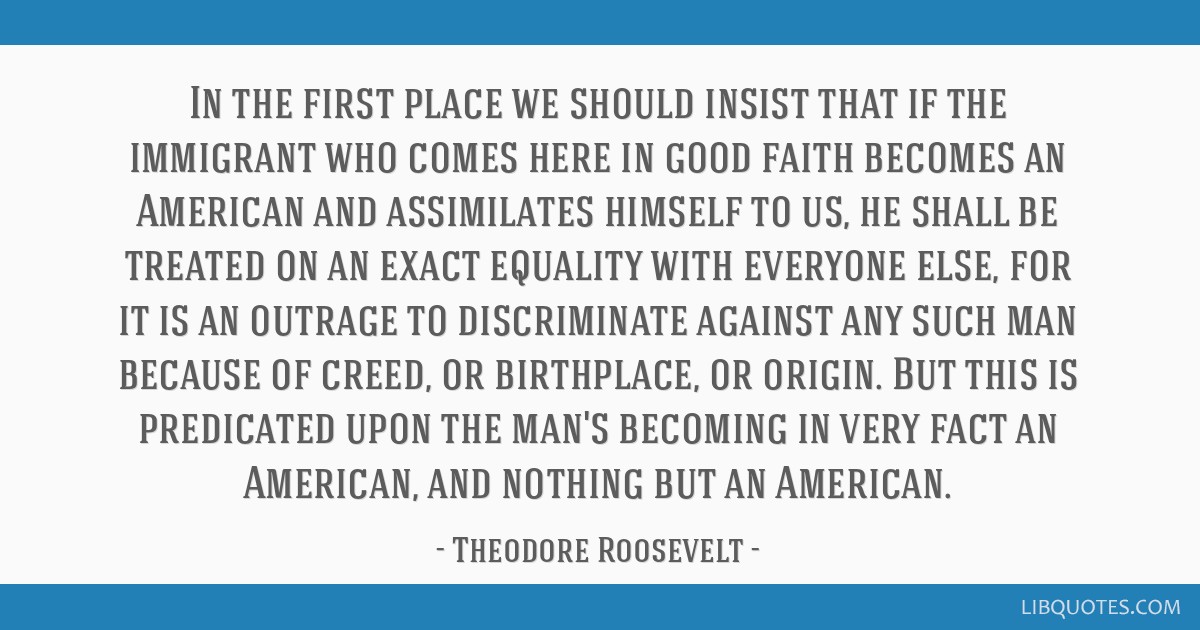 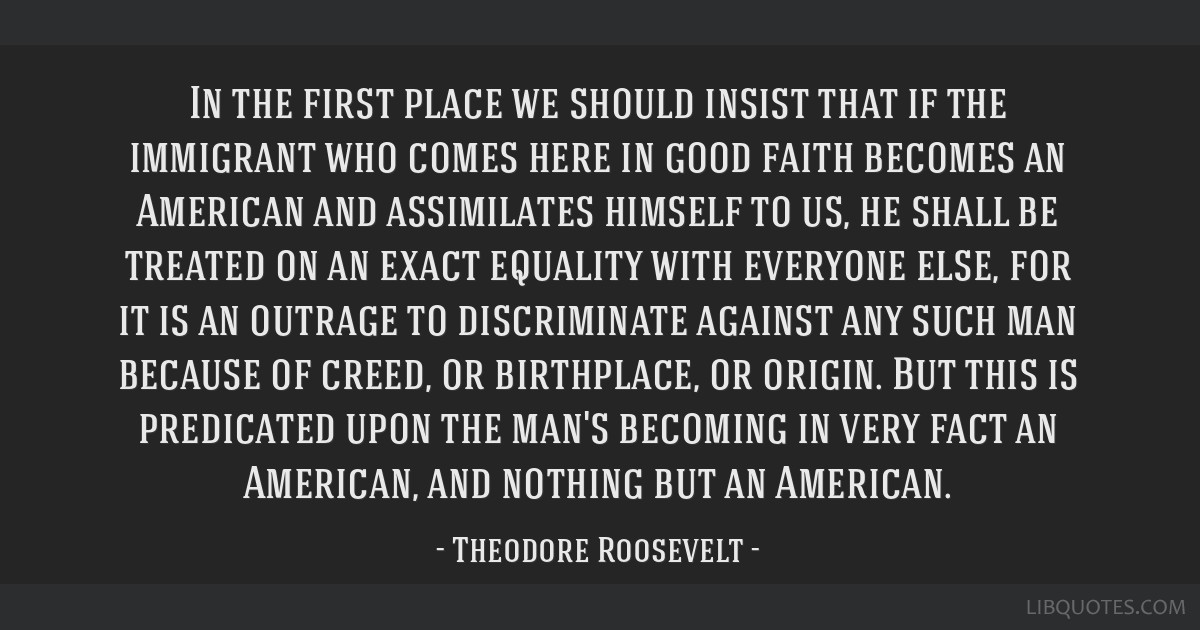 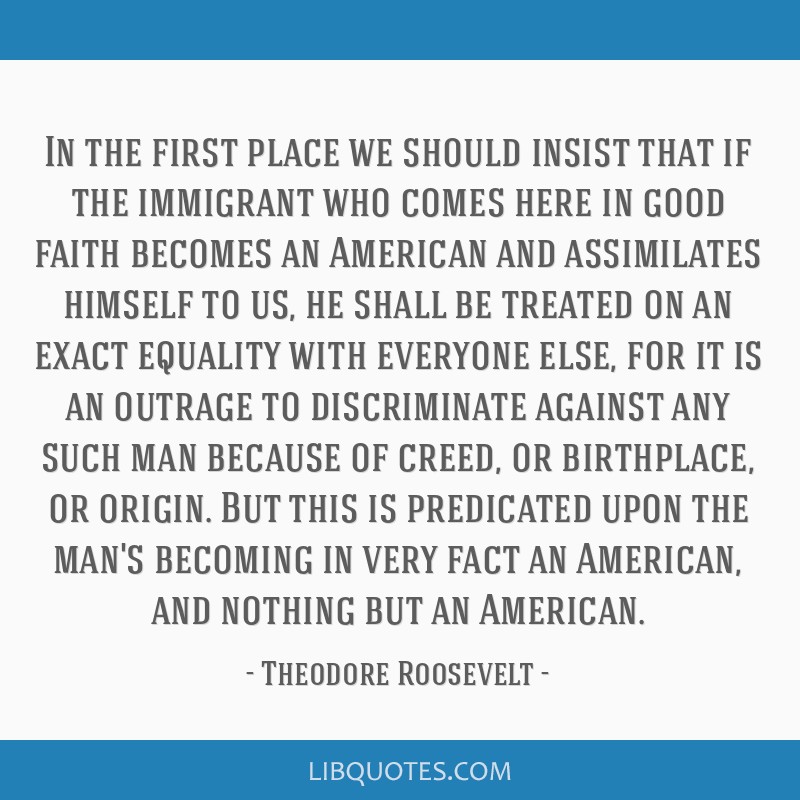 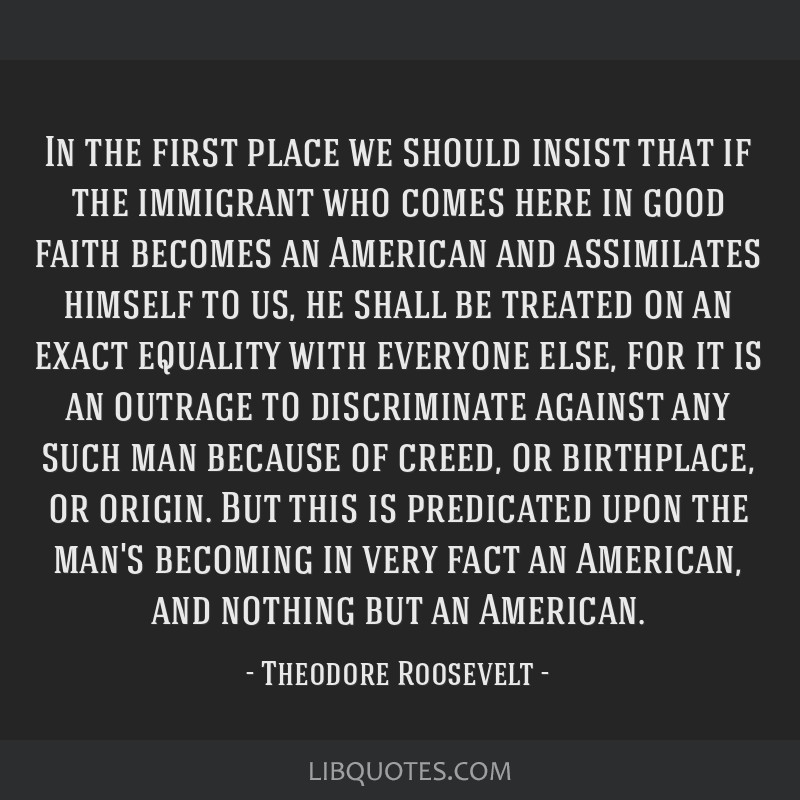