On the longest of timescales, over millions of years, the workings of chance defied human intuition. Humans were equipped with a subjective consciousness of risk and improbability suitable for creatures with a lifespan of less than a century or so. Event that came much less frequently than that—such as asteroid impacts—were place, in human minds, in the category not of rare, but of never. But the impacts happened even so, and to a creature with a lifespan of, say, ten million years, would not have seemed so improbable at all.
Given enough time even such unlikely events as ocean crossings from Africa to South America would inevitably occur, over and again, and would shape the destiny of life. 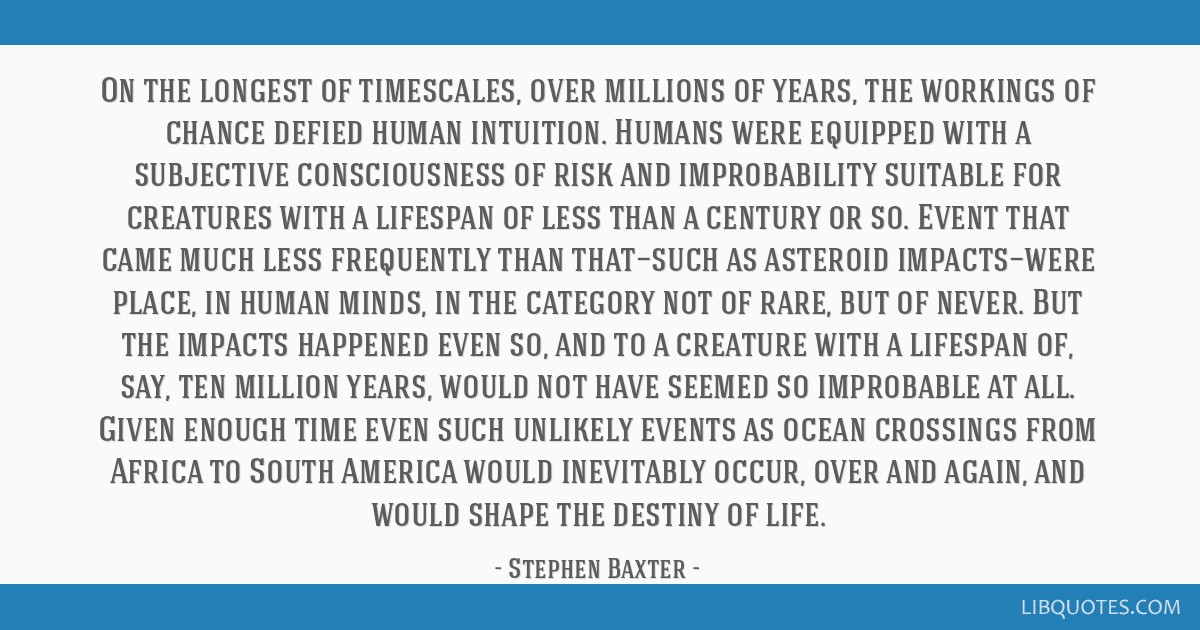 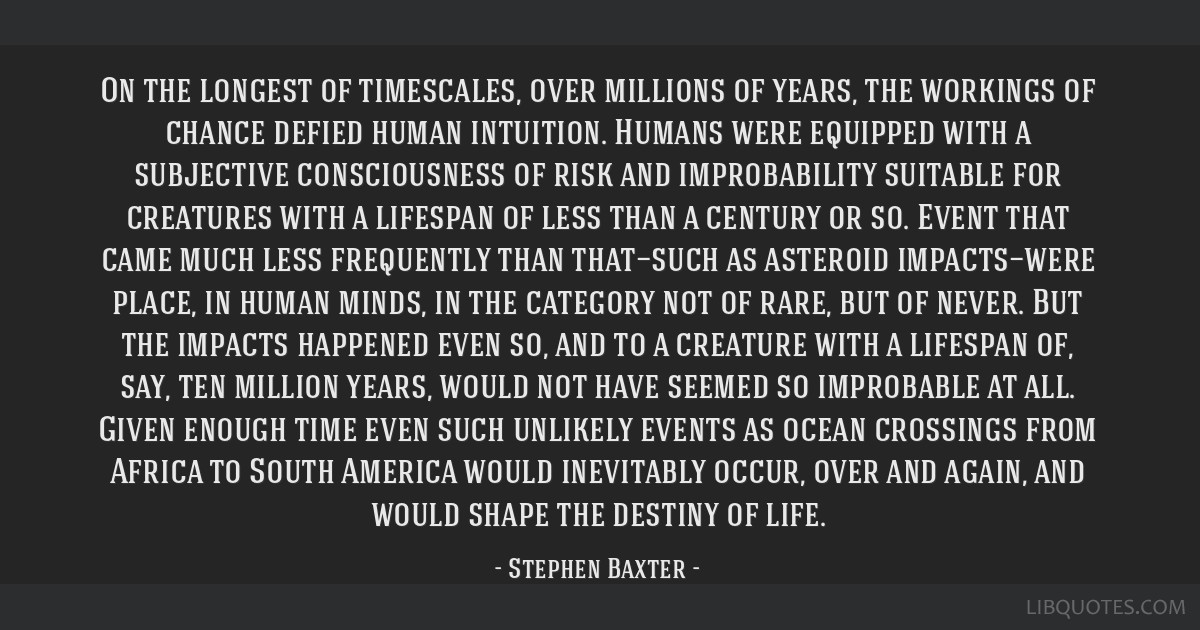 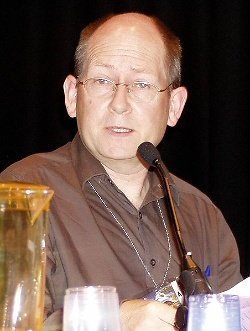