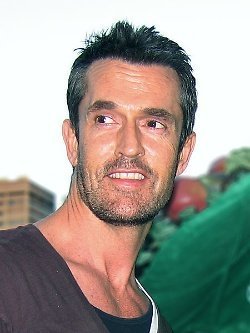 Creative Commons
Born: May 29, 1959 (age 63)
Bio: Rupert James Hector Everett is an English actor and writer. He first came to public attention in 1981, when he was cast in Julian Mitchell's play and subsequent film Another Country as an openly gay pupil at an English public school in the 1930s.
Known for: