Creative people, as I see them, are distinguished by the fact that they can live with anxiety, even though a high price may be paid in terms of insecurity, sensitivity, and defenselessness for the gift of the "divine madness" to borrow the term used by the classical Greeks. They do not run away from non-being, but by encountering and wrestling with it, force it to produce being. They knock on silence for an answering music; they pursue meaninglessness until they can force it to mean. 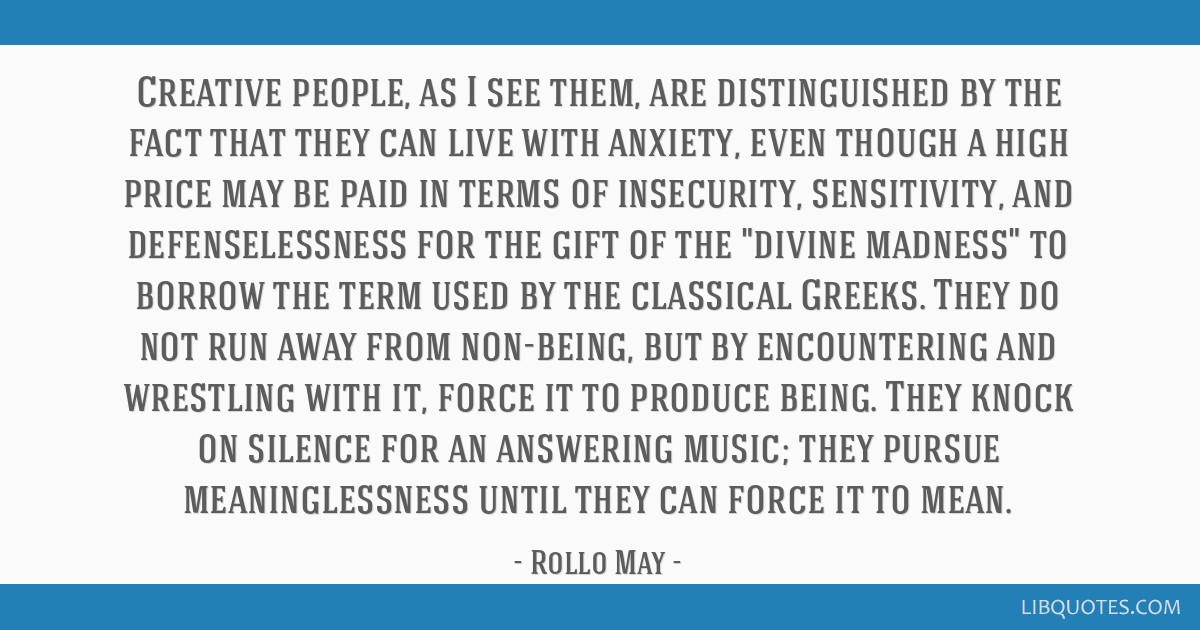 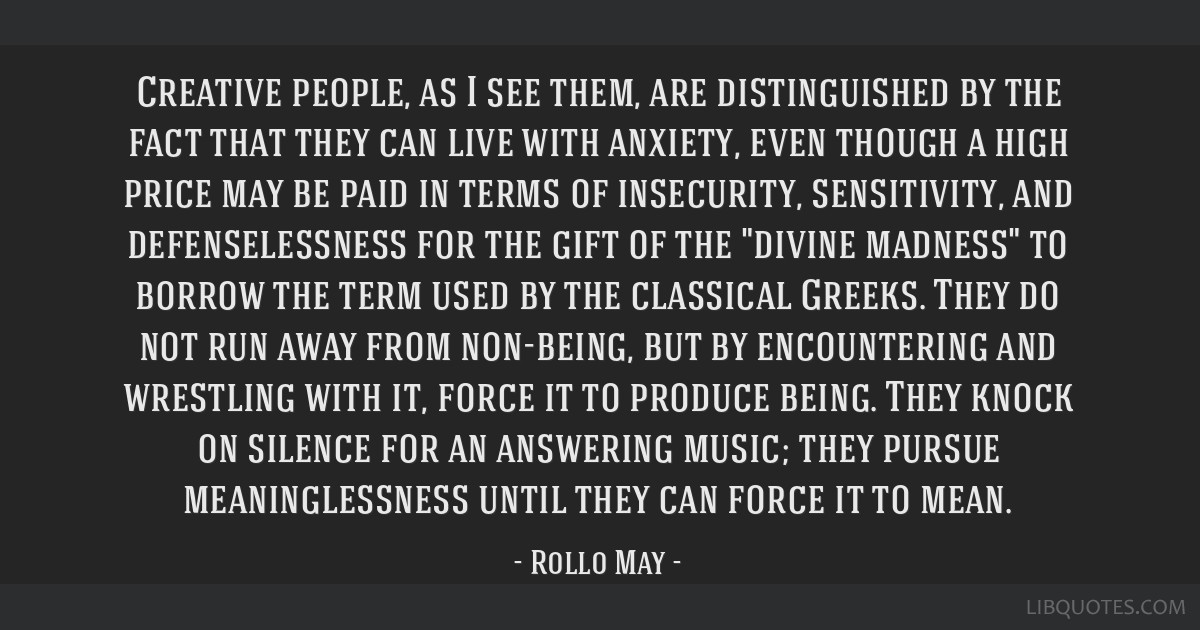 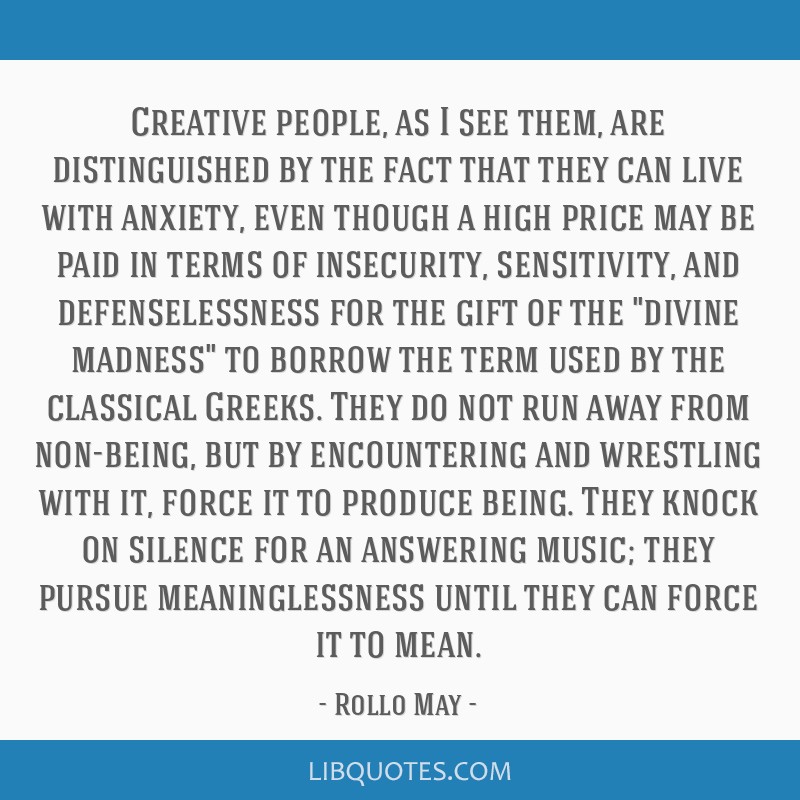 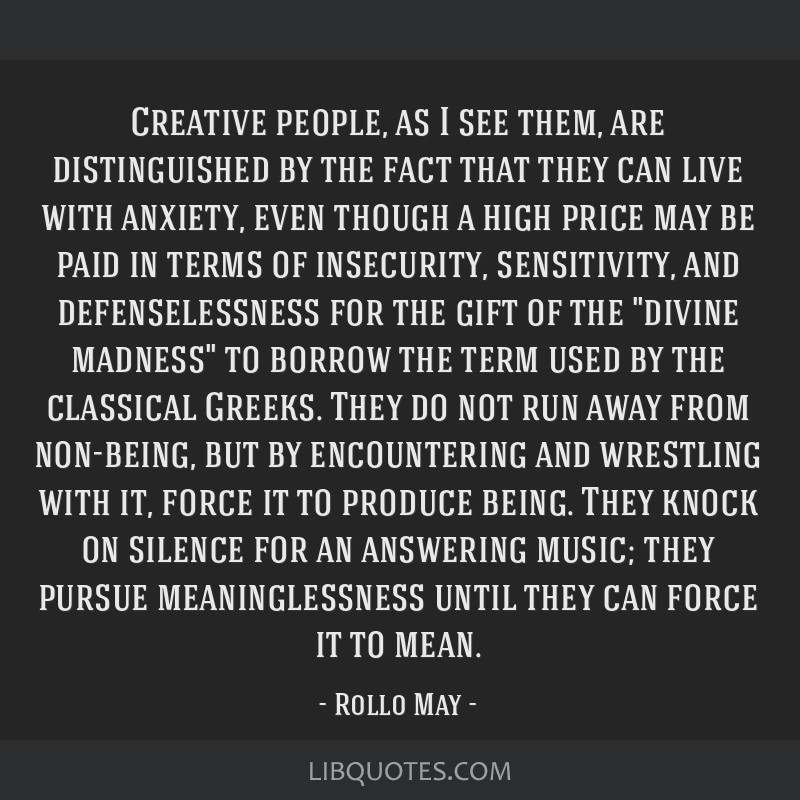 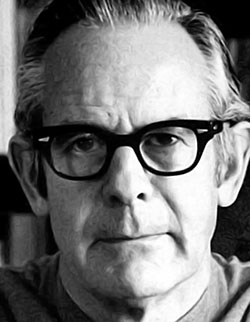