[T]he view that anti-Communism equals Fascism remained obligatory in countries subject to Communist censorship until the advent of Mikhail Gorbachev's glasnost. It was prevalent also in foreign 'progressive' circles. Western scholars who had the temerity to link Mussolini or Hitler with Communism in any way or to depict their regimes as genuine mass movements risked verbal or other forms of harassment. 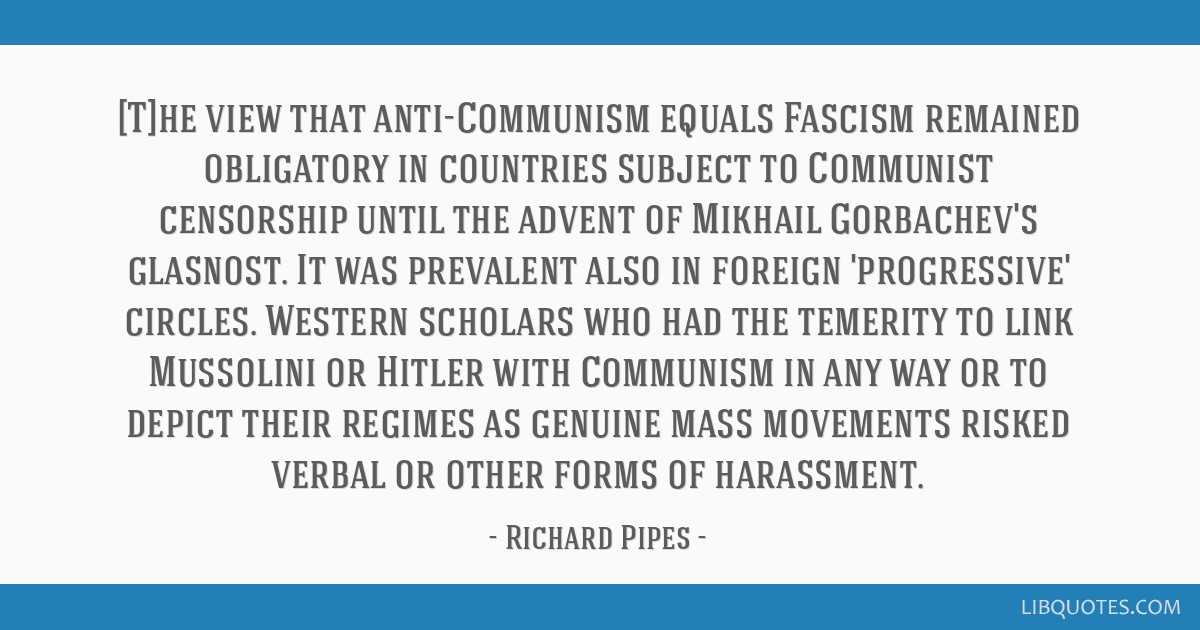 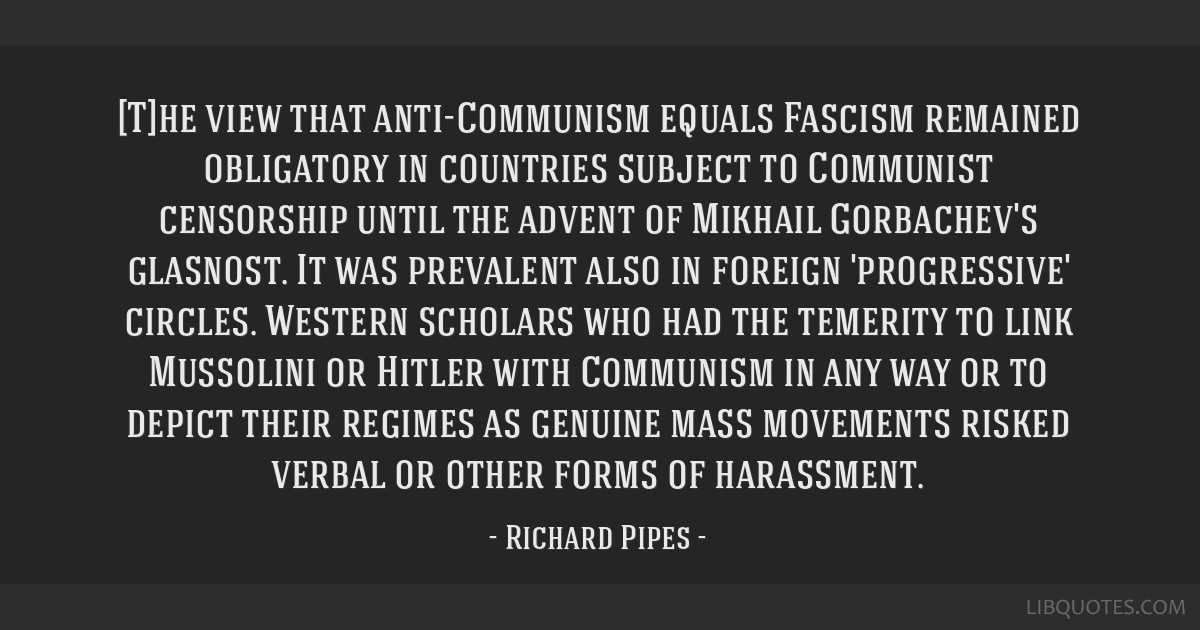 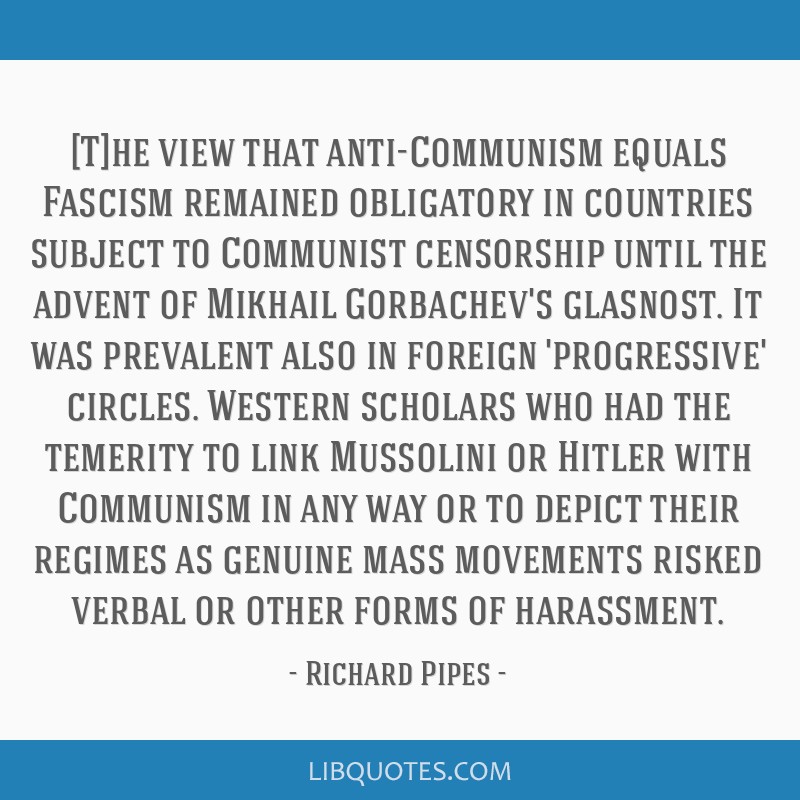 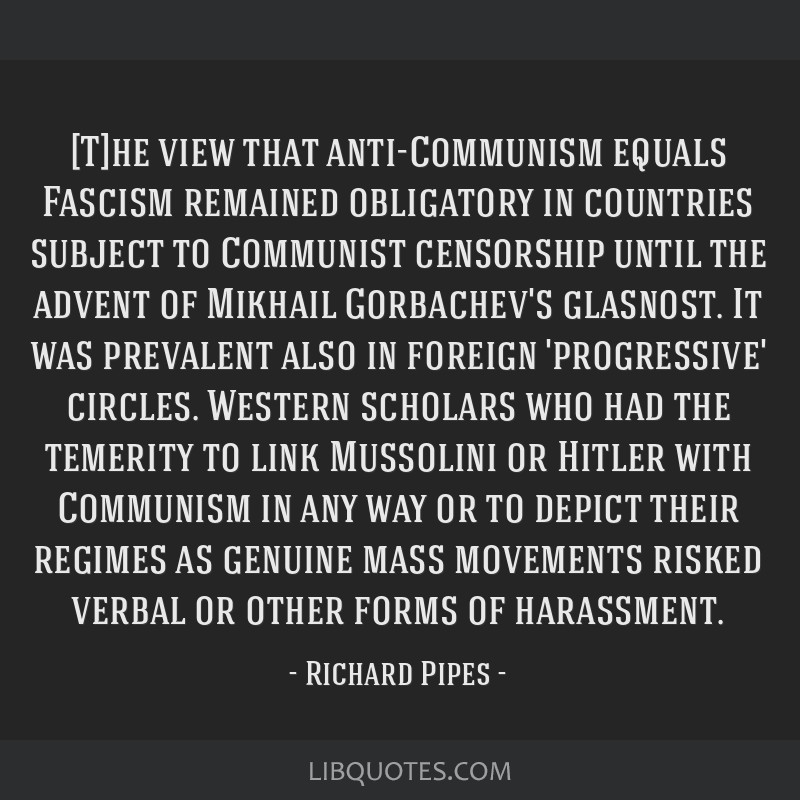