For historians of the left even to raise the question of affinities between Soviet Communism and 'Fascism' is tantamount to conceding the possibility of a causal relationship. Since 'Fascism' for them is by definition the antithesis of socialism and Communism, no such affinities can be admitted and the sources of 'Fascism' must be sought exclusively in conservative ideas and capitalist practices. In the Soviet Union this trend went so far the under Lenin, Stalin and their immediate successor, it was forbidden to use the term National Socialist. 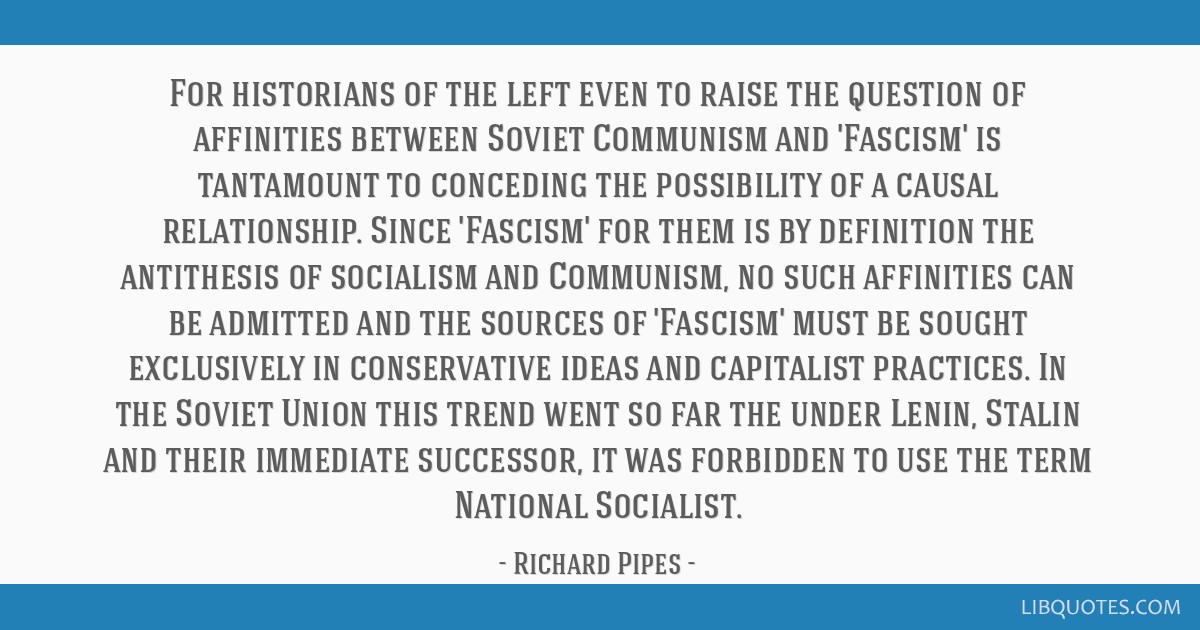 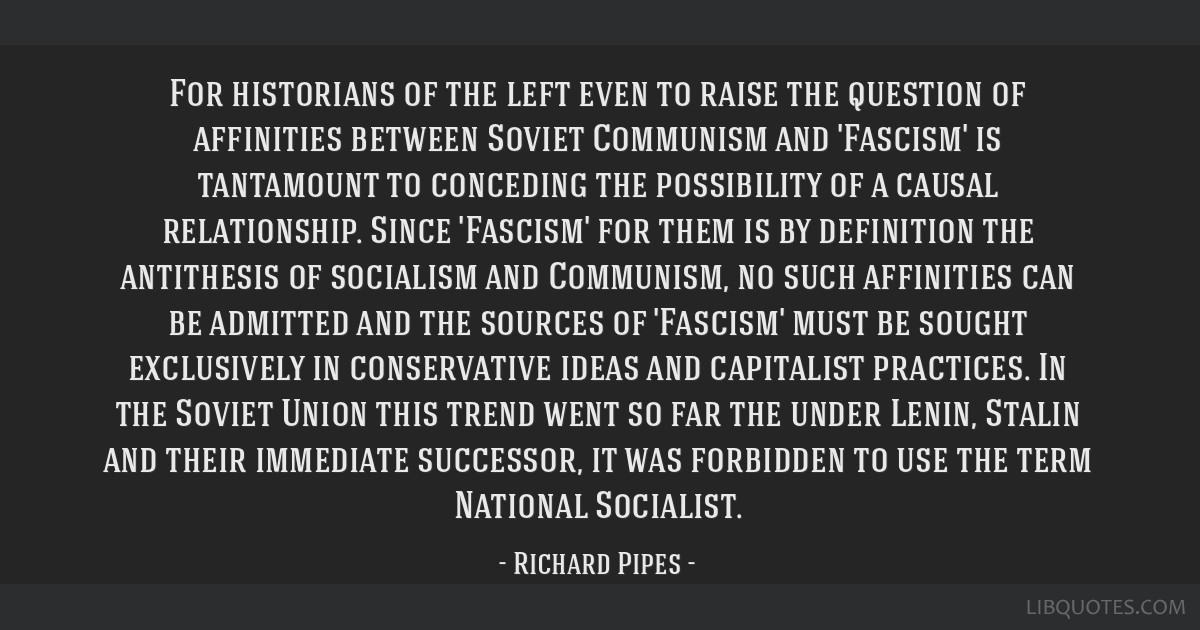 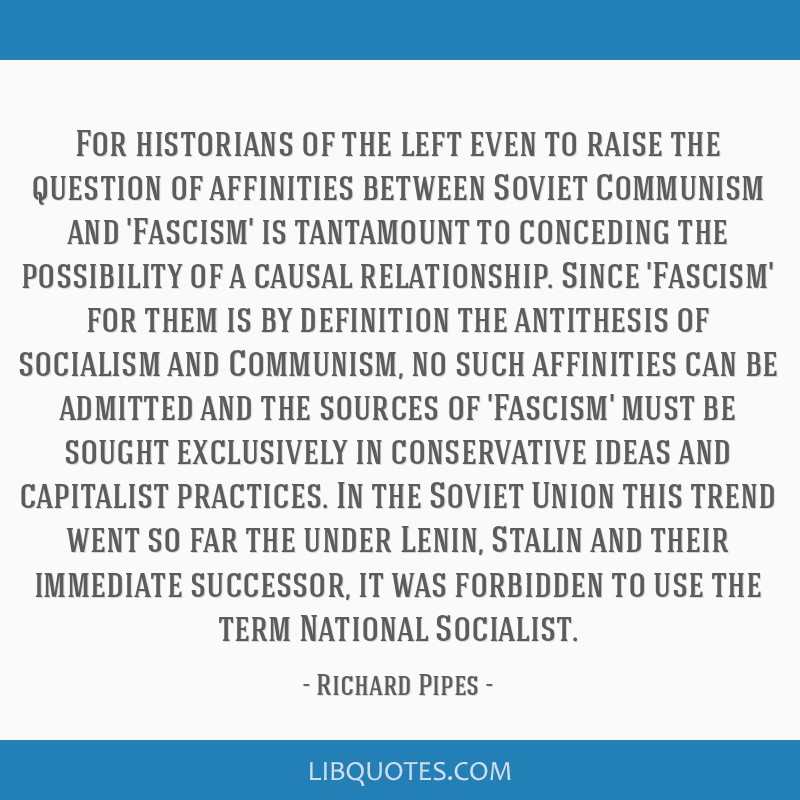 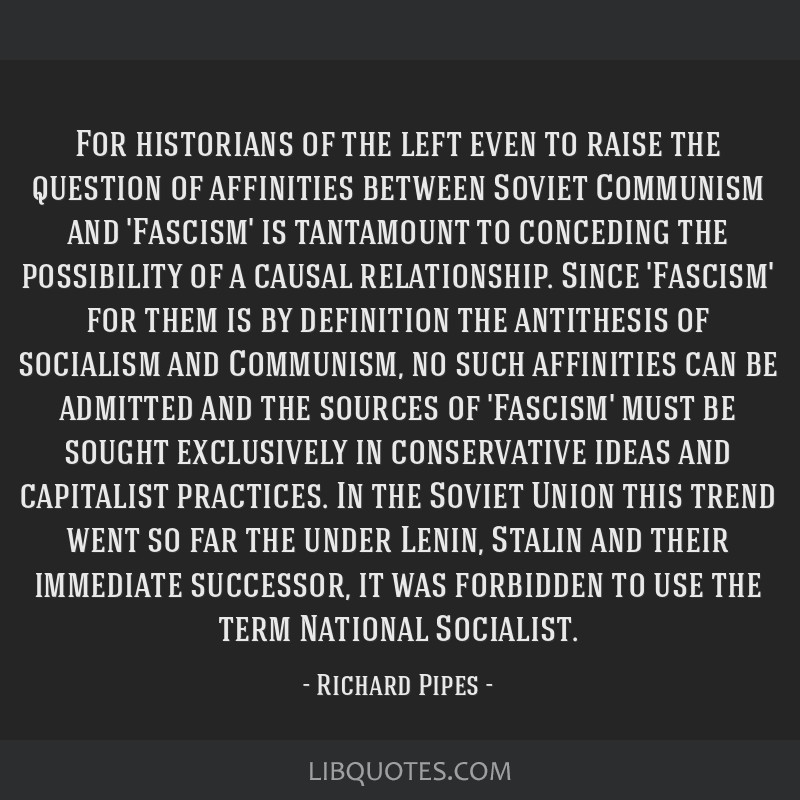