In 1925, Goebbels and Strasser argued in the Nazi daily, Völkischer Beobachter, that only the introduction of a 'socialist dictatorship' could save Germany from chaos. 'Lenin scarified Marx.' Goebbels wrote, 'and in return gave Russia freedom.' Of his own Nazi Party, he wrote in 1929 that it was a party of 'revolutionary socialists.' 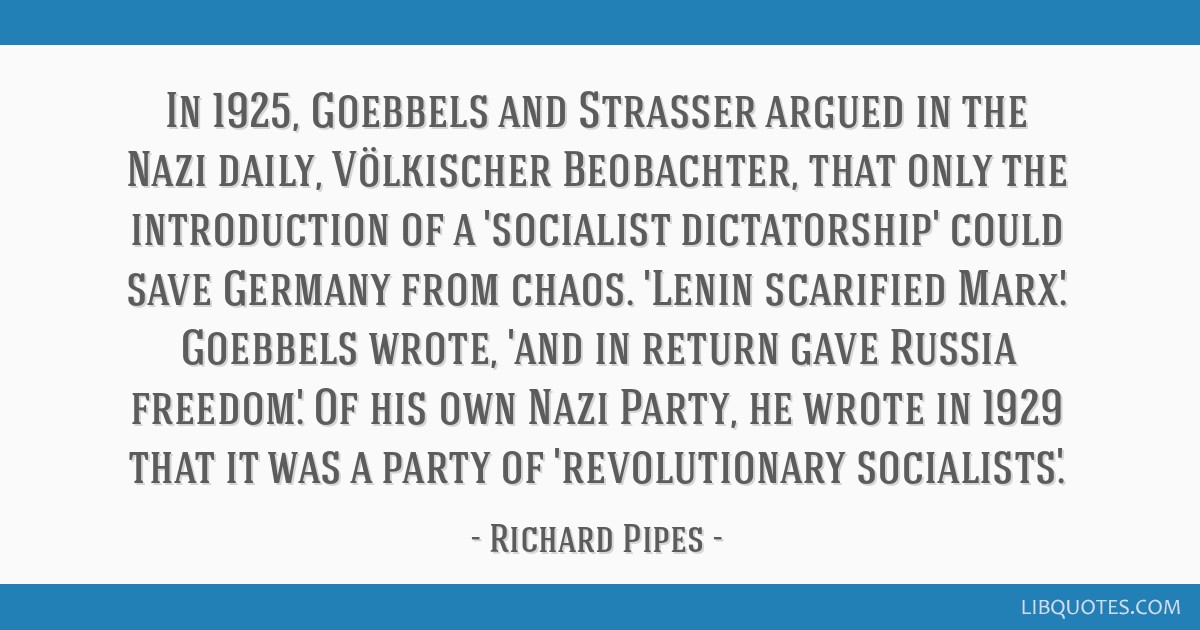 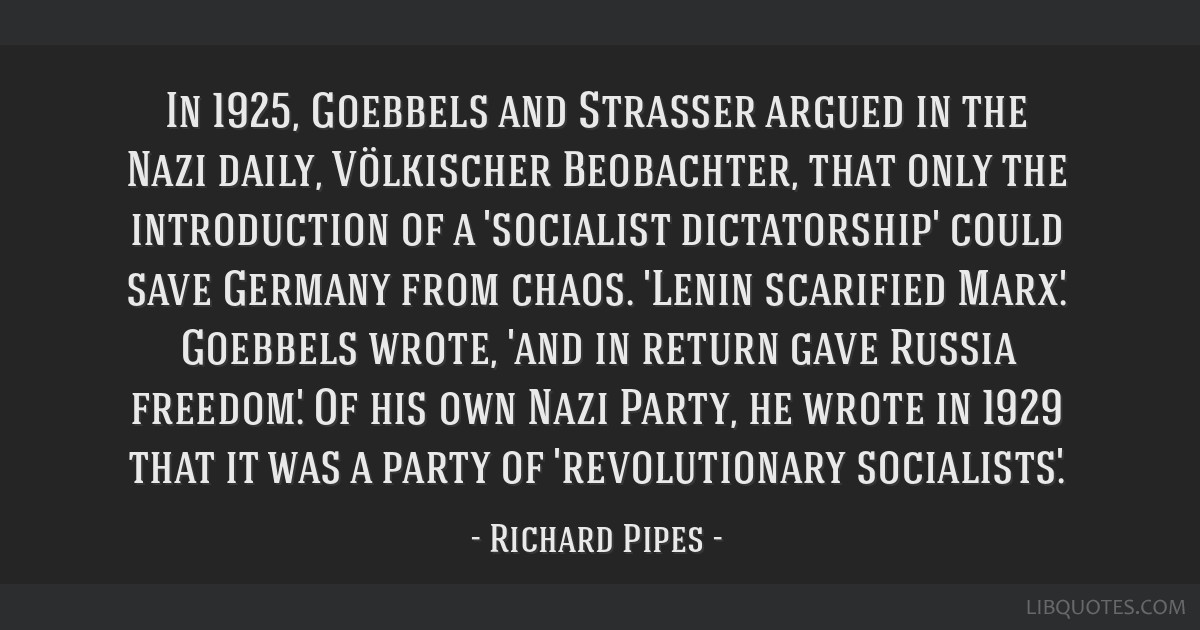 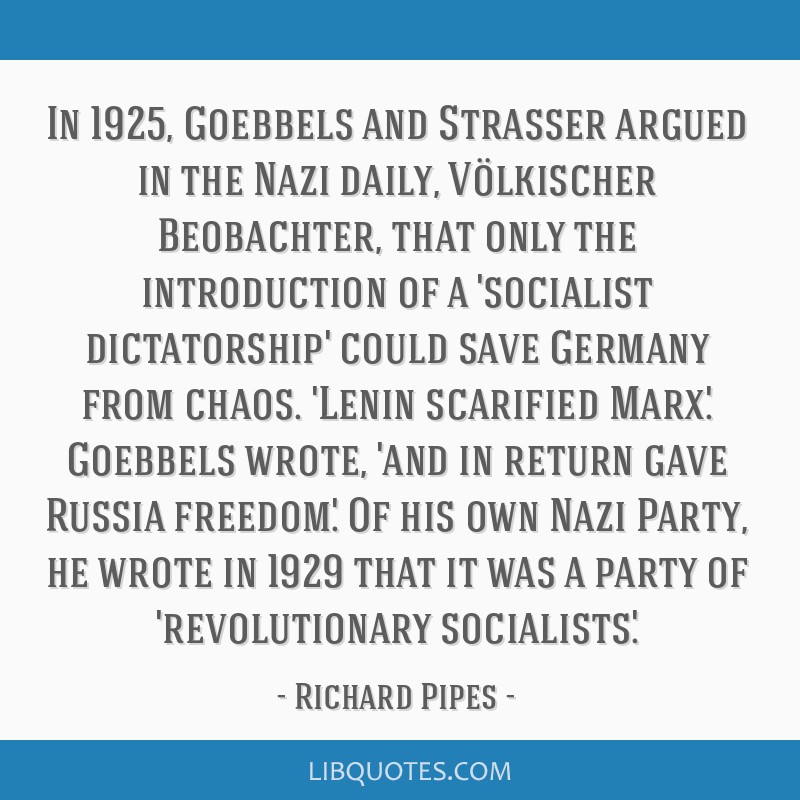 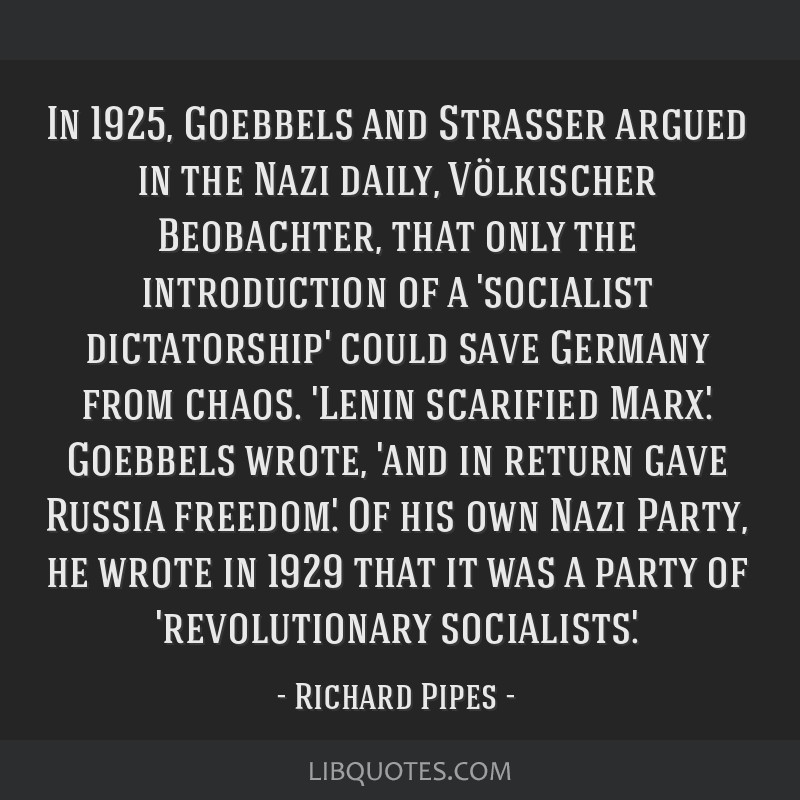